One of the problems we have in the Experimental/kit aircraft world is actually defining that world. Plans and kits exist for such a wide variety of aircraft types, speeds and capabilities that it is almost impossible to describe the category. The only constant is that they are built for education and recreation—beyond that, the sky is the limit. And because of that, it is tough for us here at KITPLANES® to cover the field in a way that fully satisfies everyone, every time.

For instance, we received a letter last month from a loyal, longtime reader who took us to task for putting an expensive, twin-engine airplane on the cover. He felt this was so far out of reach of the average builder—whoever that might be—that we had totally betrayed our past and principles and were heading down the road of other aviation magazines that have been accused of the same thing.

In our defense, however, I would point out that only a few issues later, we led off with a review of a new single-seat, simple design that is probably well within the skill level and financial means of anyone who is seriously thinking about building their own airplane.

In this issue, we feature another impressive and expensive machine, while at the same time highlighting a replica of a WW-1 Sopwith Pup. How’s that for a split personality? 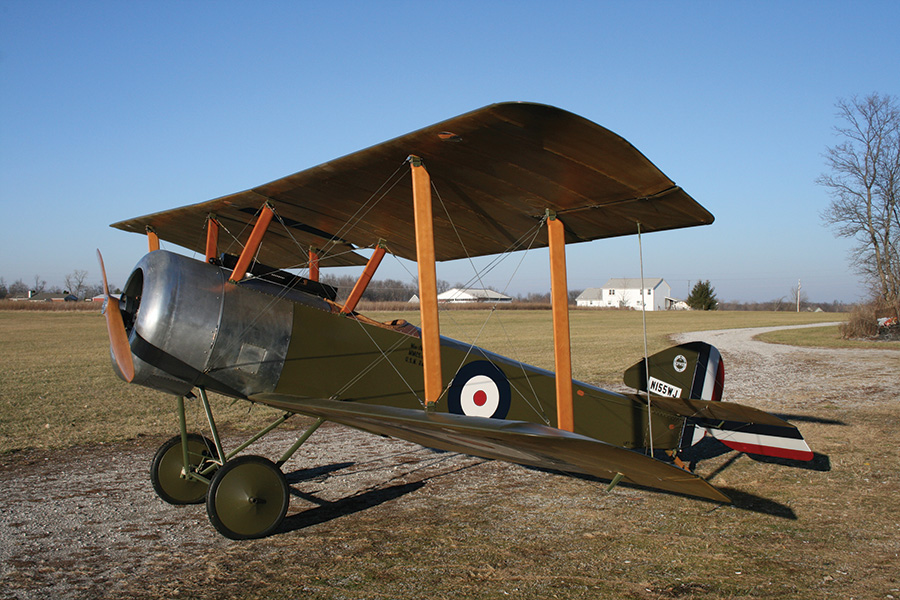 Homebuilt aircraft—they don’t all have turbines.

Experimental aircraft vary in materials, construction techniques and systems complexity. Many have avionics more capable and complex than a modern airliner—while many more have no electrical components besides magnetos and spark plugs. Between those two extremes, we have enjoyable aircraft at every level of cost and configuration.The common denominator is that for some, these airplanes represent an accomplishment that few humans know—the conquest of flight. And for most of us, they also represent a means of having fun, both in the building and the flying.

The articles you read in these pages will teach you to do many things, from how to properly cotter pin a bolt, to the finer points of stitching a rib. You can learn advanced fiberglass technique, then turn the page and see a technique for safety-wiring prop bolts. It’s all part of the game, and while none of it applies to everyone, all of it will be useful to someone.

It is in the diversity of the field that I find interest—the mere fact that every time I peer into an open hangar door, I might find a gem of an antique replica or the latest go-fast design that can whisk its owner across the country in a few short hours. Experimental aviation is truly the proverbial big tent where all should be welcome and we learn from each other. I personally have spent a lot of my recent years with all-metal airplanes, but before that, I had a wood-spar Cub and several others. I have yet to own an all-composite aircraft, but I wouldn’t rule it out. It would be yet another experience in the wide world of flying machines. Diversity is important in the natural world because it helps things survive; for the same reasons, it is important to all of us in Experimental aviation. We need to welcome all who enjoy flying machines, be they fixed wing, rotorcraft, gliders or Experimental balloons. There is strength in numbers if we stick together, and strength is important because, while we understand the pure joy of this activity, others do not.And some of those others can write regulations and determine if your locality has a place to fly or not. We can’t afford infighting among our own kind—and by own kind, I mean aviators.

So the next time we put an aircraft on the cover that isn’t quite your cup of tea, I’d ask you to at least understand that there is someone out there that built it because it made them feel good and got them into the air. Your type will come along soon—and if it doesn’t, drop me a note. I am always looking for new airplanes, techniques and materials that we can write about here at KITPLANES®.

James B. Dabney - December 19, 2014
0
Are your airspeed indications accurate?