Home Magazine Exploring Under the Cowl 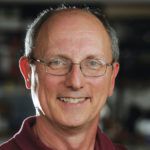 Unlike my excellent predecessors in this job, I came to the magazine editing business more or less by accident. I didn’t grow up yearning to become a professional journalist, and while writing is something I have done for a long time, putting together a magazine has been a new experience every month. While the struggle to learn the job and put out a quality product for our readers is an interesting challenge, I must say that being a new guy around here has its advantages—I get to look at everything from a different angle. The truth is, I see myself as a customer, just like most of you. I’m a long-time builder and pilot who has read aviation magazines since I was a teen. I look at things from an outsider’s perspective and am constantly asking the same questions about why magazines do certain things a certain way. I want to know how things work.

Finding out how stuff works from the inside is always fun, so let me share one of the things I have always wondered about—the relationship between advertisers and the magazine. The question—to put it bluntly—is this: Can a magazine that sells advertising and reviews products be trusted to do so on the up-and-up? When a reader sees a glowing review of a product or service, how do they know that the review is honest, and not written to please the advertiser? It’s a good question—one I have asked many times myself—and it deserves an answer.

Advertising dollars do pay for a lot of the paper and ink in magazine production, the percentage having a lot to do with the specific publication. If you pay just a little for the magazine and get a lot of pages, you have to ask where the money is coming from, don’t you? Big, popular magazines are like that. Specialty magazines like KITPLANES®, on the other hand, cost more for a copy or subscription because the buyer/reader pays a lot more of the production costs and the advertisers a lot less. That’s the pure and simple economics of it.

When I started as editor in chief, I learned that we had an editorial department, (run by yours truly) and an advertising department, run by our ad manager. That’s Chuck Preston, the guy that sells all of the ad space you see sprinkled throughout the pages. My first day on the job, I chatted with Chuck and he told me that I shouldn’t worry about advertising—it was his job—and that he would never, ever, ask me to alter editorial content to please an advertiser. And to this day, he has been true to his word. For better or worse, the editorial content of the magazine is untouched by advertising considerations.

So why then, as we all notice, are reviews of aircraft, engines, radios, and other products predominantly positive? (Yes, it is true—I track them!) We like almost every airplane we fly. Most kits turn out to be well thought out and fairly complete. Radios often have more features than anyone could ever want, and we love them. Are we being honest, or just pandering to those who might buy some ad space? The answer is actually quite simple—most developers, engineers, and businessmen are reasonably smart. They want their products to be accepted and sell in the open market. And they know that a bad review isn’t going to do them much good.

So, they don’t give us products to review until they are ready. It’s that simple. Most aircraft and kit designers are pilots, and they know when an airplane still has teething problems. They fix them before they present them for review. We don’t see these products until they feel they are ready for the market. We fly them, test them, look into the kit boxes, and let you know what we find—which is usually reasonably good.

Do we ever find a dud? Yes, we do. And if the product is something that is getting a lot of play in the press, we’ll tell folks honestly what we have found. But that rarely happens because the market, our readers, and the community are also pretty smart. If you hear of a new whiz-bang airplane, engine, or radio that is being released, but then see little or no press on it, that should tell you something right there.

I have done a lot of beta testing, consulting, and flight testing in my career (it says so right in my bio down at the bottom of page 2). Long before I was a writer, I took a look at flying machines and equipment, and made recommendations for how they could be improved. I did that to help companies improve their products before they brought them to market. That is totally separate work from journalistic reviews. Some things are pretty rough when they first fly, but until the manufacturer offers them for sale, telling the world about teething problems is just unfair gossip. The products we review are generally good because they have taken the time to get them right before we see or fly them.

When we present performance specifications, we get them from the manufacturer, and say so at the end of the data block. We don’t get enough flight time to do detailed performance flight tests; but we do spot checks, and if we see a difference, we write about it. We also use a little common sense and engineering knowledge. We know that you’re not going to go 200 knots in a four-place airplane with 100 horsepower—and the manufacturers know that we know that.

Pretty simple, huh? It sort of restores your faith in humanity that airplane manufacturers are proud enough of their designs—and their name—to make sure they are right before bringing them to market. And we are concerned enough about the KITPLANES® name and reputation that we aren’t going to lie. Positive reviews are simply the result of a development and flight-testing process that works. It’s also evidence of a Darwinian process that ensures the fittest do survive, while the weak don’t make it to market.

One of the best parts about editing KITPLANES® is the opportunity I have to find new voices in the community and bring them to the magazine to share their experience and thoughts with a wider audience. This month, we welcome long-time homebuilder, pilot, mechanic, and DAR Vic Syracuse to our line-up of regular contributors. We hope that you’ll give him your attention for a little while each month as he shares what he has learned in many decades of aviating and building in the Experimental world. I first met Vic at a fly-in near El Paso, Texas, when he invited me to fly along in his RV-10 for an early-morning formation photo mission. I slid into the right seat and Vic quickly and confidently briefed me on the airplane as he went about preparing for the mission. He had that quiet ability to turn two strangers into a flight crew in a few short minutes of discussion, a sign of a knowledgeable and mature person who is a natural instructor.

I realized then—and know now—that he is not only technically knowledgeable, but he’s a great teacher as well, knowing how to give his students the opportunity to learn while covering them if they make a mistake. Vic knows that there is almost always more than one way to solve any problem, and is happy to share not just his answers, but the methods he used to get there. To paraphrase that old saying, he knows that if you drive a rivet for a builder, the builder has a set rivet; if you teach the builder how to drive the rivet, he’ll be able to drive the rest of the rivets himself.

Welcome aboard Vic—we look forward to seeing what you have to teach.

As a member of the Aircraft Kit Industry Association, KITPLANES® is happy that we will occasionally give our readers a window into AKIA. The association was formed in 2012 to bring together the leaders of the aircraft kit industry, to represent aircraft kit manufacturers, designers, suppliers and supporters, and to provide them with a unified voice in the promotion and safety of the aircraft kit industry. From time to time, KITPLANES® will feature notes and articles from AKIA member companies and their leaders to give our readers an insight into what makes our community work. This month, we hear from Richard “Van” VanGrunsven, founder of Van’s Aircraft, a popular kit company with over 8,000 examples of their kits known to be flying around the world.