The day was far from ideal, with strong winds interspersed with gusts over 40 mph at dawn. By mid-morning the wind had abated just enough to allow flying the sensitive GP-5, with Behl opening with a two-minute effort in the standing start 3000 meter climb from Mojave’s runway 26. Sounding like a cammed-up small block Chevy hot rod—because it’s powered by just such an engine—the GP-5 snarled with ferocious acceleration into the stiff Mojave wind, then smoothly transitioned to about 40 degrees nose-up before climbing out of sight.

Unknown to observers, right at the top of the 10,000 ft climb the GP-5’s engine gave three big surges then went silent. Behl pushed over immediately hoping both that he had climbed high enough to complete the record attempt, and perhaps more immediately, that he could get the engine restarted. In fact, the engine relit as soon as the nose was lowered because the combination of a light fuel load and steep climb had unported the tank’s pickup.

After landing to download the official recording data and refuel, Behl was up again to run the separate 3km and 15km courses in one flight. The gusting wind gave a hammering +5/-3g ride that visibly upset the GP-5. Another difficulty was locating the nearly featureless 3km track despite trucks with their headlights on marking each end. There are simply too many parallel dirt roads around the Mojave airport for the course to stand out. Otherwise the runs were uneventful.

Unofficial, preliminary data showed a two minute 3000 meter climb, easily better than the existing 2:20 second record held by Bruce Bohannan. Both the 3km and 15km dashes were made at 372 mph compared to the 352 mph record held by Jon Sharp in his Nemesis NXT. Brian Utley, the official NAA observer is still reducing the atmospheric variables of Behl’s runs before releasing the official results, but they should be very close to the preliminary data.

More records will no doubt fall later this Record Week as several other teams are sharing the expense of NAA observers in the days leading up to the Mojave Experimental Fly-In this Saturday, April 19. 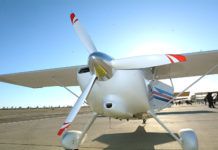 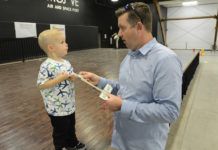 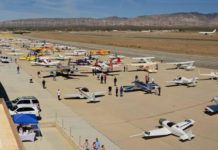 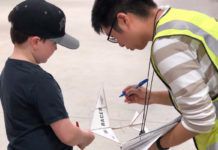 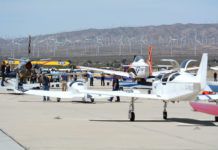 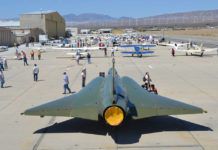 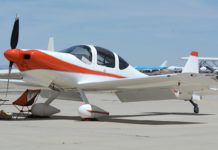 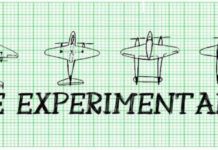