In my wallet, I have two plastic cards from the FAA. On the back of one of them is an image of the Wright brothers, the inventor of the airplane. On the back of the other is the image of an equally important—but much less famous—individual, Charlie Taylor, arguably the inventor of the airplane engine. Without the 12-hp engine built by Taylor, the Wrights would have gone down in history as the best glider pilots of their time. Now there is no doubt that the simple (by our standards) powerplant was a collaborative effort, but it was Taylor who created the parts and brought them together into a working engine. That engine turned the props that started the drive to the machines that power our aircraft today.

Choosing a powerplant for a homebuilt aircraft is probably one of the most critical decisions a builder must make. Whether they are building from a kit, from plans, or have drawn the blueprints and are working from their own imagination, determining what will power the machine is a key to both performance and cost. When I was studying aircraft design so long ago in school, we were taught that airplanes are really designed around engines, and you’d think that simple fact should make the decision simple, once the aircraft design has been chosen. Yet as tinkerers and experimenters, we seem never to be satisfied with blindly following the choice of the designer. Well, many are, and they are usually quite happy with the end result. But the truth is that where a Continental A65 will fit, so will the 75-hp version of the engine, or the 85. Heck, you can probably bolt an O-200 on the airframe, and it will fit just fine. 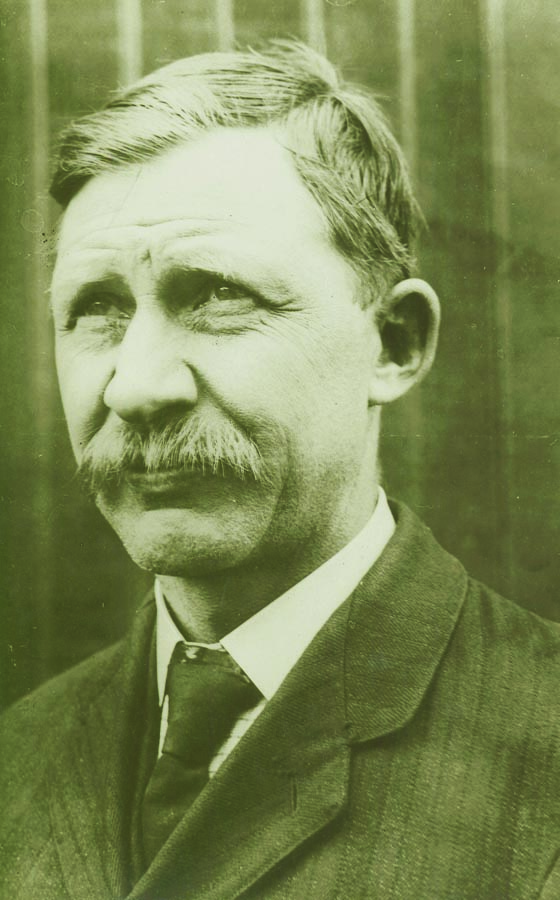 Because the Wrights could not find a suitable automobile engine, Charlie Taylor built from scratch the 12-hp engine that powered the brothers’ 1903 Flyer.

The same thing is true in the popular world of airplanes designed for Lycomings (and their clones). Where an O-235 will fit, you can most likely mount an O-320 or a -360…you just might need a touch more cowl space. When it comes to complicating what should be a simple decision, we (as builders) are masters. And we haven’t even touched on the vast number of engines available that are new to the aviation market, or that were originally designed for purposes other than committing an act of aviation.

This issue brings you our annual Engine Buyer’s Guide—a compendium of all the engines we can find that are available and in use for the E/A-B market. We have looked far and wide—worldwide, in fact—to provide as complete a listing as we can to help those looking for the perfect powerplant for their project. While the quickest and simplest way to get your project in the air is to use whatever the designer intended, we know that many are looking for something different, and our goal is to provide those builders with a catalog of ideas and contacts that makes it easy to explore the world of aviation powerplants.

So what makes an aircraft engine? First, like the lowly 12-hp Taylor/Wright of 1903, comes a power-to-weight ratio that is light enough to get off the ground. A steam engine can be designed to provide plenty of horsepower and torque, but only a few have ever been built light enough to get off the surface of the planet—unless, of course, they did so by exploding. Power to weight and compact size are things to look for if you want to build an efficient flying machine.

Of equal importance has got to be reliability. As we always say, if the engine quits in your automobile, you can generally pull over to the side of the road. If the engine quits while you’re in the air, your return to earth is going to come more quickly than you had anticipated and probably not at a spot optimized for the event. For that reason, you need a powerplant package that can be depended on to keep running and producing thrust for as long as you intend the flight to last.

Reliability is a tricky thing. Modern automobile engines are extremely reliable. I remember 50 years ago when it was a big event to watch a car’s odometer roll over the 100,000-mile mark. In today’s vehicles, that’s just about time for their first tune-up. By the same token, when I started flying back in the early 1970s, everyone I knew that flew a considerable number of hours had experienced an engine failure of one sort or another. Because of that, we really took seriously the admonition to always keep looking for a place to land. But time has yielded improvements in design, materials, and production. Modern motors marketed solely to the aviation market are often referred to these days as “bulletproof,” and sure enough, the occasional outright failure is a matter of significant note because they happen so rarely.

Yes, the effects of such a failure are still potentially more severe, but with good maintenance, an engine can be expected to keep running—so long as you keep it fed with fuel and air. Power failures still happen, of course, but they are more often due to accessory issues like ignition and induction—and that ever-present bugaboo of trying to run the engine purely on air, with no fuel left aboard the flying machine. That never works out well.

The funny thing about engine reliability is that it is sort of like experience. Reliability comes with experience, but experience is obtained by poor reliability. Every engineer who has ever created a machine believes that they have thought through every possible failure and designed those failures out of the product. But failures still happen, again and again. Those failures are the ones that no one imagined—and the human brain seems destined to be finite, so we simply don’t think of all the things that can go wrong. Years ago, we all believed that after a prop strike, if the crankshaft flange dialed straight, the engine was good to go. But experience showed that sometime after the event, a certain number of Lycoming-type engines simply quit running due to the crankshaft gear bolt backing out, the gear coming off, and the accessory gears refusing to turn on their own. This was just one of those failures no one thought about until they saw it happen.

The same thing is true with just about any machine—powerplants particularly—designed by humans. Without experience, we can’t imagine all of the ways they can fail. So, we have to go out there and get that experience. And that is the true essence of experimenting. While the vast number of homebuilt aircraft are licensed today with purpose-built “aircraft engines,” there are still a goodly number of people willing to experiment with converted engines—or with the brand-new, clean-sheet-designed aircraft engines that are out on the market that have yet to build their own reputation for reliability. That doesn’t mean there is anything wrong with them. We simply don’t have a deep library of experience we can draw on to determine their overall reliability.

So when you’re shopping for an engine for your project, you should keep these things in mind. There is absolutely nothing wrong with trying something new—as long as you understand that there are always going to be some “unknown unknowns” that might rise to bite you. The same thing can happen with the more seasoned engine choices, of course. But history shows that the fewer hours on an installation, the more likely there are to be a few surprises.

Choose wisely, and within the limits of your experience, ability (and patience) to experiment—and enjoy the process!

Barnaby Wainfan - September 14, 2022
7
A V-tail is a configuration where the horizontal stabilizer and vertical fin are replaced...

Bob Hadley - February 14, 2020
3
Compressed air is one of the great, yet unheralded, conveniences of the modern workshop....