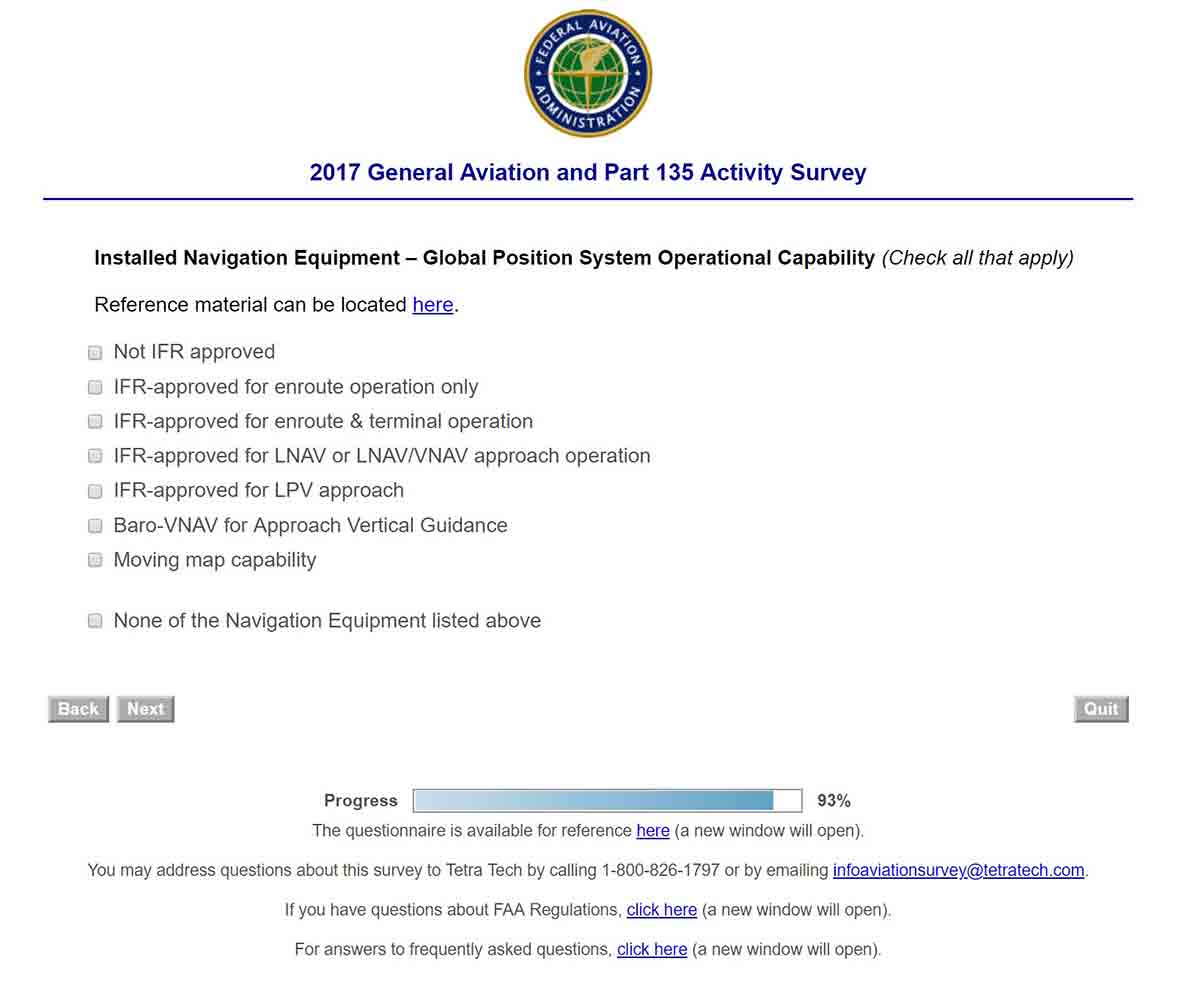 I got one of those little postcards in the mail today – the ones you get from the FAA semi-occasionally that ask you to participate in the annual aircraft survey which is used “to calculate fleet size and the hours flown by the general aviation community”, to quote the p[postcard. The card is addressed to the owner of a particular aircraft (this year it was referencing our Dream Tundra) and send you to the web to take the survey, which is conducted by a contractor.

Now I have seen many references to this annual ritual on homebuilder websites and forums, and a wide array of responses from “yeah, no problem, I like to help the FAA” to the other end of the spectrum which is something like “I’ll help the government with information when Hades freezes over!” Now, in the interest of full disclosure, you have to realize that I worked for thee federal government for almost 34 years, so I have an inside knowledge of the inner workings of agencies that conduct these kinds of surveys. So take my views for what they are worth – but I don’t mind providing data that can help the industry overall.

As a member of the EAA’s Homebuilt Advisory Council, I get to see some of the inner workings of how the EAA works with the FAA – how the sausage is made, so to speak – and I know that there are plenty of good people in both organizations trying to make our lives better and to protect our rights to fly in U.S. airspace In order to do that, in order to improve programs, the improvements (and new ideas) need to be sold up the chain of command. And the way that is done is with supporting data – statistics. The only way to get those statistics – without requiring everyone to file flight plans and submit inspection reports every time they fly or work on their airplane – is to ask for pilots and owners to voluntarily supply some data.

So I went on the web just now, and completed the survey. It took me about four minutes, start to finish. They simply ask questions about how many hours the aircraft had flown this year, and if it had been used for personal use or business. They wanted to know how many hours had been used for flight instruction. They wanted to know how it was equipped (in this case, VFR only), and if I had ADS-B In and Out installed (yes and yes). They have a nice list of various electronic equipment they want to know if I have, and it is satisfying to check off so many items, and to see just how far aviation has come in providing information to the pilot in such a short number of years.

Nothing in the survey looks incriminating, and nothing appears to be useful for nefarious purposes. I didn’t have to put anything down that might have tagged me for a violation of any kind – and if I can help normalize accident rate data by giving them a better idea of hours flown, that’s a good thing – it makes the statistics more realistic.

But, of course, that’s all my opinion – you’re free to participate or throw the little card away as you like. Personally, I know there are a lot of hard-working and dedicated folks in the government that really want to make things better. Yup – there are a few bad apples – but there are fewer than most think.  Give the survey a try – you can always quit before the end if it really worries you.

Kitplanes - October 17, 2008
0
More Power, Scotty! I just read the article about the Arion Lightning in the...