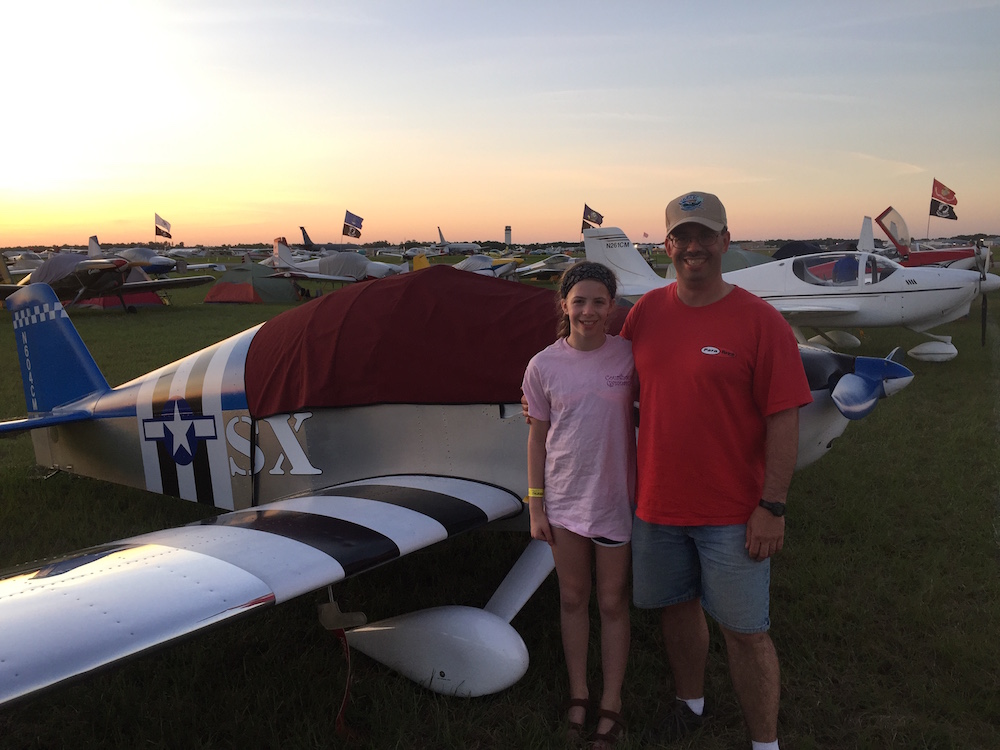 Another example of family fun traveling to SnF. Meet Jeff Shultz and his daughter Nicholette who traveled here from Jackson, Mississippi in the Sonex Jeff built 2 years ago. It’s the first trip in the Sonex to SNF. What a fantastic opportunity for father-daughter bonding! It’s Nicholette’s first fly in and camp and she was all smiles about flying being better than driving.

The trip here was completed in two stops and Jeff is very cautious about carrying extra fuel in case holds were needed at Lake Parker and as luck would have it ATC asked Jeff to go around with a tight turn around the tower, who’s occupants were then treated to a fantastic view of Jeff’s military paint scheme on his Sonex, inspired by a Mustang paint job. How fitting for a show dedicated to the Military this year. BTW, Jeff pointed out that they need to travel light in the Sonex so he only brought 2 magazines, both of which were Kitplanes. And as for Nicholette, she said her favorite airplane is the Mustang. There has to be an aspiring  pilot in her I’m sure!