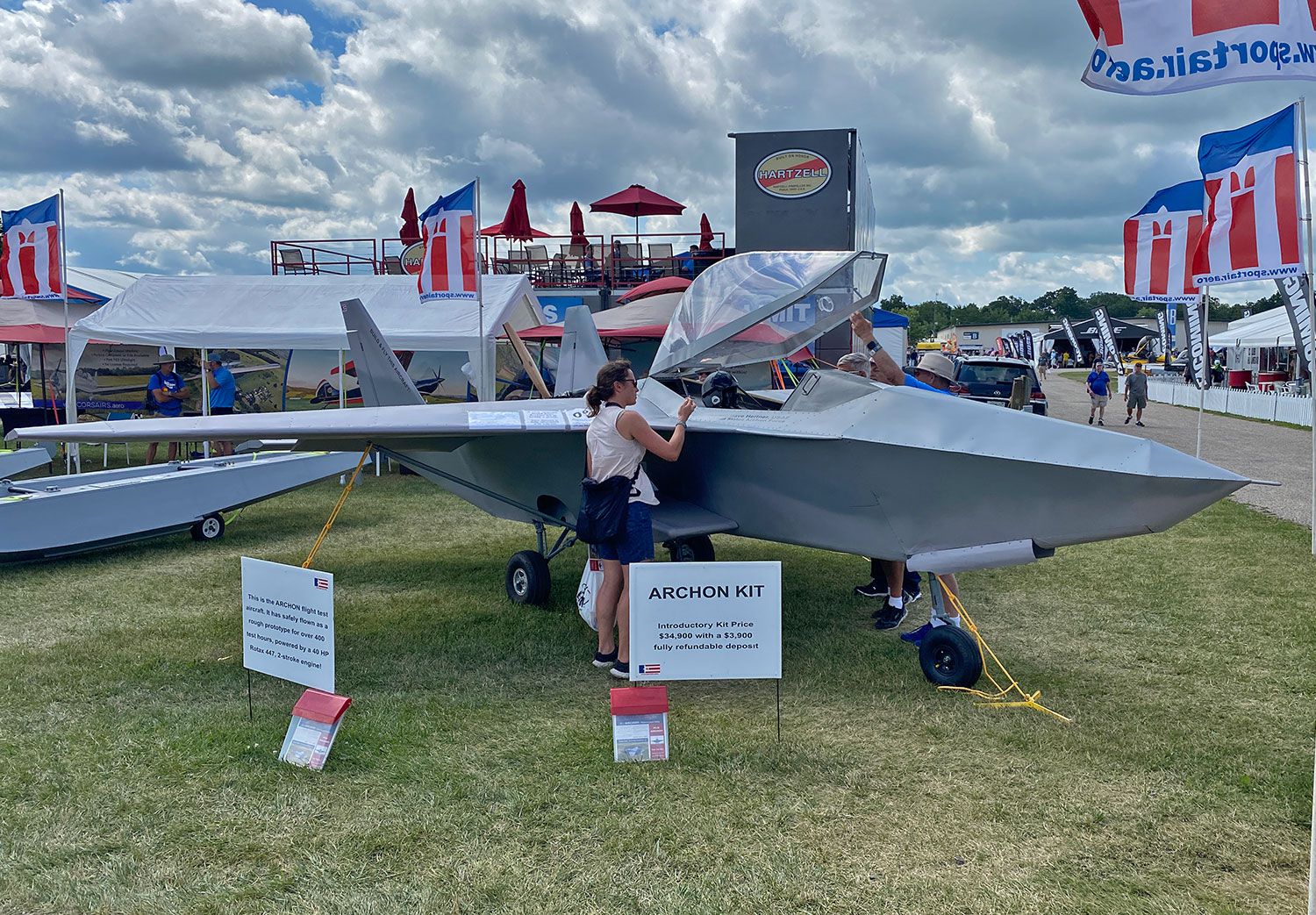 The Greek-born Archon SF1 prototype is on display at AirVenture this year, with expectations of having a kit available for buyers by AirVenture 2023. With angular lifting surfaces combined into tail boom support structures in the shape of a stealth fighter’s engines, and all the other visual trappings of a jet with an “F” preceding its model number, passersby could not help but stop to learn more about this eye-catching aircraft. 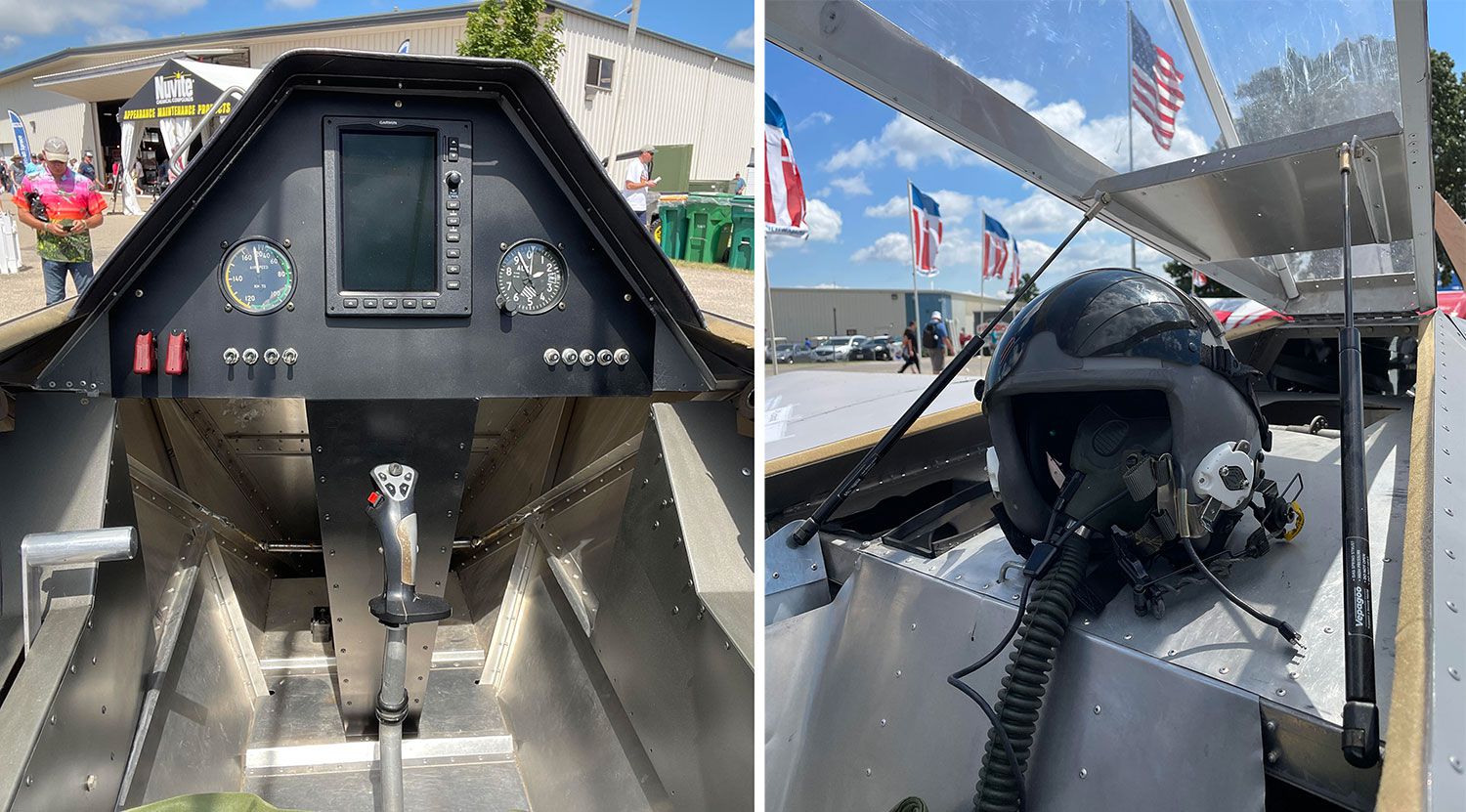 Running a 40-horsepower two-stroke engine, electrically actuated retractable landing gear, and pushrod flight controls, the prototype has logged over 350 hours of test flying. The model exhibited in Oshkosh is fitted with a Rotax 912 100-hp engine. Aircraft structure is comprised mainly of painted aluminum with blind rivets, and composite fairings. Kits will be delivered with pre-painted, pre-cut, pre-drilled aluminum sheets, and the plans are being written so that they are approachable and clear for first time and experienced builders. 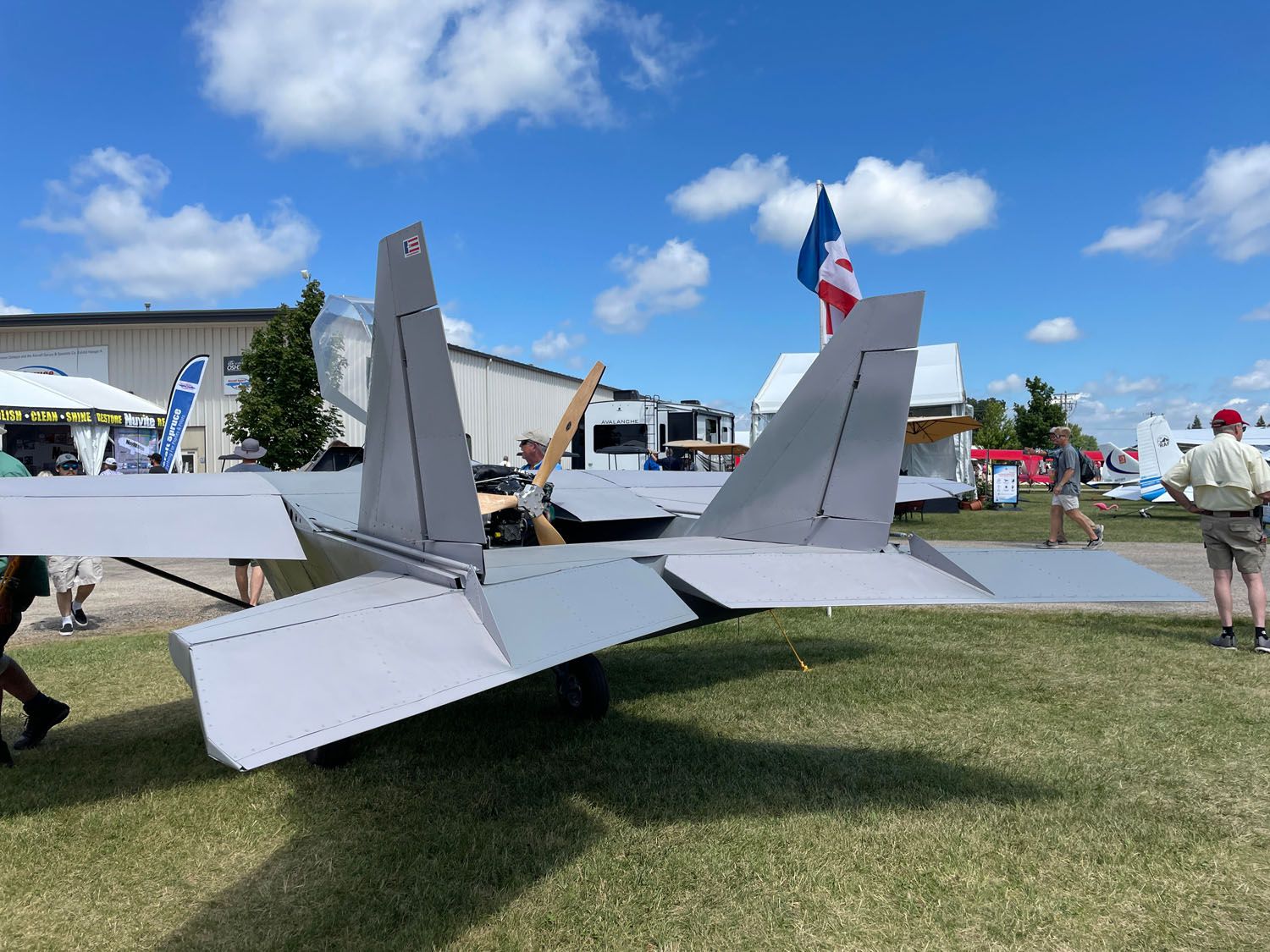 While the kit was designed in Greece, it will be produced at Fisher Flying Products in Canada, and sold and supported by SportairUSA of North Little Rock, AR. Introductory pricing is $34,900. 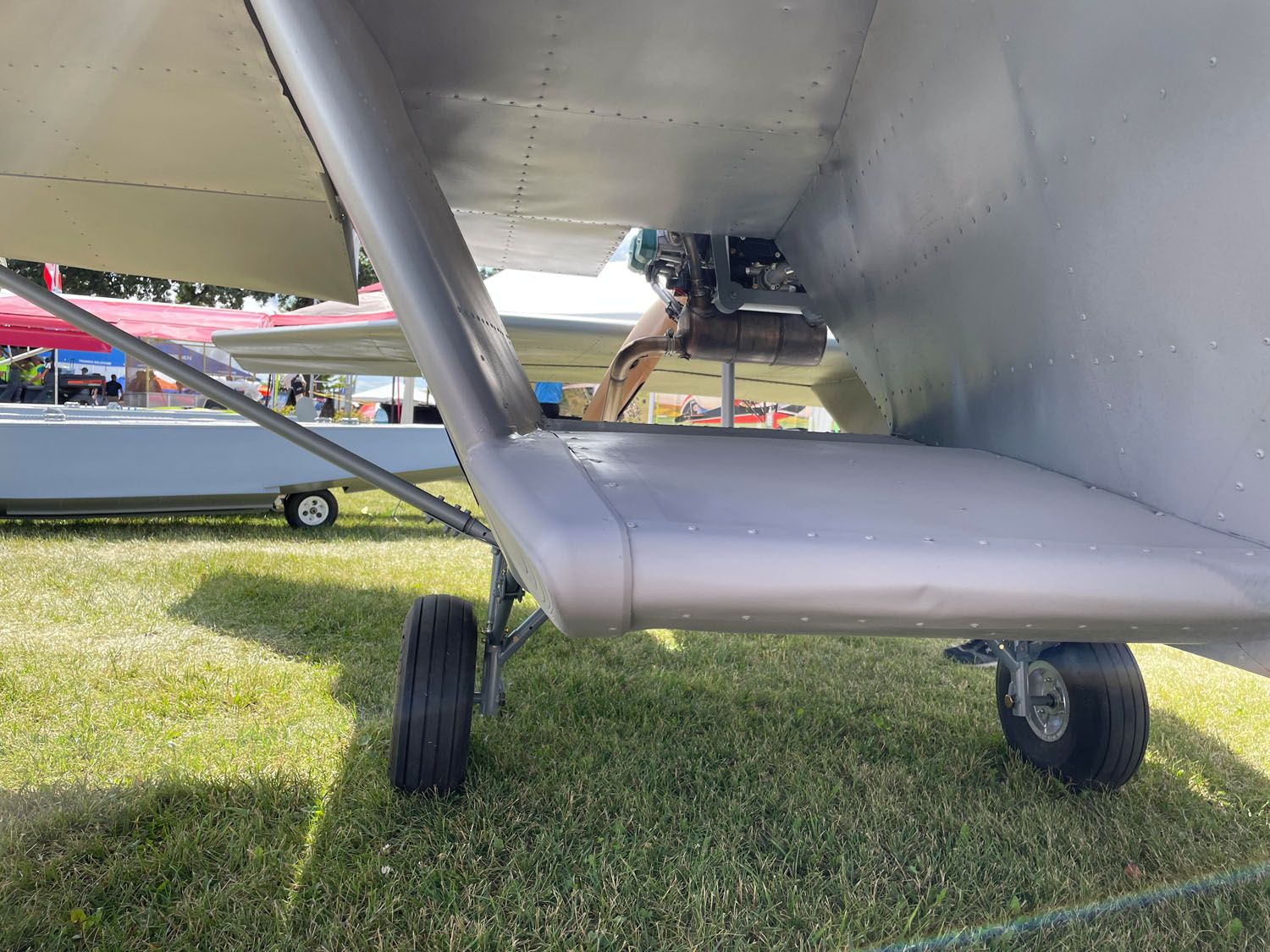