Now we can add Greece to the countries joining the modern kit plane era, for that is where Heron is starting production of a decidedly compact 130 hp turboprop for the experimental market by the end of 2022.

Heron, which keeps its corporate headquarters on the island of Crete, is building on four decades of small turbine experience thanks to founding member Alex Vrontoulakis’s father’s designing and building target drone and UAV engines. Now partnered with Alex Fatseas in Heron since 2018, the two Alexes are dedicated to delivering a simple, easy to maintain and affordable turbine to the enthusiast market. Keeping a low profile until all major engineering and production challenges were met, they’ve announced production will begin by the end of 2022 and have opened a pre-production order list at Air Venture. 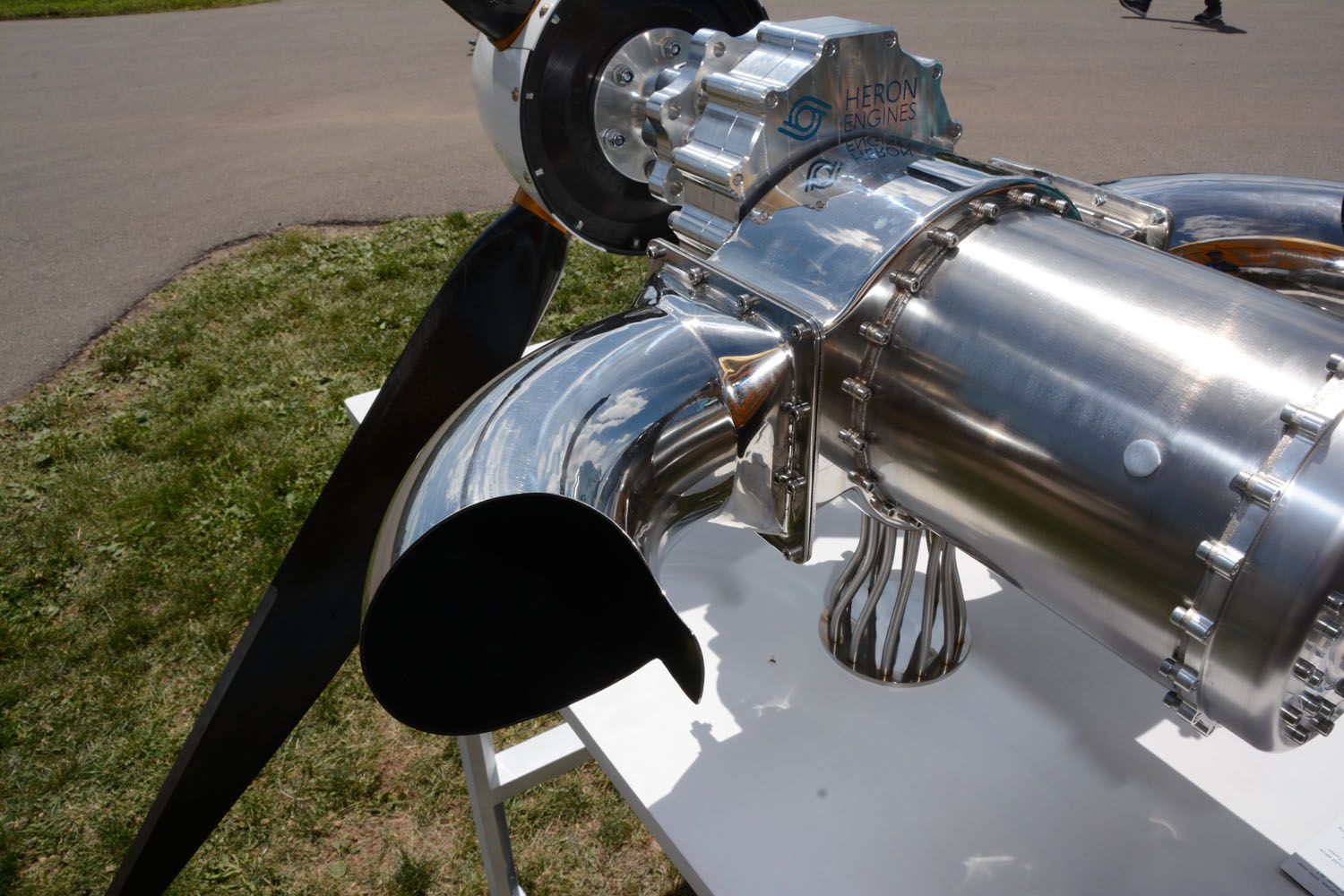 Certainly the numbers surrounding the GVA-130 engine are attention getting. For starters the show price of $35,000 with accessories is much less than expected for a turbine, even a small one. We speculate that price to rise into the low $40,000 range once in full production, but that is still approachable for any sort personal aircraft engine and sets the bottom of the market for turbines.

Weighing only 82 lb with gearbox, the GVA-130 is rated at 130 hp, carries a service ceiling of 28,000 ft, should go 3000 hours between $7,000 overhauls and burns just about anything you pour in it, although JET-A is obviously preferred. Quoted fuel burn is 10.5 gph. Heron is currently working through certification and final detail testing, so the numbers might change slightly but you get the idea.

Technically the GVA-130 is a free turbine with a single compressor and two axial stages. It does not use a recuperator as Heron judges those as not worth the weight, cost or complexity at this end of the market. The gearbox features three gears, two in a planetary for the gear reduction and the third as a quick-change feature for rapidly configuring the core engine to different airframes, specially between fixed-wing and helicopter applications.

Heron should announce a North American distributor shortly, but wasn’t quite ready for that disclosure at AirVenture.

Jim Weir - January 18, 2013
0
Repairing a malfunctioning headset may be not only inexpensive, but completely doable.