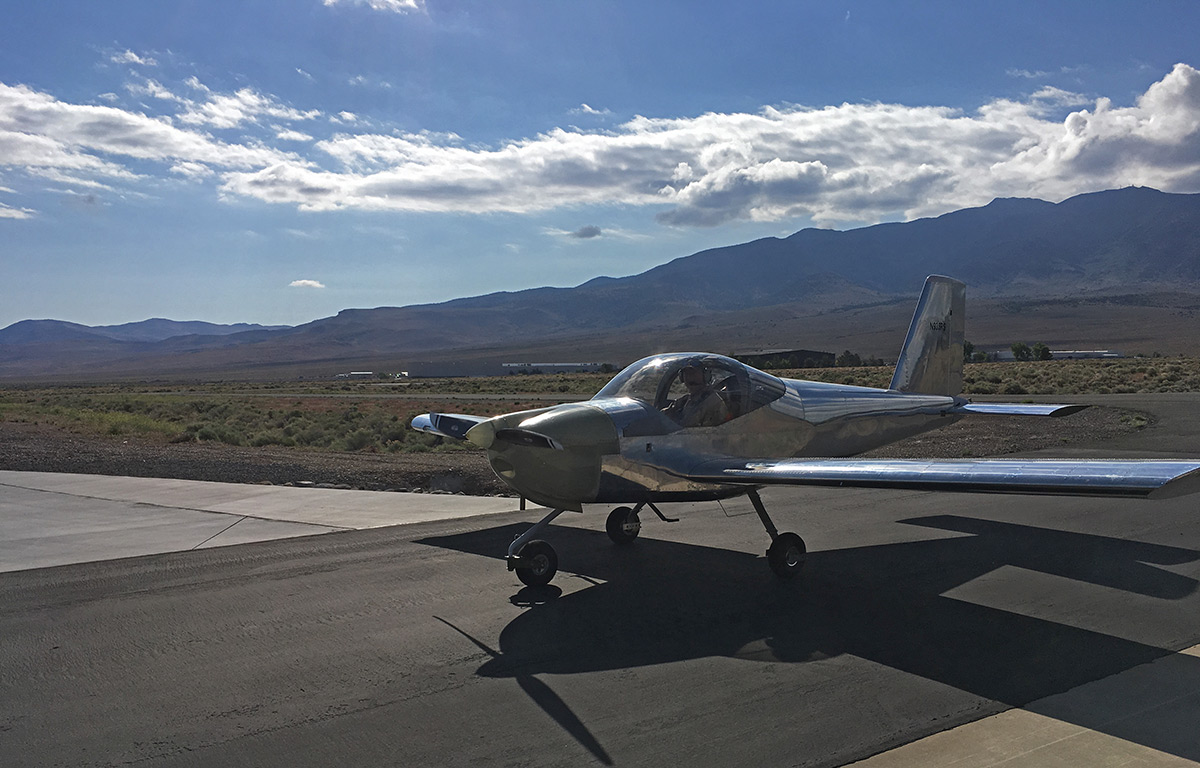 Yesterday I completed the shortest Phase 1 flight testing program I have ever done – it was for a neighbor’s ELSA RV-12, an airplane I have been watching him build for the past five years. I have flown numerous flight test programs on E-AB aircraft, but this was my first time going through a factory test program for an airplane built to conform exactly to their specifications. Because it is more in the nature of production flight testing than experimental flight testing, the FAA allows a simple five hour program – which is not a lot of time to get a LOT done.

The Van’s program is thorough and complete, designed to make sure that this particular aircraft conforms to the design, and performs as expected, with no unexpected handling issues. It consists of lots of data taking for climbs in various configurations, speed checks at specific test conditions, and lots of stalls… power off, power on, accelerated–all done with zero, half, and full flaps. Dives to various speeds up to red line are also included in the five flights, each of which took me a little more than an hour–and that was being very efficient in setting up for the various test points and cards.

It was actually an enjoyable experience, and a great way to sharpen up skills. While I frequently test new aircraft types, I am generally sampling them, not doing detailed work-ups. Doing this program re-sharpened my skills in terms of precision in holding airspeeds plus or minus a knot, and hitting perfect bank angles and stall conditions. In fact, this skills sharpening is probably one of the best things that a newly-minted builder/pilot gets out of the program–it gets them to know the airplane as well as getting them to fly with precision, something many have not done since their last check ride. It’s valuable enough that I recommended to my neighbor that he go up and fly some of the test cards himself, even though the airplane is officially out of phase one. and I’d recommend the same thing for anyone with such an aircraft if they are trying to become one with their machine.