The old saying that, "A superior pilot uses his superior judgment to avoid having to demonstrate his superior skill," is actually a tongue-in-cheek allusion to the fact that most pilots will never reach the point where they have the superior skill that they think they have. If you do have that much skill, and are sure of it, that’s great. But the truth is, those who have determined that their skill is enough to keep them alive frequently meet their end in an aviation accident. You don’t have to believe me; you can look it up. Many a fatal accident has taken the lives of pilots with thousands of hours in their logbooks.

If all you ever do is perform aerobatics over your home field, superior skill might be all you ever need-or it might not. But once you venture out into the wide world of aviation, decision-making skills will be of vital importance. Determining if the weather ahead is flyable or worth the risk, deciding if the headwinds are going to decrease or if you should stop for fuel or, frankly, deciding whether you are up to a particular task on a particular day with a given airplane are all examples of judgment. 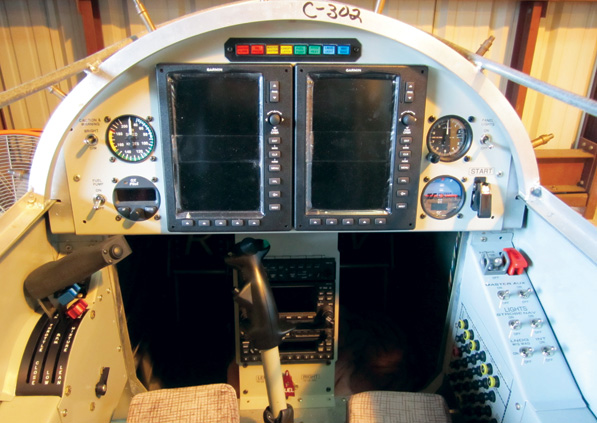 Good judgment in design can be shown when planning backup instruments to cover potential failures.

The problem with most discussions on the topic of judgment is that they pick up at the point where a pilot is trying to make an inflight decision. I think that some folks fail to recognize the broad nature of the word "judgment." Judgment is, in fact, interrelated with all aspects of aviation, including stick and rudder skills, honest self-evaluation of those skills, and (just as important) decisions made by the designer of the aircraft’s systems and the building of the airplane. Failures of judgment come in many forms:

1) Deciding to fly into the busy Oshkosh environment as a low-time pilot with only 20 hours logged in the past year, and then getting overwhelmed and losing the airplane on the base-to-final turn. Good judgment wouldn’t put such a pilot here; he would ride with an experienced friend.

2) Letting the airplane surprise you because you chose to be so far out on the edge that you fell over it.

3) Failing to use good self-evaluation skills to recognize when you are about to tackle something beyond your capabilities (or the capabilities of the aircraft and its systems).

You can add countless examples to the list, of course-the point being that judgment is not just about deciding whether to continue a flight into doubtful weather. It is about making the decision to fly in the first place.

The bottom line is that every accident begins with the pilot’s decision to do something with an airplane. The Proximate Cause may read: "Pilot failed to maintain flying speed during the base to final turn, stalled and spun in." And we can all say, "Well, he didn’t have the skills he needed." But that doesn’t really solve anything or answer the real question. Why the heck did this happen? Why did the pilot get low, slow and out of control? Was his training incomplete? What were the distractions? Why did he decide to be there if his skills weren’t up to par? Ego? Hubris? Peer pressure?

Only when you pursue accident reports beyond the obvious do you learn the real secrets of why accidents happen. You need to look for root cause. Ask why, and keep on asking that question until you reach the true beginnings of the incident, and only then can you try to prevent it in the future. In most cases, it goes back to a pilot deciding to do something for which he is not (yet) qualified. It takes time to truly learn to fly, beyond stick-and-rudder skills. A pilot needs to make the decision to limit his own personal flying envelope until his skills improve.

That being said, I will always maintain that I would rather fly with a pilot of moderate skill and good judgment than a pilot who knows how to fly inverted 100 feet off the deck and chooses to do so at an inappropriate time. Stick-and-rudder skills alone are not the solution -there are many, many dead airshow performers and aerobatic champions who had far more command over their aircraft than most of us ever will. They chose to put themselves in a position where an instant’s distraction, an unexpected wind gust or a mechanical glitch left them no options. That is decision-making, right or wrong.

How we choose to build our airplanes and design their systems influences their ability to be operated safely. A pilot is often forced to make a Go/No-Go decision for an airplane or equipment that isn’t suited for the mission being contemplated. How many times have you had to compromise your standards (You do have standards, right?) for safe operations because your airplane didn’t have the redundancy to handle the flight requirements and still have sufficient backup for unexpected events? It happens every single day to pilots everywhere. You plan a flight where the weather might deteriorate, but the IFR certification is out of date. What we frequently forget is the simple phrase: "We can’t fly today." Remember that until you have left the ground, you are not committed to flying-and never should be. 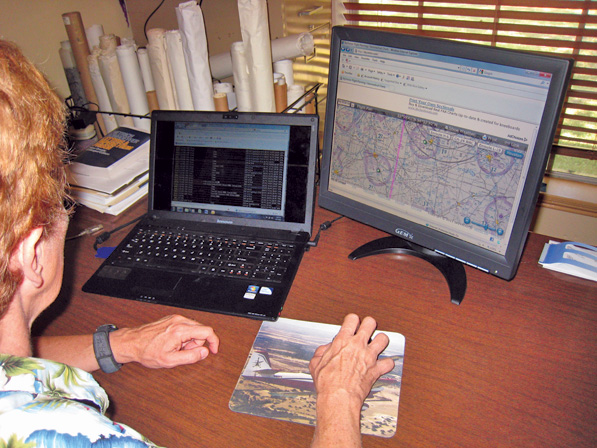 Doing enough preflight planning to evaluate the risk is also a sign of good judgment.

Our understanding of risk management has changed a great deal in the almost four decades I have been involved in aviation. It seems there are now more feel-good courses and classes that tend to turn off the real aviators among us. But if the only answer to flight safety is being the world’s best airplane handler, then the accident rate will only increase. If you study accident reports for airline and general aviation over the past several decades, you will find that only one has improved. The airlines have gotten safer through a greater understanding of the risks involved in poor decision-making. If airlines had the record of GA flying, they would have gone out of business long ago. They must keep accidents essentially at zero.

As long as GA pilots deny the root causes of accidents, they will continue to happen, and we will never see an improvement. Root cause, and not proximate cause, has to be addressed if we are to save more people and more airplanes. Study accidents and incidents in all areas of aviation-commercial, military, civilian-and find the common threads where different decisions could have been made to avoid the end result. Vow not to go there. And, yes, sometimes the answer is as simple as choosing not to fly this time.