Most pilots who are true aviation enthusiasts probably harbor at least a little bit of Walter Mitty inside of them. We all know the image of Experimental test pilots: steely-eyed fighter pilots who have defeated their human enemies and moved on to fighting the foes of technology and aerodynamics. Laughing in the face of danger, they thread the needle through the razor-thin limits of what is possible, finding and pushing the edges of the envelope where structure and control meet airflow and thermal limits. They know how to pull the airplane back from that precarious point just beyond the edge, and report back with critical insight on how to improve performance and take the next step in speed or altitude. They are, in a word, cool! Experimental test-flying has to be the ultimate when it comes to daring in the sky, and we all like to think, as we slip into our newly built planes for the very first time, that we know something of what it is like to be a part of that world. 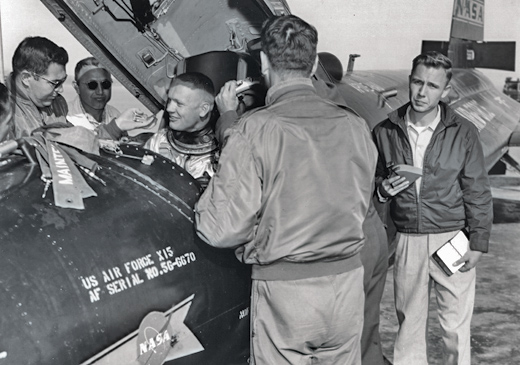 Early test-flying was for lone pilots, but as it developed into a science, it became more collaborative. Here, Neil Armstrong talks with the team after an X-15 flight.

The truth, however, is a bit more grounded. Unless you are flying a brand-new design, something one-off and radically different from what has flown before, you probably have a good idea of what you are going to experience when you first leave the ground. Plansbuilt aircraft with many copies already finished, replicas of certified airplanes that have been flying for decades, and kit aircraft whose numbers can be counted in the thousands—nowadays these make up the majority of Experimental/Amateur-Built airplanes being flown for the first time. With earlier versions flying off of fields around the globe, the biggest question, “Will it fly?” has already been answered. Yes, it will, as long as it was built to good standards, and without radical changes to the design. The next question, “Can the pilot fly it?” has yet to be answered with certainty. But in general, with conscientious preparation, the answer is usually yes.

So what is Phase I test-flying really like? Unfortunately, for many people Phase I consists of boring holes in the sky while watching the hours build on the recording tachometer. A minimum of 25 or 40 hours must pass before pilots can fly their new planes out of the test area with a passenger, though there are also those who, shall we say, bend those rules a bit. Phase I for these folks is passing time, consulting someone else’s manual for speeds and operating limitations, while claiming to have tested the airplane throughout its envelope—even testifying to such with their signature in the logbook. This is not only against the letter of the law, but the spirit as well. And although I disagree with this approach on ethical and professional grounds, part of me understands the urge because Phase I, like many other types of flight-testing, can be just plain boring. Dull, repetitive and mind-numbingly boring. 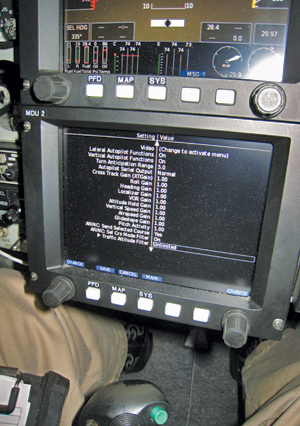 Phase I flight testing of a kit aircraft is more about setting software gains and limits than it is about exploring the edge of the envelope.

A Day in the Life

Take, for example, the following exciting tale of Experimental test-flying. I do a lot of software testing for avionics and instrumentation companies, and this involves taking data to try and improve software gains and constants for autopilot control. As much as the code-slingers would like to believe that they can write a good set of control laws while sipping Diet Coke at their computers, the truth is that you simply have to go out and fly the stuff across a broad range of data points to see how it actually responds.

So here I am, flying along in my RV-8 with a new software load in my No. 1 EFIS (I never update both at the same time), trying out the autopilot control functions. Our goal is to find a set of pitch gains that provide good, positive control of the airplane without getting twitchy and causing the plane to porpoise. Finding the magic numbers for the solo flight condition is not terribly hard (though a bit elusive), but with a passenger in the back seat, the resultant shift in center of gravity (and subsequent relaxed pitch stability) makes the plane decidedly unpleasant when I try to change altitude. Divergent porpoising and altitude overshoots make my palms sweat at the thought of using these laws in the clouds.

I climb to the test area, level off at an even 1000, and set power. Now I dial in a 500-foot altitude change to the pre-select window—enough for the climb to steady up before the level-off. Engage. Watch it climb. I note on the kneeboard if there were any oscillations, and how it did in capturing the new altitude. “Pitch Limit Gain (PLG) = 2.5, no oscillations, 80-foot overshoot”—big whoop. I go in to the setup page and increase the PLG to 2.6. Dial in the next 500-foot altitude gain. Repeat. “Pitch Limit gain = 2.6, no oscillations, 70-foot overshoot.” And so on, and so on.

Every once in awhile I descend a couple thousand feet and see how it does in a descent as opposed to a climb (and to keep the testing in a reasonably constant density altitude regime). I do this for an hour or so, and then head home and check the kneeboard to see if I can come to a reasonable conclusion about which gain setting is best. Oh, yes, did I mention that there are dozens of parameters that could affect the stability and control of the autopilot function? That’s a lot of boring (pun intended) holes in the sky, lots of avgas to burn, and not a lot of excitement.

Writing up the test report is mandatory if I want to help the process improve, only to get a note back that reads, “Oh, thank you very much. We just figured out that we were applying the gain in a less than optimum spot in the equations. Here’s a new load. Could you go back out and repeat the testing to see how it does?” 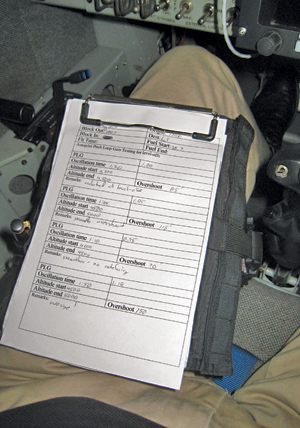 I have been a part of many test programs in my aviation career, and I can tell you that boring is the norm almost all of the time. Good science and good test engineering mean making small changes, recording your results, and then taking the data back to the desk to see if it makes any sense. Finding the edges of a kit airplane’s envelope can be done pretty quickly, and wise builders who know how many of their airplane’s type have already flown (and been tested to the edges by the kit’s designer), generally stay within the bounds of reasonableness. There is little need to test out beyond the edges, and risk your investment, if not your life.

New, clean sheet designs are different, and that steely gaze might be a bit more appropriate. But ignoring the flight test regime or giving it short shrift because there were thousands flying before you is not the answer. Testing still needs to be done to establish a baseline of data for your airplane, and your avionics suite. Simple airplanes are easy; there is little to play with. But the trend toward complex avionics, instrumentation and autopilots means slow and steady envelope expansion—not in the aerodynamic sense, but in how well the electronics and software play together. That (as any good software engineer with a few million lines of code can tell you) can be tedious at best.

Ahhh…the exciting life of the test pilot. Few of us will experience that pure adrenaline rush of great speed or have the chance to challenge that magic point where the atmosphere thins to nothingness, and we hang in the balance between the terrestrial orb and the vastness of space. But test-fly we must, even when it is dull. Finding out that you have an unstable point in your speed range on a dark and stormy night while sliding down the ILS in the clouds is not much fun. It’s better to poke at those edges during Phase I, or anytime a change to the hardware or software is involved in your aviation pursuits.

Within the ranks of test pilots, the exciting moments are few and far between (some would say thankfully). With the right kind of jacket and a kneeboard full of scrawled flight data, you can still pass at the local watering hole as one of those guys who tests new airplanes. And you don’t really have to let on that the toughest part of the flight was staying awake.

Dave Prizio - January 10, 2011
0
A number of kit manufacturers have capitalized on the Cubs enduring appeal with Cub-alike designs, each of which has something unique to offer.

Taking Over Someone Else’s Project