With just one more hour to go before our RV-3 reaches 500 on the clock, her Silver Bullet tailwheel steering arm decided it had seen one too many cracks in the various taxiways we had visited. 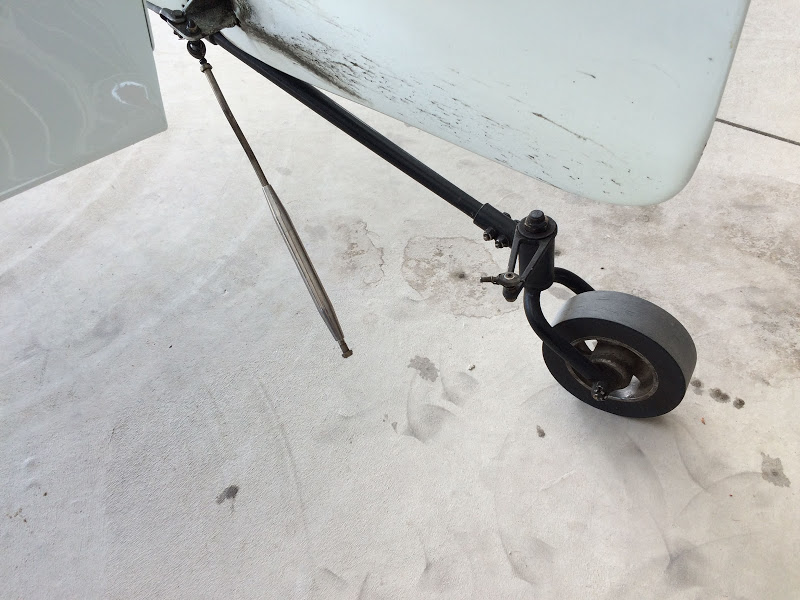 Well actually, it wasn’t the Silver Bullet that failed – it was the Heim bearing that screws into the Bullet that fractured. This left me with no tailwheel steering, and from the cockpit, this manifested itself as not being able to get the tailwheel to lock in to the rudder – effectively, it felt like a full-swivel tailwheel. When I got out to have look, the steering arm was all the way up against the tailwheel spring on the left side – I think this is why I had a full swivel instead of one that was locked in place.

I discovered this after landing at our home airpark. I had made a long back-taxi at the neighboring field where we are working on our Dream Tundra project – a runway known for some fairly large transverse cracks that are filled with sealer, but known to give a good “bang!” every time you cross one with a small tailwheel. For those of you who have taxied any distance at Reno Stead… same thing! When I turned around at the end of the field, it didn’t want to turn left very well, but I choked up on the brake pedal and she came around – I chalked it up to getting used to the pedal position again after being out of the cockpit for two weeks after a hip injury. Directional control was fine on take-off and the subsequent landing at home – had a little difficulty straightening back out after turning off the runway, and it felt like I had a weak brake – but the pedal was firm.

We have a little uphill turn onto our twelve-foot-wide private taxiway, and because I felt something odd, I took time to line up carefully so as not to fall off the side – and it all went ok.  I did a quick run-up brake check and found that both brakes held just fine.  It wasn’t until I climbed out that I saw the problem. So….easy fix, just needs a new Heim bearing (I think I have one in a drawer). The lesson is that even with NO connection to the tailwheel, steering on the runway with rudder alone was more than adequate under today’s light wind conditions. I know some have gone to full-swiveling as a matter of course to reduce hardware count and maintenance requirements, and as long as precise taxiing in close quarters isn’t required, I think that would be just fine. I missed the precision of steering on tight corners that the link gives me however – so I think I’ll stick with the steerable wheel for now. 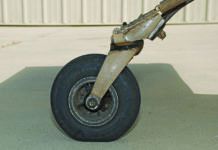 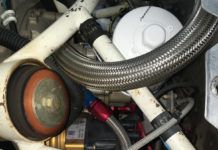 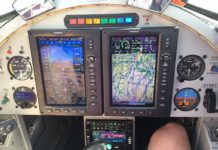 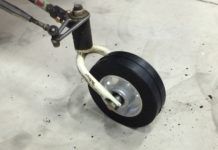 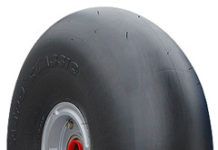 New Back Country Tires from Desser