One day last summer, seconds after rolling from the hold short line to depart Las Vegas’ Henderson Airport, a freak wind gust caught David DiGiuseppe’s Glasair 1 TD. In that instant, the plane was lifted up, twirled around and slammed to the ground. A nanosecond later, David knew this airplane isn’t going anywhere today.

As the Glasair limped back to the parking area, David knew from the sideways tracking and grinding noise that there had to be some serious damage. At first glance the tailwheel was obviously messed up. Amazingly, a detailed inspection of the main structure revealed nothing: no cracks or telltale signs of delaminating. The mains and engine mount looked good. All that was messed up was the tailwheel and fork weldment. One side was sheared from the weld and the other was twisted so badly that it dragged off half the tire tread during the taxi back from the runway.

I was wrapping up last month’s column when Kevin King called to ask if I knew a welder who might be able to help David remake his tailwheel assembly. One thing led to another and I was looking at my next project for the Home Shop Machinist! 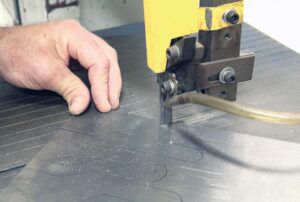 David is not the builder of his Glasair, but he has the plans. He discovered the tailwheel fork was scratch-built based on drawings (as opposed to a factory- or vendor-supplied tailwheel, such as Matco). But the drawings provided only general guidance for dimensions and materials. When we met to discuss the project, I concluded that we didn’t really need a detailed drawing because we had the original which, even in its mangled state, was intact enough to “reverse engineer” (see sidebar below).

The tailwheel, before the incident, worked perfectly, so there was no need to make any changes to the design. One thing I did note about the original was the way the weld failed: The leg that separated didn’t have good weld penetration. The telltale signs were how the weld tore away along the seam—both along the steering tube and along the upper gusset—and how, on the inside of the steering tube, you could see how the weld showed little, if any, penetration.

With that, my task was clear: Make David a new tailwheel weldment, as close to the original as possible but with improved welding. I implemented one change to the design, which was the addition of a threaded bung to better accommodate the grease fitting that was threaded into the steering tube. The original had the fitting threaded directly into the thin-wall tubing, which meant it was barely able to be tightened beyond finger tight. Any tighter and it would have stripped out.

The term research and development (R&D) evokes a certain vision—most often one of egghead engineers in white smocks discussing far-flung concepts and solving improbable, if not impossible, assignments (like making a reusable rocket that can fall back to earth and land itself on a floating platform somewhere on the ocean). These guys are the high priests of the engineering world.

In the regular, non-outer-space world, most R&D work is less theoretical. Designers and engineers who work in “mature” market categories often work exclusively to iterate existing designs toward incremental improvement. While a lot of pure R&D still occurs, reverse engineering is an important part of the process.

Reverse engineering typically consists of dissecting a legacy design (or a competitor’s product) to better understand how and why it was built that way. Some people refer to this form of R&D as “rip off and duplicate.” While rip-offs do happen routinely in third-world markets—where patents and other intellectual property are not respected—most reverse engineering is done with the honest intent to understand a product and, if one exists, avoid infringing a patent. 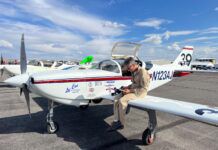 Steve Ells - June 14, 2009
1
Steve Ells immerses himself in the art and science of fuel-injection systems during a weekend course at Airflow Performance headquarters.

Glasair Aviation to Restart With Kits, Not Two Weeks to Taxi