Previously, the system started at $9995 for a single-screen, no-XM system and $10,750 for a one-screen with XM. Each new display module (up to three total supported) cost $3295 without XM. In essence, this new rebate program gives you that second screen free. The rebate program starts today and runs through December 31, 2010.

In other G3X news, Garmin is shipping engine-monitoring sensor packages now for the most popular engines, including four- and six-cylinder Continentals and Lycomings, the Rotax 912/914, and Jabiru 2200/3300. Synthetic vision was introduced as a no-cost software upgrade at Sun ‘n Fun this year.

Finally, according to the company, “Garmin has significantly expanded its EAA AirVenture Oshkosh trade show exhibit and a centerpiece of the 2010 booth is the new ‘Area G3X.’ Current and future G3X customers can meet with G3X-perts throughout the show, attend seminars offering education on electrical systems for kit-built aircraft, discover the best G3X configuration for their aircraft, and participate in free t-shirt giveaways (while supplies last).” 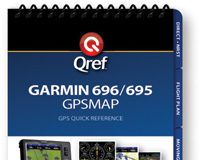