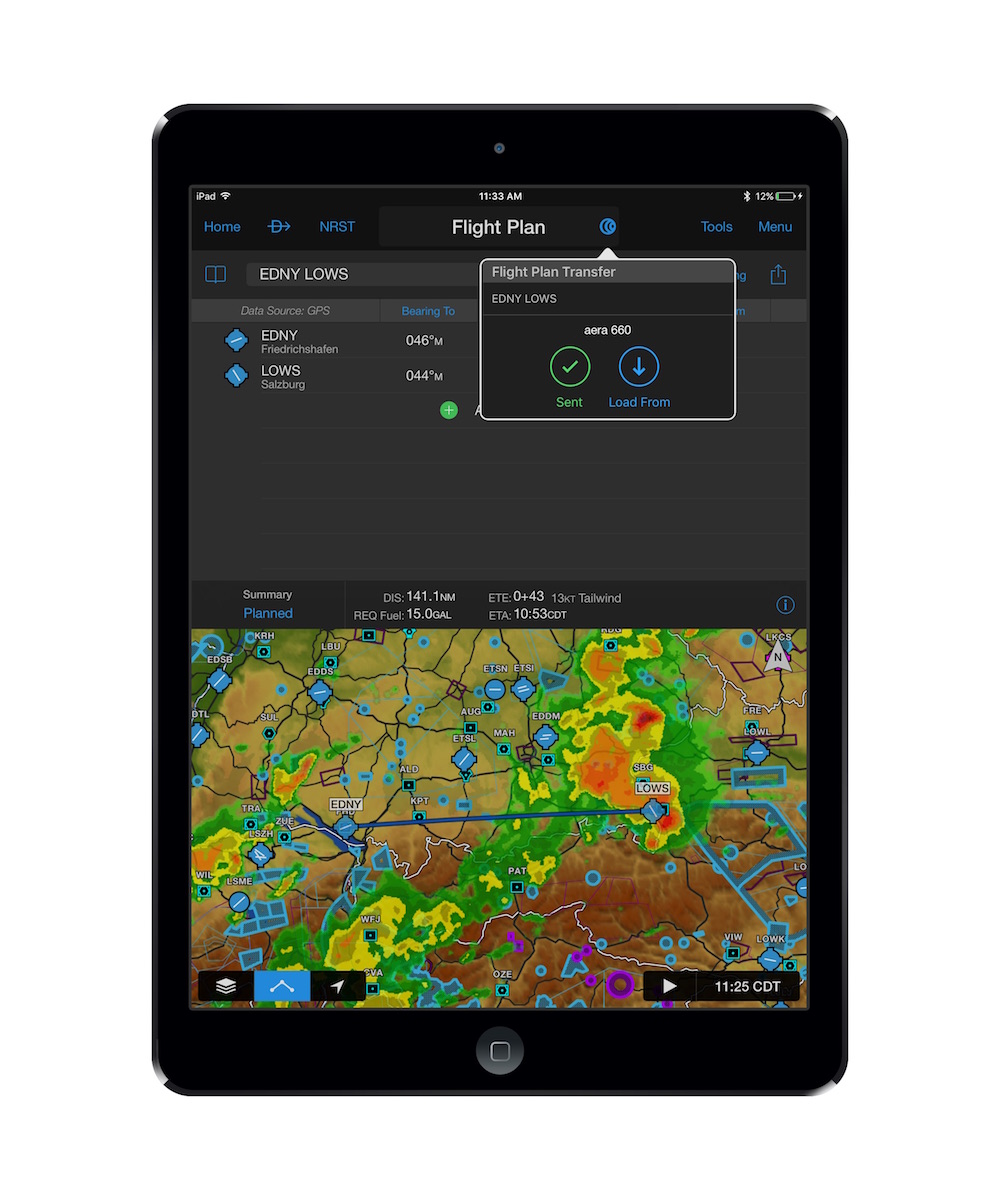 “We’re dedicated to growing our global presence with Garmin Pilot by now offering pilots the capability to file their flight plans directly within the app, while also expanding chart availability within select European countries,” said Carl Wolf, Garmin’s vice president of aviation sales and marketing. “In addition to making a series of enhancements within Europe, we’ve incorporated many safety-minded features, including the option of displaying TFR’s and METAR’s within the flight profile view and incorporating customized personal minimums. All of these new features combined into a single app give customers added reassurance that flight-critical items are not overlooked during pre-flight planning and in-flight navigation.” 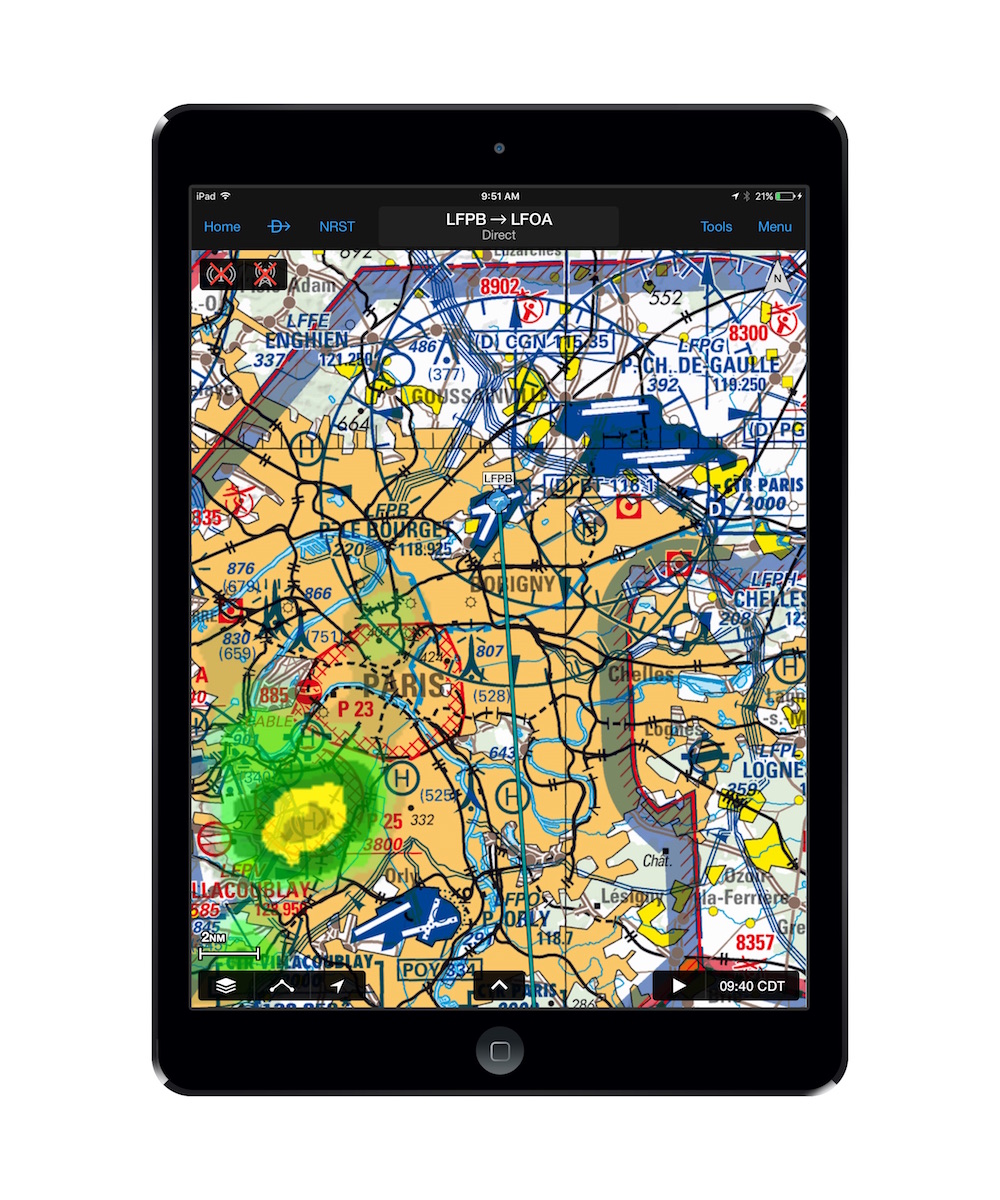 Garmin Pilot streamlines pre-flight planning and now flight plan filing, allowing pilots to file a VFR flight plan within the application outside of the U.S. direct with the country Aeronautical Information Service (AIS). Rich, interactive maps integrated within Garmin Pilot offer comprehensive coverage around the globe, so flight planning is simple. Unique to Garmin Pilot, a radial menu provides easy on-screen access to create user waypoints, navigate direct-to, graphically edit flight plans, view weather conditions and airport information at a glance. METARs, TAFs, AIRMETs, SIGMETs, NOTAMs and winds aloft throughout Europe may be displayed graphically as an overlay on the moving map, within the airport information page and as a widget in split-screen mode on an iPad, aiding in the pre-flight planning and VFR flight plan filing processes.

VFR chart coverage within France adds to the list of recent enhancements made within Garmin Pilot. France VFR charts join the recent addition of United Kingdom VFR charts, so pilots can easily reference important information for navigating within these countries under Visual Flight Rules. Garmin Pilot encompasses a library of over 50 VFR and IFR charts throughout Europe, which are geo-referenced so it’s easy to determine aircraft location relative to navigation fixes. Additionally, traffic and weather information overlay on these charts to provide optimal situational awareness.

The flight profile view has been expanded to include both iPad and iPhone mobile devices, displaying a vertical cross section of airspace, terrain, obstacles and weather to give pilots a more detailed look at their intended route of flight based on a selected altitude. New display options include the capability to overlay Temporary Flight Restrictions (TFRs) within the U.S., aviation routine weather reports (METARs) and bodies of water within the profile view for at a glance interpretation while connected to the Internet. When paired with the GTX 345 ADS-B transponder, Flight Stream 210 or the GDL®  39 3D, ADS-B In traffic can be viewed within profile view while in-flight. Back-up attitude information received by these products can also be viewed within the synthetic vision (SVX) page and the split-screen panel page of Garmin Pilot. 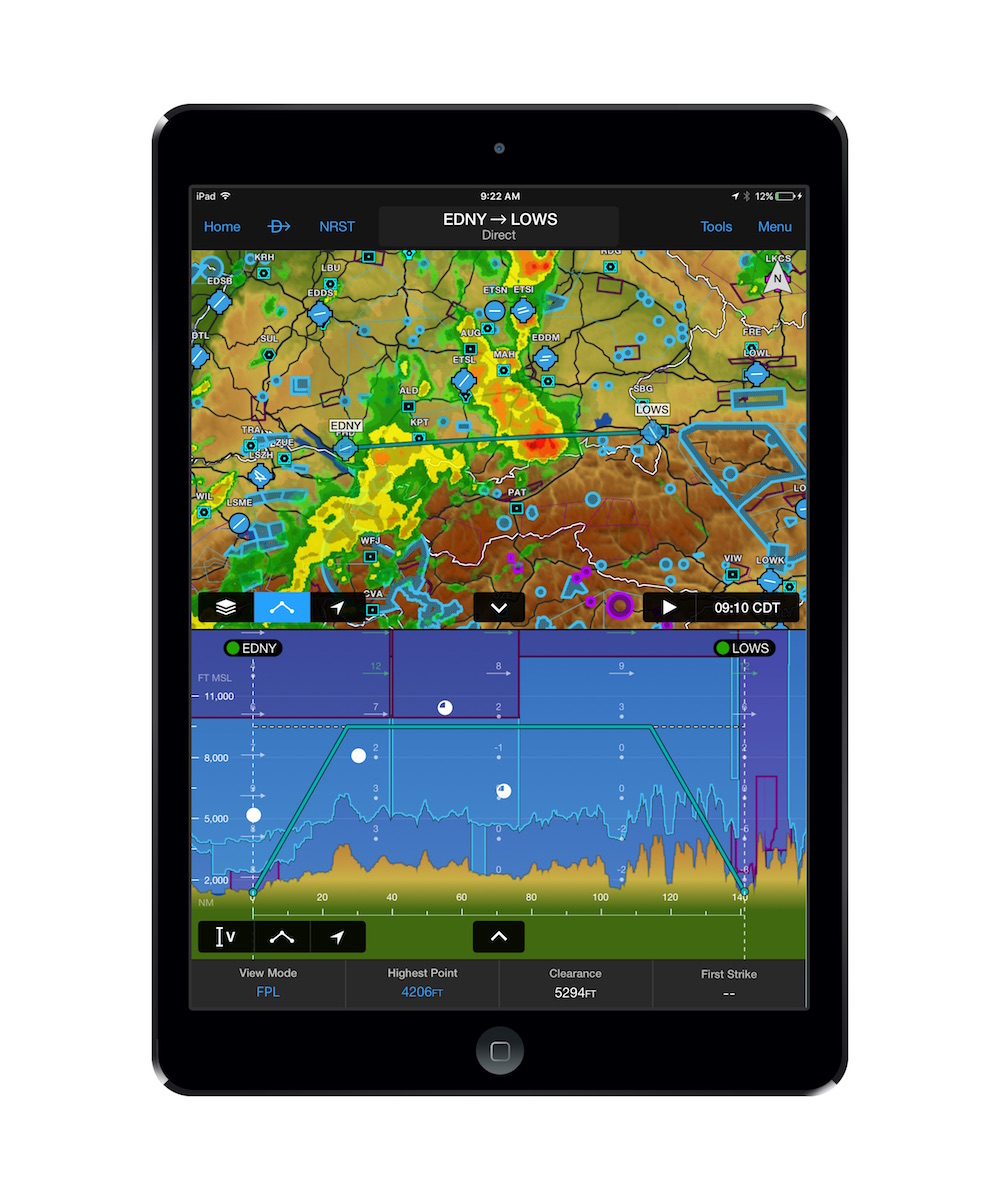 Pilots can establish personal minimums or flight operations minimums as part of their pilot profile within the Garmin Pilot app, serving as an extra margin of safety during the planning phase of flight. Cloud ceiling and visibility minimums, as well as maximum crosswind components can be tailored to each pilot profile and differentiated between day or night. While flight planning, if weather minimums may be exceeded, pilots will be notified within the trip planning form, on the trip planning icon and within the upcoming trip sections. Once minimums have been selected, they are stored in the cloud and synced across all mobile devices.

Selecting the most favorable runway based on the current headwind or crosswind components at a departure or destination airport is easier with Garmin Pilot. Wind direction is color-coded red and green to identify the most favorable wind and can be viewed on the airport page, within the radial menu and split screen widget to assist pilots in selecting the best runway at a given airport.

Wireless flight plan transfer is enabled between Garmin Pilot and the new aera 660 aviation portable. When both products are connected via Bluetooth, pilots can input flight plan information on one product and wirelessly transfer it to the other to ensure flight plans match, minimizing pilot workload.

Garmin is pleased announce new, lower pricing of the Garmin Pilot global subscription, which provides worldwide navigation and weather for $149.99 annually. Additionally, value-added VFR and IFR charts are attractively priced to enhance the functionality of the application.

Garmin Pilot 8.2 for iOS is available immediately as a free update, providing existing customers access to these latest features. For new customers, Garmin Pilot is available in the Apple App Store as a free download for the first 30 days. After the 30-day trial period, customers may purchase an annual subscription of Garmin Pilot for the U.S. starting at $74.99. Annual subscriptions for worldwide navigation and weather coverage now starts at $149.99, with affordable options to purchase country-specific VFR and IFR charts. Visit the Apple App store to download Garmin Pilot and visit www.garmin.com/aviation for additional information.