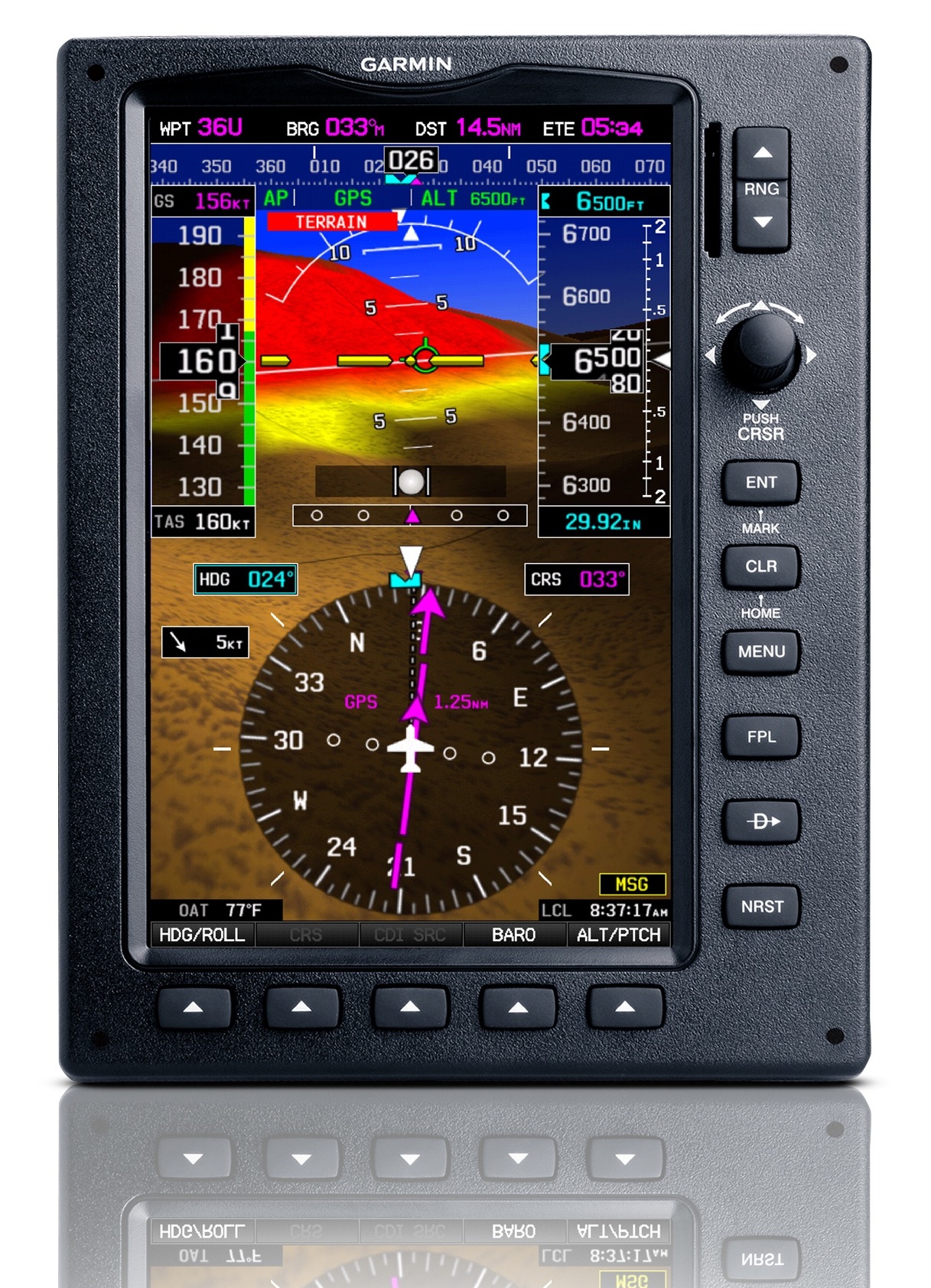 Called SVX, synthetic vision is coming to the G3X (for homebuilts and LSAs) and G300 (for the Cessna Skycatcher) EFIS packages. A software update for the G3x/G300 was unveiled at Sun ‘n Fun today that enables the SV features, which include mapped terrain and obstacles that appear on the G3X’s primary flight display (PFD). Airports and runways are also depicted in a fashion similar to the G600’s SV that was introduced last year. The SV is drawn both in the upper portion of the screen and underlaid beneath the HSI. A single-screen system can still use SV with the screens in “split” mode—attitude at the top and moving-map below—while a two-screen system is intended for the PDF to be displayed on one screen and the moving map on other.

The upgrade requires no hardware changes, and will be offered to current G3X owners and standard in the EFIS, which can be used with one, two or three screens. In addition to the SV, the G3x update includes a flight-path marker—a green circle that indicates the aircraft’s actual path through the air—and a subtly improved menu and display system. What’s more, recent updates have enabled full autopilot functionality with Garmin’s GX Pilot; the TruTrak-built two-axis autopilot can be fully controlled from the PFD. No features are lost; the G3X system includes SafeTaxi diagrams and approach plates, though not yet geo-referenced.

“Synthetic vision is one of the most useful, safety enhancing features that we offer and it makes a world of difference in how you aviate,” said Gary Kelley, Garmin’s vice president of marketing. “G300 and G3X pilots will appreciate the added situational awareness in 3D as they fly.”

The G3X starts at $9995 for a single-screen system that includes an external ADAHRS module, magnetometer and outside-air-temp probe. Adding XM weather bumps the price to $10,695. Additional screens are $3295. Garmin is expected to release more details of the engine-monitor sensor pack soon.