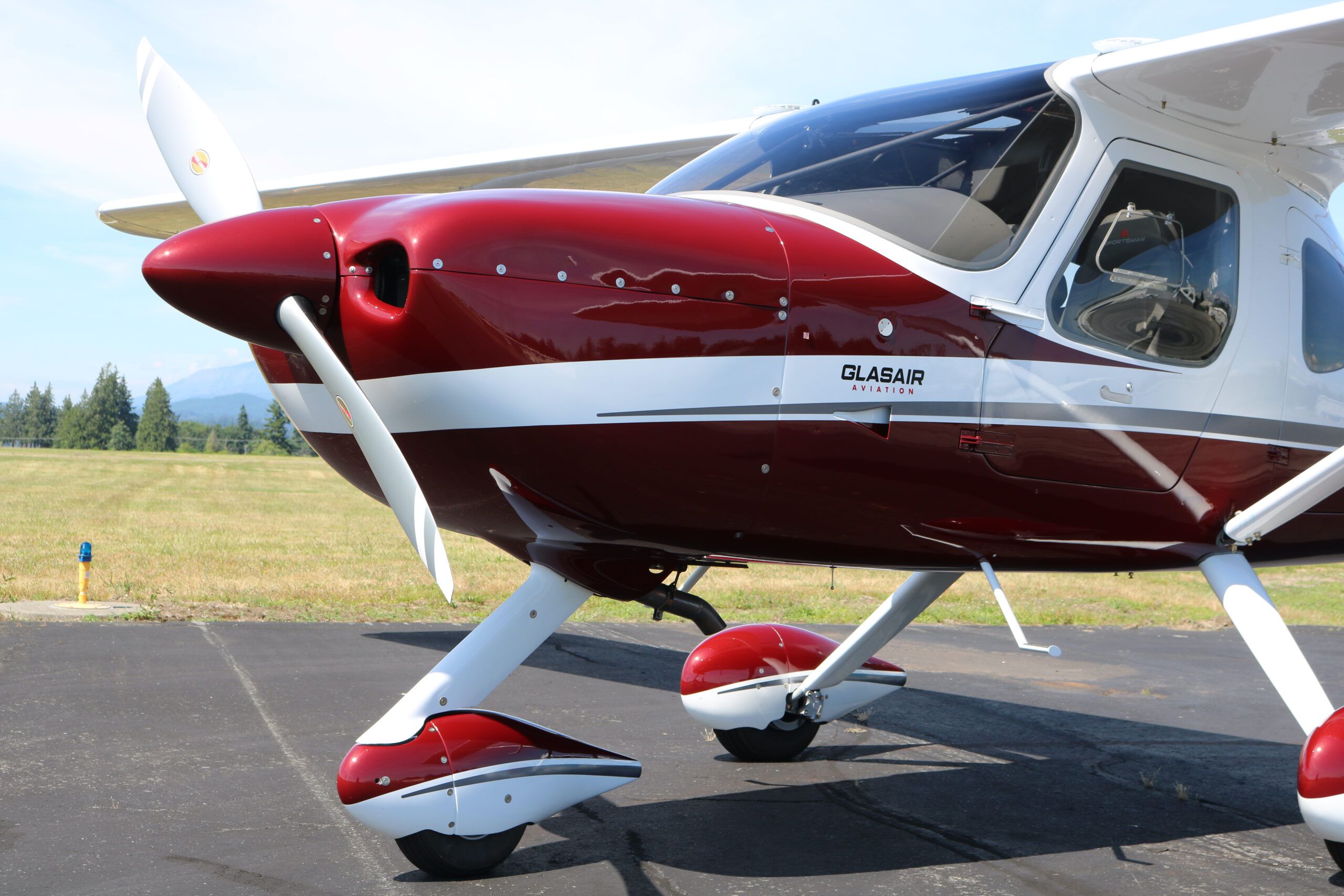 Much has happened since we last checked in with Glasair Aviation. When I flew the Sportsman (KITPLANES, October 2020), it was an example of an evolved design of an airplane we already knew well, and the narrative around it from CEO Randy Lervold was that the company was in the process of updating its manufacturing and design capabilities, and was planning to make some important improvements to the Sportsman.

Then COVID hit, shutting down its Two Weeks to Taxi (TWTT) program. Understand that the company had been trending away from selling kits and toward its builder-assist channels. It started with the CAC (customer assembly center) before TWTT launched in 2006. The market favored the assisted-build channel and, in time, Glasair Aviation leaned ever more heavily on that avenue, to the point that very few Sportsman aircraft were built at home over the last decade or so. You can see how shuttering TWTT, even briefly, would be borderline calamitous.

Glasair Aviation planned to pull back to minimal staff during 2020, commit the engineering resources needed for a few select updates to the design and then come roaring back in 2021 with a freshened airplane and a revised TWTT program. Well, that’s not how it happened.

Today, the company is realigning its efforts, says Ran Fang, General Manager. (Lervold is no longer with the company.) And rather than work toward restarting TWTT, Fang says “Glasair will start to realign our production in anticipation for both kit sales in the fall and the return of TWTT in early 2022. We recognize that our absence [from] airshow events have caused an increased concern for Glasair’s support of existing and future customers.” Indeed, owners of Sportsman aircraft (and the GlaStar) were reasonably worried about factory support.

But let’s back up a second and realize that the company is planning to emphasize kit sales and production first—a reversal of its recent stance—and restart TWTT later. In part, this is likely because the personnel needed to work directly with customers will need to be hired and trained; when the company shut down, these workers largely dispersed. You can also sell partial kits if supply is an issue; the only way TWTT works is if every part is ready on the day the project starts (or nearly so).

Ran Fang, in her public comments says: “Last year Glasair was facing several competing design and production system changes [with] COVID just being one of them, we set out to restructure and rebuild the company on a proper foundation with limited capital funding. For years, Glasair has fallen short on providing customers with proper tech support and parts… We are making every effort to improve things by updating internal documentation and focusing on much needed design changes. We have quickly learned the project was much bigger than anticipated. Nevertheless, we have been working on improving assembly production efficiency, manuals, work books, BOM [bill of materials] structures, retrofit options as well as service bulletin kits with a limited staff.”

In my conversation with Ran, she emphasized some of the back-to-basics the company will focus on, including updating the kit documentation for the Sportsman, which had lagged the work done to support TWTT.

Glasair hopes to have full quickbuild kits available in the fall. When we spoke in June of 2021, the very few kits poised to ship would be at the older prices, but it’s likely the later ones will go up. At that time, the “base” kit was $104,000, before engine, prop, avionics, paint, interior and the 1001 things you need to finish an airplane. And that’s the fiberglass version, which she says is in much lower demand than the higher-gross-weight carbon-fiber version, priced $15,000 more. Using the conventional three-to-one rule of thumb—the finished airplane is typically three times the kit cost—a finished Sportsman is a $300,000 airplane.

Moving back into kit production isn’t the work of a moment, even though GA has taken the “COVID pause” to update many aspects of the company. Money is still an issue. “We are still dependent on our parent company to provide capital funding for improvements. Therefore we have downsized to the point of keeping just a few key people in hopes to maximize our improvement efforts and start becoming financially independent. We anticipate that when we offer kits, we will likely see some initial interest as well as sales. Once that happens, we will be in the position to move forward with the needed resources to support both Kit and the TWTT program,” Fang says.

Glasair will also be filling out an accessory catalog, producing service kits, interior upgrades and a host of smaller programs despite the lean staffing. (It should also be said that the skeleton crew gets generally high marks from the Sportsman community for support.)

Somewhat emboldened by my knowledge of the design, I offered a number of places the Sportsman could be improved. (Because, you know, I don’t actually have to engineer it or pay for the effort…) Things like more fuel capacity, a series of subtle changes to drag (especially cooling drag) to improve performance and rethinking the need for folding wings as a way to get some weight out of the design. (Once built, very few Sportsman or GlaStar aircraft regularly get their wings folded.) It seems unlikely any of these will happen in the short term, since the goal is to economically restart kit production, gradually grow revenue and carefully feed that back into the system. I don’t see a massive cash infusion unless the company changes hands.

The Sportsman and GA are alive, but we’ll see if they can catch up to the high demand for kits in our industry. Restarting production during a worldwide supply-chain upheaval is no small challenge. I hope Glasair Aviation is up to it.