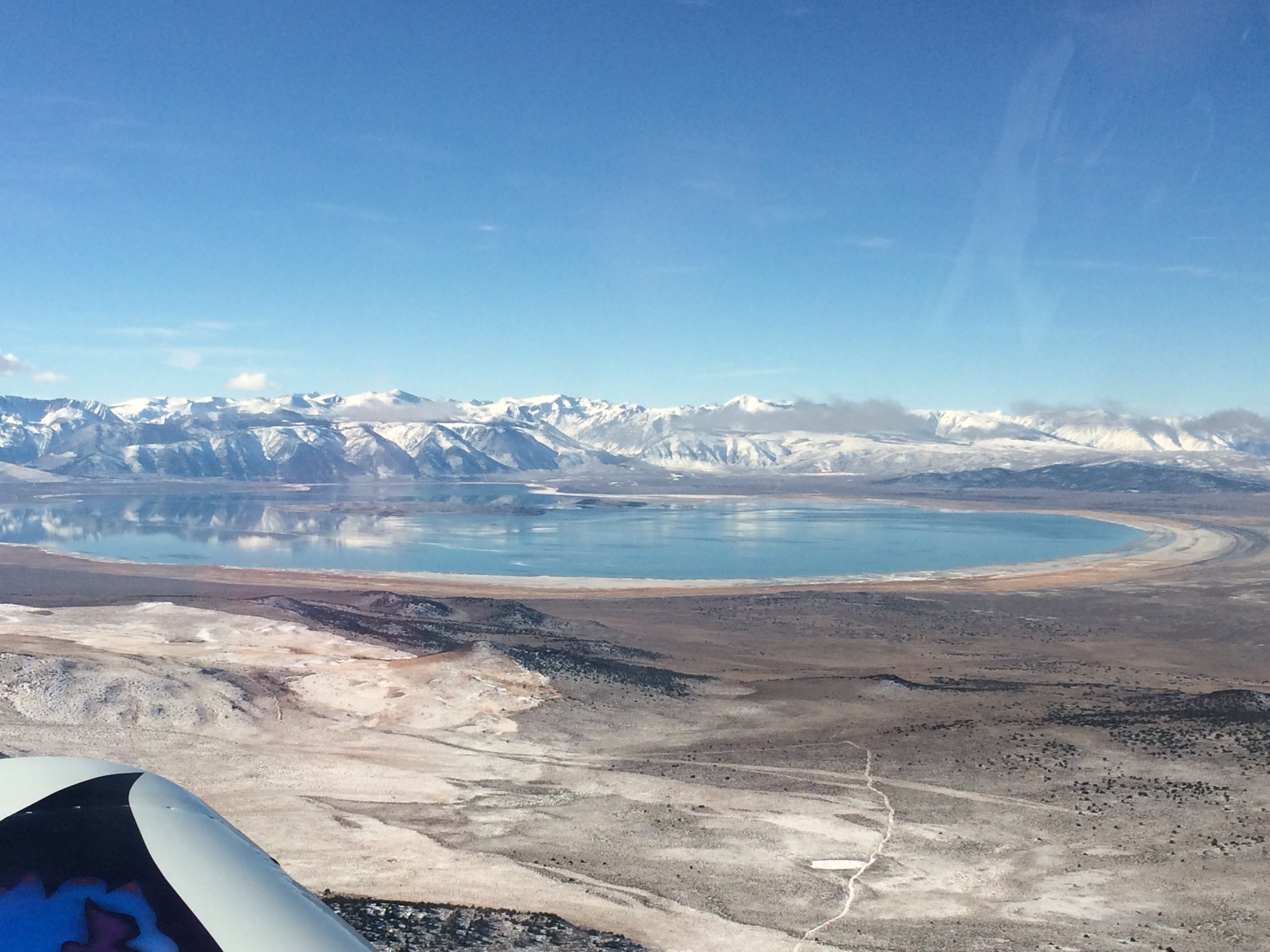 Well, I wasn’t exactly drifting – soaring along on the crest of some ridge lift and fighting a headwind more exactly. But the scenery was magnificent as the haunting shoreline of Mono Lake in California rolled into view. Maybe I should say “shorelines” instead of the singular, for the paleo-beaches of this shrinking body of water are oh so evident.

Mono Lake was robbed of its water for many years as the growing population of Southern California demanded ever more resources in the earlier half of the last century. (Reference the movie Chinatown for more on that story). Those prehistoric shorelines actually extend far further than most people think, if they are just looking from the ground – miles to the east, up in little valleys, you can see the remains of the crenelated shoreline of a lake that was not round at all (like we think of modern day Mono).

Also of note while cruising along on autopilot – the southern shore of Mono was the site of Clint Eastwood’s haunting High Plains Drifter – a pseudo Spaghetti Western that set a new tone for the western genre, bringing in themes of desolation in both environment and the human spirit. If you have ever visited the site, you can almost feel the ghosts as you look at the weird tufa towers that appear as spirits rising from the waters.

But seen from the air, the entire area is much more uplifting – the soaring Sierra Nevada in their winter plumage of white and cloud, the intense blue sky going on forever. Mono is a markedly noticeable feature from space by the way – easy to spot as you look down on the planet through broken or scattered clouds, serving as a benchmark landmark when one is trying to get their bearings. Whether we cross the mono basin on foot, by horse, by car – or by airplane or spaceship – each vantage point has its unique advantages. But the stark beauty of seeing it from above gives a perspective that is hard to ignore, yet easy to enjoy.

Mel Asberry - April 16, 2010
0
Are computer software programs sufficient documentation of a build, and what do you do when a DARs request seems unreasonable? 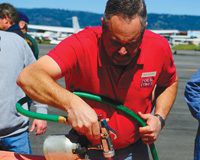 Ron Alexander - January 21, 2009
0
Most of the hard work is done, and its time for dope. First, pick the right spray outfit, next find a clean, well-ventilated work area and finish your surface preparation, and then you're ready to spray. By Ron Alexander.