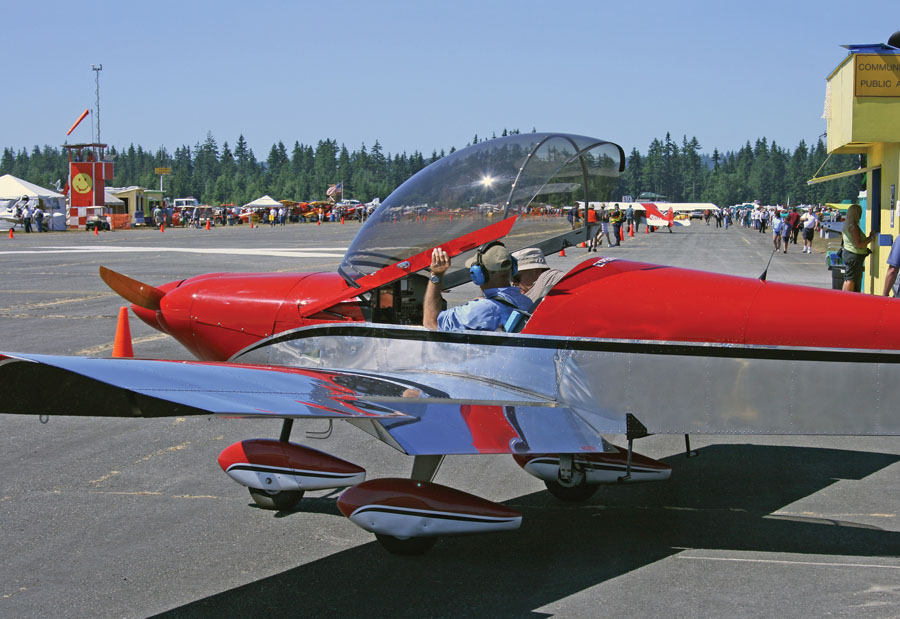 Whether you’re buying a kit or building from scratch, there’s one big expense you must budget for: the engine.

The price can vary widely, depending on whether you use a brand-new factory-fresh Lycoming, haunt the sales sites for a good deal on a used Rotax 912, or pull the motor out of the ol’ pickup truck and start building a reduction drive.

Low cost is great, but there’s another factor to keep in mind: reliability. The consequences of a bad powerplant choice can be a damaged aircraft, broken limbs, and even your life.

In “Homebuilt Accidents: When the Prop Stops” (August 2018), we discussed the typical causes for engine failures on Experimental/Amateur-Built (E/A-B) aircraft. Almost a third of homebuilt aircraft accidents begin with the loss of engine power, a rate that’s twice that of the Cessna 172.

One thing the previous article didn’t mention was the varieties of engines installed in the homebuilts. Almost half (45 percent) had something other than the Lycomings and Continentals one finds in production aircraft. 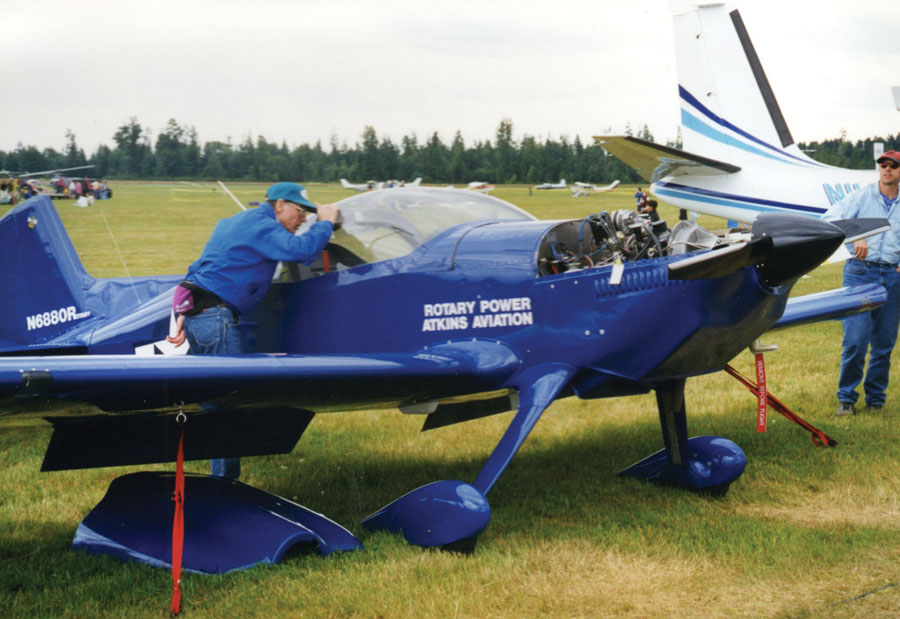 It’s hard to determine reliability of many auto engine conversions due to the low number of actual installations. The January 2019 FAA database lists only 21 E/A-B aircraft with Mazda engines.

For the analysis, I’ve split aircraft engines into seven categories:

Traditional: These are certified engines, approved by the FAA to be used in production airplanes. The owner of an accident aircraft may have modified the engine to a degree that Lycoming may not approve, but the NTSB report still lists the engine as the basic type.

Aftermarket Traditional: These are traditional-style engines, sold by aftermarket companies like Superior or Titan.

Foreign Engines: Powerplants used in production aircraft from outside the U.S. These are primarily the Russian Vedeneyev M14 radials and their various permutations.

Auto Engines: Conversions of automotive powerplants. In the FAA Registry, about half are Volkswagens, with Subarus next, at about 30 percent of the auto-engine fleet. However, about a third of those Subarus are in gyros. The Auto Engine category encompasses any auto-derived engine.

Non-Certified Four-Strokes: These are engines that are not converted car engines; most are newly-engineered. This category includes the Rotax 912, the Jabiru, the Rotec Radial, and others.

Turbines: Mostly the Walther 601 series, but there are some Allisons and conversions of Solar APUs.

Two-Strokes: Any two-stroke engine, of any heritage.

Figure 1 shows the breakdown for fixed-wing E/A-B accidents from 1998 through 2016. After the traditional engines, the largest categories are auto engines, non-certified four-strokes, and two-stroke engines.

The turbine and foreign-engine fleet are small, and the aftermarket traditional tally is also small compared to the main categories. So we’ll leave these out of the rest of the report. We’re concentrating on fixed-wing homebuilts since less than 5 percent of the homebuilt fleet is rotary-winged. 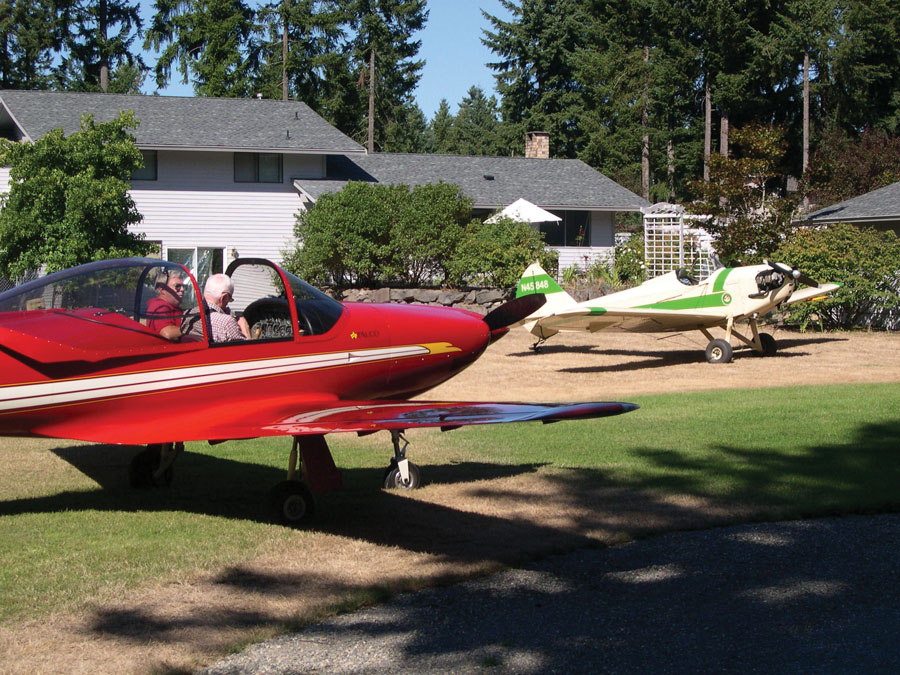 Many classic homebuilts can attribute their success to the use of traditional certified aircraft engines.

Ideally, we’d compare the number of accidents for each type of engine with the number of registered examples and compute an average fleet accident rate.

Unfortunately, this isn’t so easy. A quarter of the FAA Registry entries for homebuilts don’t provide any useful information as to the type of engine. There are ways around this (as we’ll discuss later), but they come with the cost of a string of assumptions.

About 18 percent of fixed-wing E/A-B accidents involving traditional-engined planes are precipitated by a power loss, a percentage shared with the non-certified four-strokes. The rate is twice as high for two-stroke engines (36 percent).

Auto-engined aircraft engines? About 43 percent of auto-engine accidents begin with a loss of engine power. 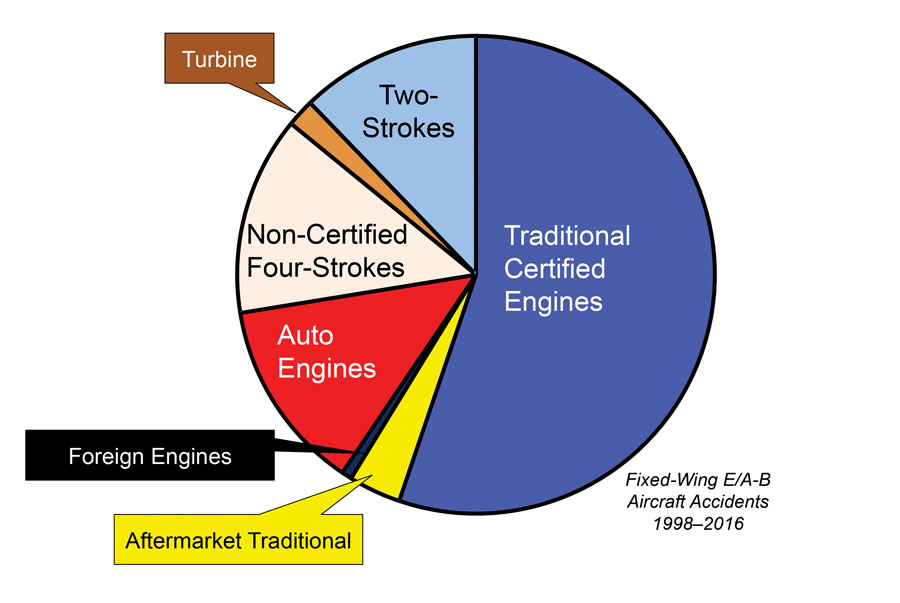 Figure 2 breaks down the causes. Two-stroke engines hold the top position for engine internal issues; piston seizure is a typical failure mode that can be triggered by a variety of problems. Auto engines take the lead in ignition, reduction drive, and cooling difficulties. 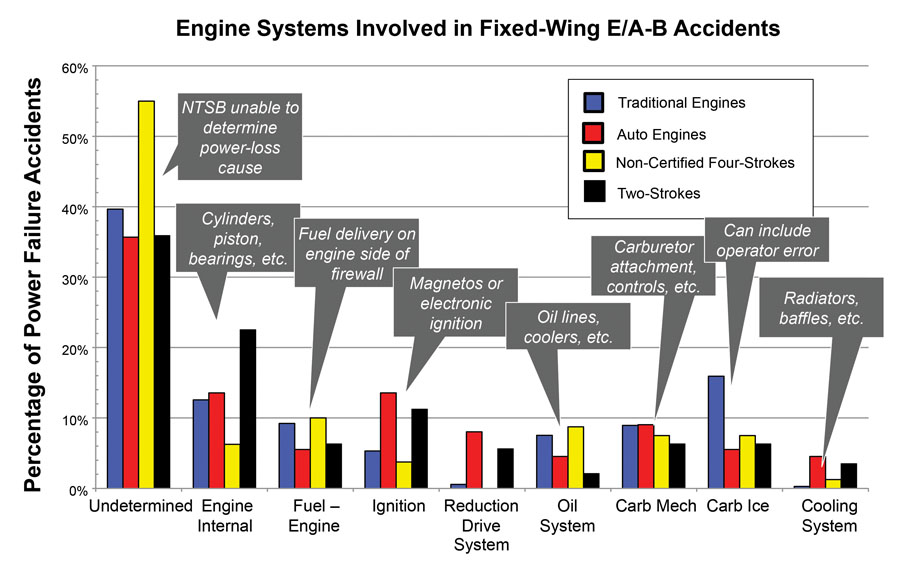 Most auto conversions use modern electronic ignitions rather than old-fashioned magnetos, but it makes them vulnerable to electrical power issues. Traditional engines usually have two completely independent magnetos that don’t need an alternator or battery, while dependence on electrical power make electronic ignitions vulnerable. Engines using them should have two independent, non-interconnected systems—but too often, there’s a common point of failure. Over half of the auto engine “ignition” cases were actually electrical faults that killed the controller.

As for the PSRUs and liquid cooling systems…well, the traditional engines usually don’t have those, either. If they aren’t installed, they can’t fail and cause an accident. Many of the non-certified four-stroke engines (Rotax 912, Rotec Radial) have gearboxes, but they don’t appear to be causing any trouble.

Auto-engine failures occur earlier in the aircraft’s life. As Figure 3 shows, nearly 18 percent of their accidents happen in the first 10 flight hours. This is three times the rate of traditional engines and indicates that builders need to do more ground testing of their auto-engine conversions prior to first flight. 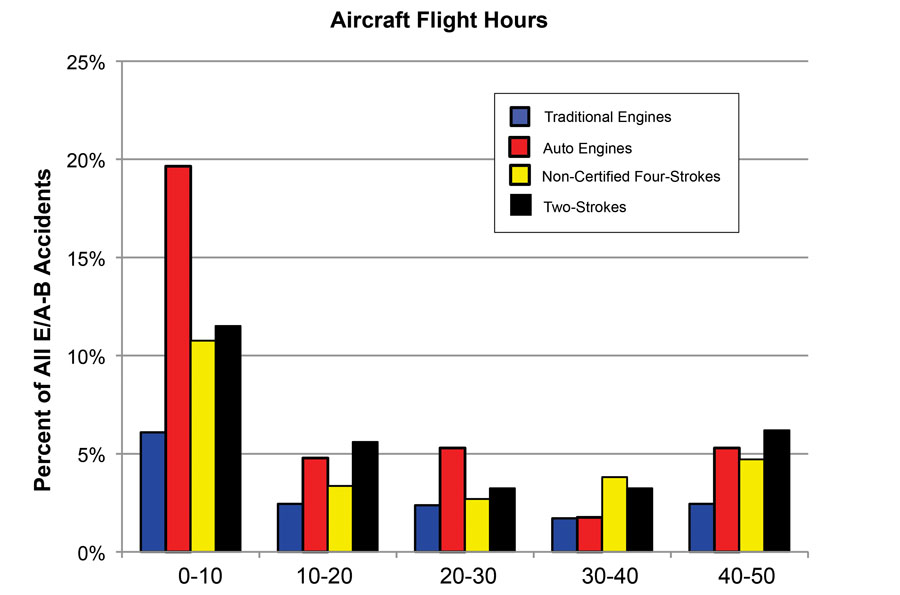 Curiously, traditional engines, auto conversions, and two-strokes have about the same rate of cases where the NTSB was unable to determine the reason for the loss of power (between 35 percent and 40 percent of all loss of power accidents). But the rate for uncertified four-strokes is significantly higher—about 55 percent. (For more information on undetermined power loss issues, see “Homebuilt Accidents: When the Prop Stops,” August 2018.)

Traditional engines have a much higher rate of carburetor icing cases. Like the undetermined cases, these can be due to pilot issues. However, the NTSB attributes some cases to inadequate or non-existent carburetor heat systems. 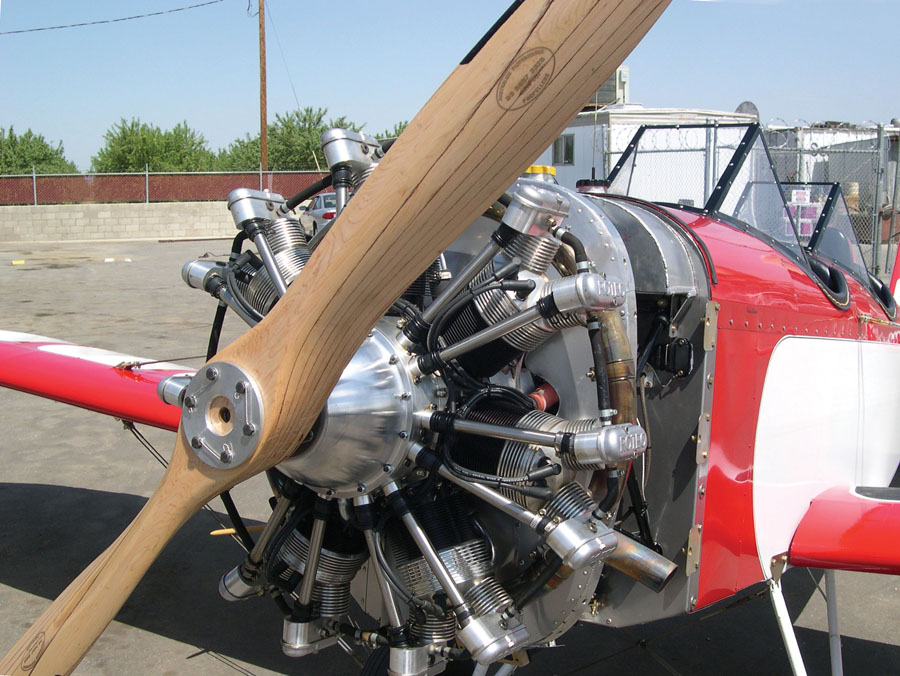 The Rotec radial, along with the Rotax 912 and the Jabiru, is an example of a non-certified four-stroke engine.

As mentioned, computing the average fleet accident rate (the number of accidents per year versus the number of registered examples) isn’t simple. More than 3500 entries in the FAA registration database just list the engine as being “AMA/EXPR”—Amateur-Built, Experimental.

Why? No way to know for sure. Some folks prefer not to give the government more information than absolutely necessary. Others believe they can escape the long arm of the airworthiness directive (AD) department by not having “Lycoming” on their registration. Others have listed their actual engine in their application, only to see the listing in the Registry changed to AMA/EXPR.

The ambiguity is not just with AMA/EXPR engines. In the December 31, 2018 FAA Registry, almost 2500 entries just say “Rotax” or “Bombardier.” There’s no model number to help determine whether it’s a two-stroke 582 or four-stroke 912. 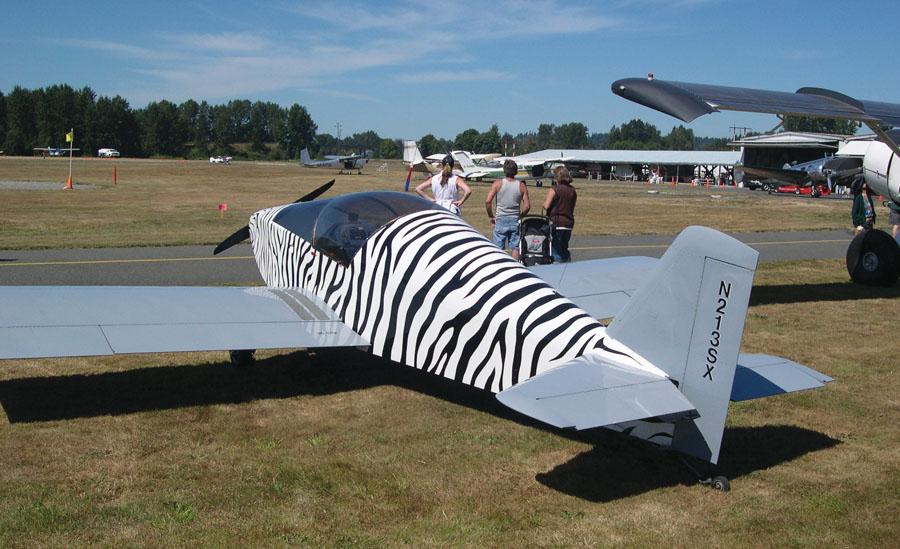 The Sonex is probably the largest modern user of VW-derived engines.

A quarter of the fleet makes a lot of difference in rates. When computing the accident rate for, say, auto-engined homebuilts, car-motor aficionados would love to claim that all 3500 AMA/EXPR entries have a V-6 under the cowling. Probably not the case.

I found 250 aircraft that were “AMA/EXPR” in the FAA Registry, but had specific engines listed in NTSB reports. About 26 percent had traditional engines. Since the majority of homebuilts with known engines had traditional powerplants, this does confirm that AMA/EXPR entries do lean toward alternate engines.

Almost the same percentage (25 percent) had auto engines, 13 percent had non-certified four-strokes, and nine percent had two-strokes. I ran the same process on the unspecified Rotax cases and found that they were evenly split between two-stroke and four-stroke engines. With the ratios established, we can allocate the appropriate number of AMA/EXPR registrants to their rightful categories and take a shot at the average fleet accident rate.

Figure 4 is the result. At this point, the fact that the Auto Engine group is higher shouldn’t be much of a surprise. 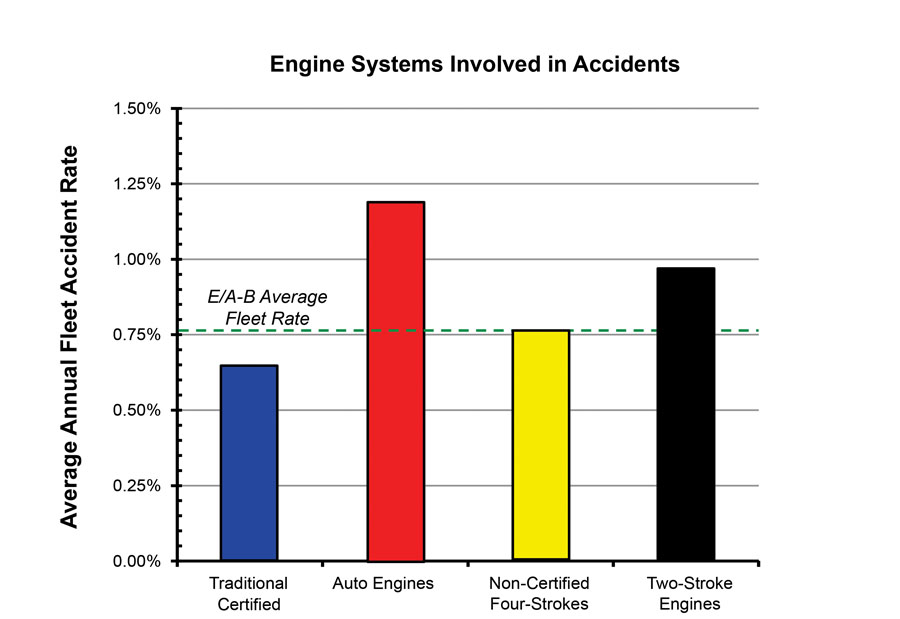 The high power-to-weight ratio of two-stroke engines not only brought about the ultralight revolution of the 1980s, but subsequently enabled a large segment of the homebuilding fleet. Remove the two-strokes and a lot of good airplanes wouldn’t be available. Similarly, the availability of VW conversions enabled the development of a lot of good small aircraft. The Volksplane led the way, and the Sonex is a good modern example.

Is it possible to build a homebuilt with a reliable auto conversion or two-stroke engine? Of course. There are people who have been flying them successfully for years.

How? By understanding their engines. By following the manufacturer’s or designer’s recommendations during installation and operation. By paying attention to the experiences of other builders, to both learn from their mistakes as well as find out when the manufacturer or designer may have erred themselves (it happens). And, finally, by testing the system extensively, both before first flight and during the flight test period.

The ability to install any engine the builder desires is a cherished feature of the Experimental/Amateur-Built category, and I lift my glass to the men and women who do so.

However: Just because you can, doesn’t mean you should. Some builders look at alternate engines as lower-cost alternatives. But sometimes it can make sense to spend more money for an option with less chance of failure. An unreliable aircraft engine is no bargain, no matter how cheaply it’s obtained.

Barnaby Wainfan - September 7, 2020
2
In the last few months, we have explored how planform and taper affect both...