There comes a time in every plane’s life when you just have to take her down for maintenance. Our RV-3B is probably the most delightful airplane I have flown, and I hate to leave her on the ground for any length of time – but we must salute the rules of preventive maintenance, and in this case its time to send the prop in for a little checkup. 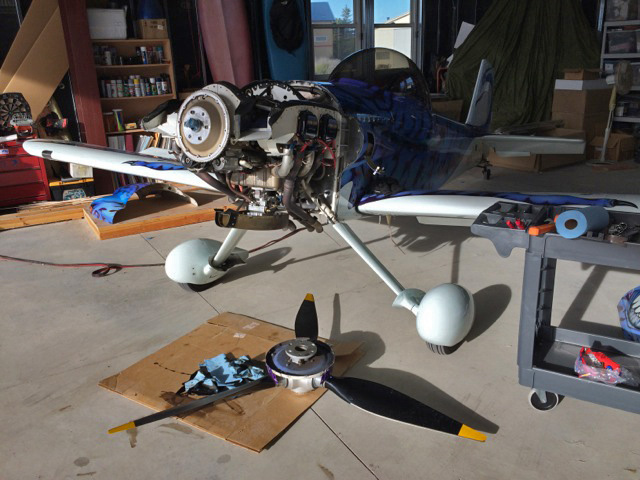 The Whirlwind 151H is a great, lightweight constant speed prop that works perfectly on the nose of this nimble but powerful airplane. They have been built in small numbers compared to the larger Whirlwinds or the ubiquitous Hartzells, so there is not a lot of service history for the company or overhaul shop to go on – so the service interval was set at a very conservative 350 hours until someone got enough hours to see if that could be expanded. When we reached a little short of that magic (yet arbitrary) number, I consulted with the prop’s designer on his thoughts, and he told me he was out about 450 hours on his, and it was showing no signs that it needed to be pulled apart – so we agreed to go longer.

When we reached 400 hours, I consulted with Ameritech Propellers in Redding, CA – the west coast service center for the props. We talked about how it was doing, and what the potential wear issues would be – and agreed that if it wasn’t throwing grease, we should keep running it some more. Before you know it, we crossed 500 hours, and after landing from a recent fight, I noticed a few small streaks of grease at the root of one blade. Wiping it off, I gave it another local flight – and there was a little more grease.

I guess that means we crossed the threshold, so off she comes, and a truck from Ameritech will be by next week to pick up the little lightweight gem. We’ll see it back in a few weeks, and might just follow it through the shop for a future article here at Kitplanes.

Barnaby Wainfan - May 22, 2014
0
Aeroelasticity—structure with a twist.

Mel Asberry - February 20, 2022
0
Question: I have a question about the repairman certificate. Let’s say the FAA issues... 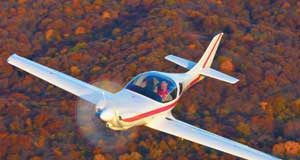