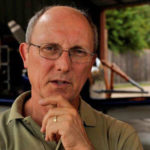 I guess it’s a Monday Aviation Journalist thing – time to get grumpy and complain. Over on our sister publication, AVweb, Rick Durden is stomping out Old Wive’s Tails and Bertorelli is complaining about what constitutes a “Game Changer” in aviation… I want to talk about this continued fascination with the “Impossible Turn” – turning back to your departure runway after an engine failure on take-off.  I see this discussion come up over and over on internet forums, despite the fundamental thing we teach flying students, which is DON’T DO IT!

Now I’ll be the first to admit that it CAN be done under the right conditions. It is done more than we know.  We don’t have numbers on how many times each year, but since engine failures happen fairly rarely, I doubt that it is in the thousands each year. But in that year, we have quite a few accidents when it fails, making the percentage of failures high. And have no doubts – when you fail at the maneuver, you die.

Pilots love to talk about going to practice this at altitude, and they set numbers for themselves that above this, they’ll try it if the engine quits. But until you’ve had an engine quit on you, , understanding the confusion and denial that goes on just getting IN to the maneuver is impossible to understand. Oh, and for the glider pilots among us (I am one), this is nothing like a 200 foot rope brake in even a training glider – powered planes without power just don’t fly like that.

So why do I harp on this? I have had two friends killed this year trying to turn back after engine failures on takeoff – both relatively experienced pilots, one a Gold Seal Flight Instructor with many more hours than most pilots will ever have. Both of these guys talked the talk on flight safety and on being conservative pilots. Both flew a lot in the types of planes they rode to their demise. Neither of them had big egos, or considered themselves superior to other pilots. Both took a passenger with them when they died.

Maybe – just maybe – if we stopped talking about how to do this deadly maneuver, and went back to emphasizing that it is just NOT worth the risk, more people would walk away from their wrecked airplanes somewhere off the end of the runway, and fewer bodies would be scraped out of smoking holes in the ground.  I’m not a head in the sand kind of guy – I don’t mind what-iffing just about anything. But the emphasis needs to be on why it is a bad idea – not on how to try and do it. The more we encourage people to try – the more people we are going to kill.