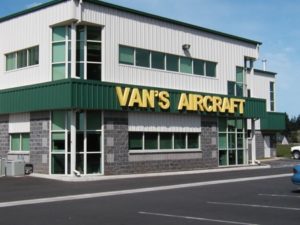 Following the 2014 crash of an RV-10, Van’s Aircraft was sued for damages in a case that was widely publicized and whose outcome was nervously awaited by many in the kit building industry. Today, Van’s announced that the lawsuit has been dismissed and issued the statement below.

As many of you may know, Van’s Aircraft and others were named as defendants in a lawsuit related to a tragic RV-10 accident that occurred near the Oregon coast in May, 2014.

“A total loss of engine power due to fuel starvation because of a blocked fuel line that resulted from the pilot’s improper maintenance practices and the pilot’s subsequent failure to maintain adequate airspeed while attempting a forced landing, which led to the airplane exceeding its critical angle-of-attack and experiencing an aerodynamic stall.“

The plaintiffs’ attorneys in this case initially chose to publicize this suit extensively, along with the claim for very high damages. We know that many of our customers and others in the aviation community have been concerned about the status of this suit for some time.

The crew here at Van’s would like to let everyone know that this suit was dismissed. Van’s own investigation of the accident concurred with the NTSB probable cause report. The complaint against Van’s had no merit.

Now and in the future Van’s is committed to providing our customers with the highest quality Kit designs and assembly instructions available. Our entire staff strives to make our designs the safest in the industry and we encourage our customers to utilize our free builder assistance, vast internet resources and the expertise of EAA Technical Counselors and other experienced builders.

The loss of life and injuries caused by this and too many other accidents are truly sad and unfortunate… and preventable. Please build and fly safely.