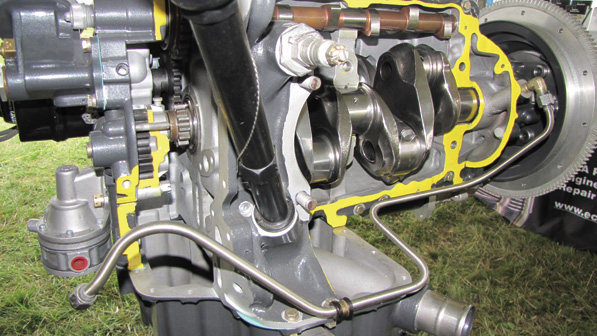 This airshow-stand engine cutaway wouldn’t make a good used buy, of course, but does illustrate the major components that could give you grief-crankshaft, cam and cases all need to be in suitable condition or a pre-owned engine could be expensive to overhaul.

Buying an engine for your Experimental/Amateur-Built project can be a no-brainer kind of decision or a time-consuming challenge. Hows that for cutting to the chase? Well, its true. For some builders, the choice is clear: Cut the big check, accept a big box from Continental, Jabiru, Lycoming or Rotax, and count on the factory-new engine to be everything you could want.

There are some compelling reasons to follow this course. First, you get a new engine with a warranty, and from just about every angle, its a known quantity. Second, if you buy through the kit manufacturer-many of which have OE (original equipment) status-you might get a remarkably good deal. Third, you have some assurance that the engine you’re ordering will be compatible with the rest of the airframe. Variables such as induction style and location, accessory case configuration and a few others can mean the difference between it all fitting as planned or not.

Many builders elect to seek out used engines to save money. Some believe that an experienced engine will have the bugs worked out, and that will mean one fewer variable to deal with on first flight. Another group sees a used engine as a complete core, something to be disassembled and rebuilt before first flight. Well look into each option.

There’s a temptation for enthusiastic kit buyers to order a new factory (or aftermarket) engine at the same time that they order the airframe kit. Here are two reasons why this is not always a great idea.

Mike Everhart, Lycomings director of distribution management and customer service, says that the Lycoming 24-month warranty starts when an owner or operator puts the engine into service by sending in the warranty card. If Lycoming hasnt received the warranty card within 24 months from the date the engine leaves the factory, the warranty automatically starts at the beginning of the 25th month. The warranty clock starts clicking even when the engine is still sitting in the corner of the workshop.

The second less important reason is, The Lycoming warranty doesn’t cover corrosion, said Everhart. Although Lycoming engines are preserved before shipment, the normal preservation treatments aren’t meant to preserve against the onset of corrosion until the end of time. This second consideration can be offset by purchasing whats called a foam-pack option for long-term storage, but that kicks in an additional cost. The foam-pack option is guaranteed to protect against corrosion for 180 days, but users report corrosion-free protection for much longer periods when the engine is protected from weather and extreme climatic conditions.

Still considering buying used? OK. But before we get down to the details, remember this maxim: If the deal (price) seems too good to be true, then it probably is. Don’t be lured into thinking you’re the one guy who has found a pristine IO-360 that only needs a quick going over to be a great engine for half the cost of new.

Buying and installing a good-running used engine seems at first to be straightforward. Engines that haven’t stumbled during the first 100 to 150 hours in service have survived the infant mortality phase of engine life. After that an engine that is maintained and flown correctly will provide at least 1000-and often 2000 or more-hours of reliable service. But there are pitfalls to this option.

The following are the non-negotiable steps in Saylors used engine verification process. The engine must have been rebuilt by a reputable shop to new limits, and the list of parts installed, airworthiness directives (ADs) and service bulletins complied with during the rebuild must be listed in the engine logbook. An engine overhaul signed off with a logbook entry that reads details on file under work order #### must be viewed with skepticism unless that work order can be readily obtained.

Further, the engine must have become available for a reason thats not connected to the operation of the engine. According to Saylor, any hint of a prop strike mandates a teardown inspection.

A prop strike is the thing that worries me the most, says Saylor. A lot of people don’t realize how serious they are. I always recommend that builders budget for a teardown inspection when they figure the costs of buying a used engine.

More thoughts on considering a used engine come from Bart Lelonde of Aero Sport Power in Kamloops, British Columbia. Lelonde puts it succinctly when he says, If I were in the market for a used engine, Id get as much documentation as possible. When asked how he would inspect a used powerplant, Lelonde says he takes two cylinders off one side of a four-cylinder engine. Its the only way to inspect the camshaft and lifters.

Steve Wentworth of Wentworth Aircraft, Inc. in Minneapolis is owner of one of the biggest airplane salvage yards in the country. Wentworth says his company buys more than 200 damaged aircraft a year and, supplies more used engines for kitbuilts than any other supplier. He warns buyers that they must know who they’re dealing with and why the engine is being offered for sale. Make sure the engine you buy has a verifiable history such as a complete set of logbooks. Wentworth explained that some builders can get a good deal by buying a damaged engine. Ill guarantee the case of any used damaged engine I sell including prop-strike engines, he said. 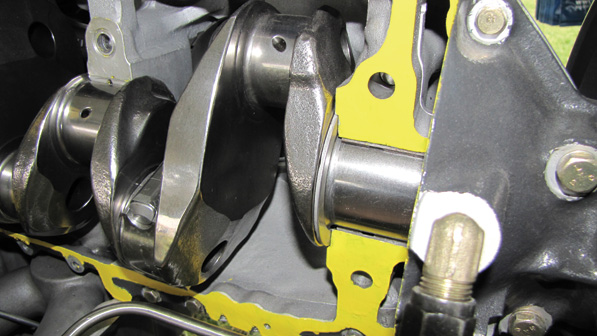 Crankshaft condition is one of the most critical factors in a used engine. Its expensive to replace, and can be damaged from even a seemingly gentle prop strike.

The Buying and Rebuilding Plan

A small number of builders buy high-time, runout used engines or damaged used engines because they need a core and have always planned to pay for an engine overhaul. These builders are knowledgeable about the engine they need and how they want it configured. They want to be involved at some level in the engine inspection, parts purchases, modifications, final assembly and testing phases.

Thats not to say this is the least expensive way to go. Take this story from an RV-7A builder. He purchased a 180-horsepower O-360-A1A from White Industries for $8500; it had had a prop strike. The engine had 3619 hours of total time, 1422 since major overhaul and 396 hours since a top-end overhaul. The screen was clean and all compressions were in the 70s. 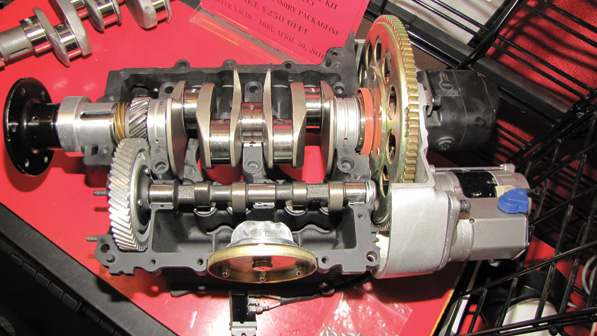 Knowing what you’re buying isn’t limited to standard aircraft engines. The venerable Volkswagen powerplant has its own set of quirks and needs. Absolutely consult an expert in the field before putting a used example into your project.

The owner helped disassemble the engine and sent all the parts-including the case, camshaft and crankshaft-for inspection. The crankshaft, camshaft, connecting rods and case halves all proved to be airworthy. The cylinders-which had been previously plated back to standard with the NuChrome process-were more worn than the time since top overhaul suggested, so they had to be refurbished. The discovery of excessive cylinder wear proves that a logbook entry is no guarantee of top-notch workmanship or build-to standards. After reassembly and test, the total spent was $15,658. It cost nearly as much to refurbish the used damaged engine as it cost to buy the engine core.

Bob Honig of Eagle Engines in Redding, California, says that he had good numbers for a 200-hp Lycoming IO-360 engine out of a Mooney that was in for a teardown inspection following a prop strike. The cost to tear it down, inspect all of the parts and reassemble the engine totaled $8036. If there’s corrosion on the cam or lifter faces-ka-ching! If the crankshaft doesn’t pass-ka-ching! You get the picture. The final cost for us to overhaul-with new cylinders-an IO-360 core will be between $18,000 to $19,000, he said. For a few thousand more, owners can buy a new engine with a two-year warranty.

Nevertheless, a few owners will go this route because they believe that only high-quality engine shops are capable of delivering the modifications and special upgrades they want installed. But the bottom line is that most kit builders get the highest dollar value from their engine purchase by buying the engine recommended by the manufacturer through that manufacturer.