If the Mojave Experimental Fly-In had a theme in 2019 it turned out to be “big.”

In MEFI tradition owner-pilot Patey was generous in answering questions and posing for photos, including moving other aircraft next to the towering Draco.

On the other hand, big doesn’t begin to describe the first flight of Paul Allen’s Stratolaunch just after 7 a.m. Saturday morning. More formally the Scaled Composites Model 351, this immense composite overcast of twin fuselages, six 747 engines and 385 ft wingspan is better described as huge. That’s befitting of the world’s largest airplane–measured by wingspan–and those who witnessed its maiden flight a few hours prior to the MEFI main gathering will never forget the sight.

While a happy coincidence that it first flew during the MEFI weekend, the immense private project certainly captured MEFI’s innovative spirit. As Cathy Hansen, one of MEFI’s organizers put it, “Everyone who witnessed the first flight felt the enthusiasm and spirit that the unique aerospace development culture produces here at Mojave Air & Spaceport. It was an exciting, once in a lifetime experience!” In fact, the MEFI judges were so taken by the historic first flight they awarded Dale Stix, the Stratolaunch crew chief the Best Test prize for 2019.

Otherwise we have to say the 7th annual MEFI display ramp was, if still populated with interesting projects, a little thinner than last year’s record-setting attendance. We’ll bet the rush-hour free-for-all arrival traffic last year made many wary of trying again this year, which was a shame as the morning arrivals were well-spaced and we heard no complaints this year. Getting out was, as usual, hassle free. Thanks to our KX155 being in the shop we even did the trick via light signals and had no issues whatsoever.

Certainly the weather cooperated, something that seems a MEFI tradition. It was windy late Friday and a bit breezy on the ride home later on Saturday, but the show hours were simply high desert perfect. 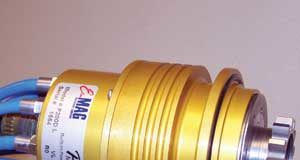