Bob Hadley wrote an excellent article [“Home Shop Machinist, Material Matters: Aluminum,” March 2016] that clears up what all those numbers mean on a piece of aluminum. But didn’t Ford Motor Co. retain steel in truck frames and put “military-grade aluminum” in the body to save 700 pounds of weight?

In his “Home Shop Machinist” column, Bob Hadley mentions that Ford truck frames are made of aluminum. He is referring to the newer F-150 pickups that have aluminum body panels. These pickups, in fact, have steel frames. This is a minor point, but Ford pickups are close to my heart. Thank you for producing a wonderful magazine.

We aren’t sure exactly what car (or truck) our home shop machinist drives, but we’re pretty sure that it is at least made of metal of some kind. Thanks to all the Ford aficionados who wrote in on this topic!—Ed.

I found “Did a Starter Kickback Knock Your Teeth Out?” [“Maintenance Matters,” January 2015] to be very well written on what one must do to change the Lycoming starter ring gear. A word of caution is in order if one wants to change to a different number of teeth. Assuming the correct starter, but a starter ring support that was 122-tooth and changed to 149-tooth, clearance issues can occur between the starter gear and ring gear. The Sky-Tec NL starter is made very close to the limit that Lycoming set. I have seen a 122-tooth support assembly changed to 149-tooth gear. After 15-years of success with a Sky-Tec PM starter, an NL starter was installed. The gears would contact each other for about 5 degrees of rotation, but were clear for 355 degrees of rotation. If one changes the number of teeth on a ring gear from what was originally used, it may not work with all starters. More info about interference with the Sky-Tec NL starter and a 149-tooth ring gear on a 122-tooth support assembly can be found at: http://www.skytecair.com/RingGearTech.htm.

In “Home Shop Machinist” [February 2016], Bob Hadley talks about a pattern of overlapping circles that is often inscribed on metal. He calls it perlage or pearling. I have always known this finish as engine turning. I checked the Web and sure enough, Wikipedia lists it as the same and indicated the technique was used on the Spirit of St. Louis.

I just finished reading Kevin Horton’s “Determining Engine Power” [March 2016]. This article has a subheading that reads: “It’s easier than you think.” You gotta be kidding!

Why do you think Mr. Horton has his head in his hands (picture on page 32)? To some, engine power calculation is complete magic. But the truth is, it can be calculated, so long as you have the proper tools, as given in the article. Easier is, after all, relative.—Ed. 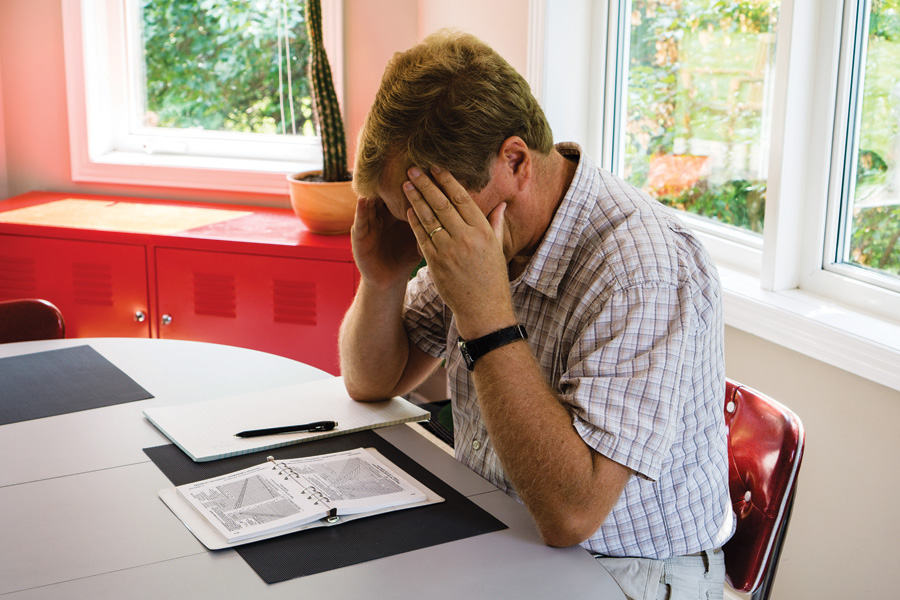 Ron Wanttaja - April 27, 2020
8
Thousands of E/A-B aircraft have been removed from the rolls, but most of them haven’t existed for decades.