If you are in aviation, by now you’ve heard the word “redundancy.” Most everyone learns to fly, or has flown, an airplane with an internal-combustion engine. And almost all of those engines have dual ignition systems. If one fails—completely or partially—the other takes over and you can proceed to a safe landing. The engine has built-in redundancy.

The concept is simple: You have a Plan A and a Plan B. One is primary and the second is a backup (though in the case of ignition systems, they both operate all the time; one simply operates a little less efficiently if the other fails). And backup plans are what I really want to talk about. Redundancy theory can actually get a bit complex at times, and frankly, it has put a number of people to sleep. But the simple question: “What’s your backup plan?” cuts through to the chase. Answer that, and you’re golden. 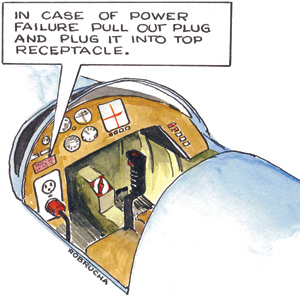 Let’s look at instrument flying. Generations of pilots have been taught to fly airplanes under IFR that were equipped with a vacuum pump and two vacuum gyro instruments. In addition, they had an electric turn-and-bank indicator that could be used with the compass, airspeed indicator and altimeter should the vacuum system (and its fancy gyros) decide to pack it in while the airplane was sniffing its way through inclement weather. Pilots were expected to demonstrate and maintain their skills flying the airplane partial panel, shooting approaches to minimums with the backup instruments and sweating buckets all the time—even in winter. It has been said that flying instruments is easy; the difficult part of the instrument rating was flying with the backups. Sadly, statistics point out that not only is this true, but many pilots could not maintain their skills at a level high enough to keep themselves alive.

When electronic instruments, now so prevalent in the homebuilding world, first began to appear, builders and pilots wisely elected to keep the old, proven mechanical instruments in the panel, “in case those electrons stop going ’round and ’round in all those fancy boxes.” The good old needle and ball still appeared in the corner of the panel, along with the analog airspeed indicator and altimeter. The old paradigm was in full force—for a main instrument failure, you needed the old reliable backups.

But then we started rethinking that strategy. The goal of the old-fashioned backups was not to be able to fly the airplane with ancient and arcane instruments the way Jimmy Doolittle did on that first-ever blind landing. It was to be able to safely fly the airplane with a failure of the primary systems. The turn-and-bank was the only available means to that end for many years, except for those pilots fortunate to have two vacuum systems and multiple gyros. 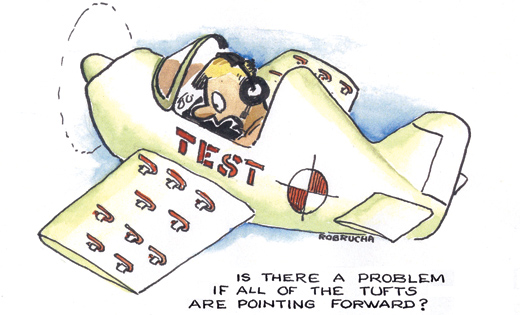 But what if you installed dual electronic flight instruments, and made sure that they had separate power supplies, independent of each other? Flying with primary flight instruments is much easier and safer than trying to line up ancient and arcane needles that bounce around in bad weather, or we’d all be using them, right?

The lesson in this story is that we don’t necessarily need to have skills with needle, ball and airspeed (many newer airplanes don’t even have them), but we do need to have a backup plan for at least one primary failure—be that a failure in the instrument, essential sensors or power source. If you have a viable plan, you are covered. If you can cover yourself for two failures, that is even better. Of course, those two failures need to be independent failures—not two things that can be taken out by a single, common cause. If all of your electronics, for instance, are connected to a single power bus, and that bus experiences a dead short to ground, then everything dies at once. Having a battery to back up the alternator in that case does no good—you can’t get the electrons to the instruments if they decide to take a shortcut back to the source. 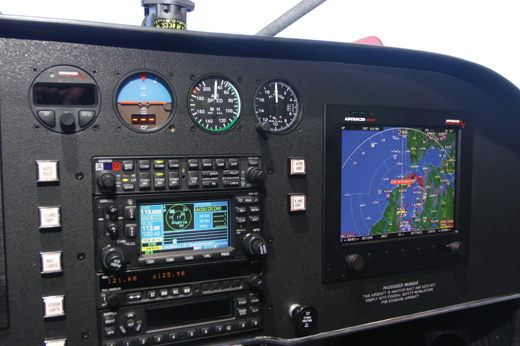 While the fancy Garmin GNS 430 might provide primary navigation, most glass cockpit displays have their own internal GPS that can be used in a pinch as a backup. It might not be IFR legal, but it will usually keep you alive.

This all points out that having backups is not simply a matter of having more stuff. What we would like to have are smart backups, which are backups carefully considered to provide specific functions and therefore make the weight we put into our airplanes worthwhile. With today’s electronic offerings, it is frequently both lighter and cheaper to install two different electronic attitude systems rather than build in an old-fashioned vacuum system and a backup. Plus, if one of them goes south, you won’t need special skills to keep flying, you can fly the way you always do. No needle and ball to contend with.

It is important to keep your backup plans independent of your primary plan. By that I mean you want to make sure that if the primary equipment or process fails, it can’t take out the backup as well. With the newer crop of all-electric instrumentation systems, that usually means you will need to have two separate sources of power (a battery and an alternator will do, so long as they can be isolated), and a bus structure that allows power to be supplied to your separate boxes if you experience a major short. This does not have to be terribly complicated—in fact, simpler is always better—but it needs to be considered. 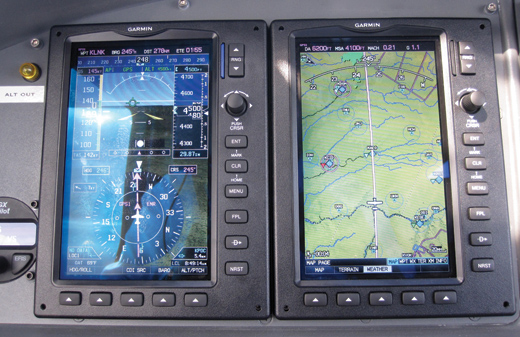 Having two EFIS screens provides a backup in case one fails—as long as they aren’t both rendered inoperative due to a common power loss. How you power expensive equipment is as important as having the equipment.

I like to think of planning for backups as a question-and-answer game. I start by building a list of all the operations I might need to perform with an airplane. Control the aircraft, navigate, communicate, remain aloft, etc. Then I ask myself what equipment or operational technique I will use to ensure that those operations can be performed. Next comes the fun part, asking the crucial questions. What will I do if this equipment or operational technique fails? What will I use or do then? I always need an answer to that question, or my design is flawed. 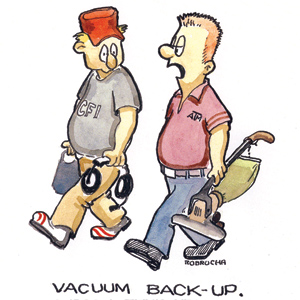 Let’s try an example. I need to be able to fly the airplane without visual reference with the ground. My primary method will be my whiz-bang, non-redundant EFIS, powered by the main and essential power buses. What do I do if the EFIS quits? I will use my backup attitude indicator, or maybe I’ll use the autopilot to control the airplane, assuming that I have built the systems so that the autopilot is separate from the whiz-bang EFIS. What happens if the EFIS is fine, but that missing Cleco from my building days suddenly lodges itself between the main bus bar and the fuselage skin, creating the mother of all spark showers? Well, I will de-power the main bus, and power the EFIS from the essential bus. Of course, this is only after having carefully designed the electrical system to allow that option. Ahh…but your short fried the alternator? Not to worry, the battery can power the EFIS for an hour on the essential bus, right?

The big elephant in the room is that most homebuilt aircraft these days have a single engine. But even if the engine fails, you have a backup—you know how to land with an engine failure, because we all learned how to do that in primary training. If the engine is running partially, that gives you more options; if it quits entirely, then finding a safe place to land is imperative. Landing without power is a viable backup plan, unless you operationally put yourself in a situation where it is not possible—at night, in the mountains or in other inhospitable terrain. But the logic of backups applies. What happens if my engine fails? I make an engine-out landing. What if I am over water? Then I ditch and use my life raft and survival vest to save my life. Backup plans work. 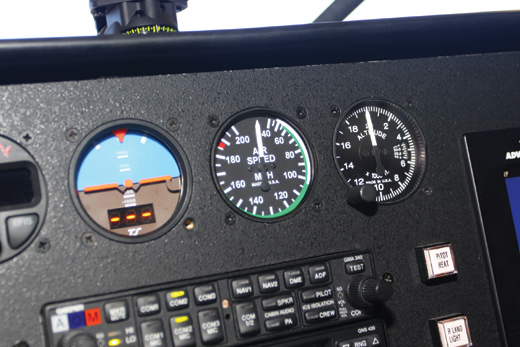 Some people back up an EFIS with another EFIS from a different manufacturer to prevent bugs from taking everything out at once. Others prefer a simple set of “old-school” backups: airspeed, altitude and an attitude reference.

Before we leave the topic of backups, there is one more thing I’d like to mention, and that is the issue of the Superior Pilot. (He’s so important, I’ve capitalized his name.) We have all heard the old saw: “The Superior Pilot is one who uses his Superior Judgment to avoid having to demonstrate his Superior Skills.”

Well, in the context of backup plans, if yours include the use of superior flying skill to get you out of a failure, it might be wise to think again. You may be having a bad day or may just not have brought your A game on the day you have a problem. And, quite frankly, most of us overrate our superior skills anyway. No, backup plans need to be realistic. Don’t count on a miracle as a backup plan, they rarely happen on demand.

Backups are your friends, and they do not have to be complex. Powered airplanes are naturally backed up by their ability to serve as gliders. That natural capability should extend to all aspects of your flying needs and experiences, whether they be decisional, operational or related strictly to the equipment you need to stay airborne. Plan your airplane accordingly, and don’t leave the ground without them. 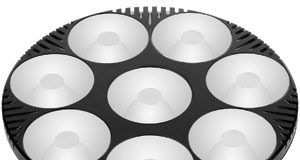 Dave Prizio - June 22, 2020
1
As everyone moves toward electronic instrumentation, the alternator is taking on a more and...