At a press conference Monday, Lycomings General Manager, Ian Walsh, proudly announced that the first Lancair piston Evolution had concluded its initial testing with the firms electronic engine controls and was at Oshkosh/AirVenture for all to see. First flown with a non-electronic TIO-540, the Evolution flew again with the fully electronic engine on July 2. According to Walsh, The baseline testing has been done and the airplane will go from Oshkosh to Williamsport [Lycoming headquarters] for final calibrations. This is an exciting program for us, and is a bridge to new engines capable of running in alternative fuels. Lycoming has been running and flying versions of the IE2 since 2007, said Walsh. The company will seek certification of the system in 2010.

In other news, development of the IO-233 Light Sport engine has been further optimized and will commence ground and flight tests after the show. The lightweight version of the venerable O-235 has been further updated through customer feedback; for example, it can now be ordered with an engine-driven fuel pump. Lycoming expects to be shipping the engine into non-certified markets by the fourth quarter of 2009, with certification scheduled to conclude in late 2010.

Lycoming also announced that its Thunderbolt line of Experimental engines has continued to grow in sales and choices, and that its Echelon line of STCd engine replacement programs will grow by one to include installation of the Experimental-first IO-390 into a Mooney M20 airframe. The first example, shown last year, was an STCd installation of the 390 into a Cessna Cardinal RG airframe.

Walsh concluded the conference by reiterating Lycomings push to test and approve alternative fuels. I want to say we’ve heard a lot of talk about alternative fuels and the replacement for 100 low lead, but the truth is we don’t yet have a solution. This problem is not solved. It will be, but it isn’t yet.

Bob Hadley - October 19, 2022
0
Every aircraft has tie-down points. Most of us never give them a second thought... 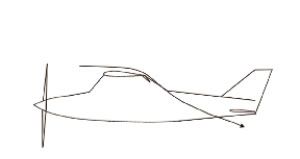 Barnaby Wainfan - May 20, 2009
0
Tail stalls have been in the news lately-Barnaby Wainfan dissects this phenomenon, and clarifies what to do and what not to do.