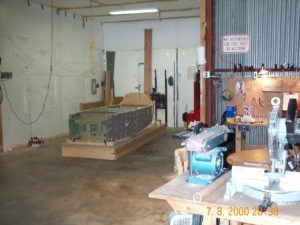 Agency grants extension requests from EAA, CAF, others
September 2, 2014 – The Federal Aviation Administration will allow an additional 30 days to comment on its proposed hangar-use policy under an extension granted Tuesday following multiple requests from the GA community.

EAA early last week submitted a request for a 60-day extension to the comment period based on the intense interest the policy had generated in the general aviation community. Other extension requests were submitted by the Commemorative Air Force (CAF) and by U.S. Rep. Sam Graves (R-MO).

“EAA felt that more time should be granted for the public to weigh in on this important issue for those who have hangars on airports that receive federal grant assurances,” said Sean Elliott, EAA’s vice president of advocacy and safety. “Although we had asked for a 60-day extension, we will continue to get the word out to make sure those who want to submit comments do so within the extra 30 days allotted.”

As EAA reported last month, many people thought that FAA already had a comprehensive airport hangar-use policy at facilities that receive FAA airport funding. That is not the case. The proposed policy is intended to prevent non-aeronautical uses that eventually work against airports and hurt their long-term preservation for intended aviation use. A clear policy guides airport managers and users to what is allowed and what isn’t. It also protects activities that some airport managers might choose to attempt to ban or curtail, such as the construction of homebuilt aircraft or restoration projects.

While EAA will submit its official comments near the final deadline, its comments will focus on three areas that need further consideration or redrafting:

“We hope the FAA recognizes that this should not be a one-size-fits-all policy, as what may be advisable hangar policy for large metropolitan commercial airports is not practical or desired for smaller airports that are local education and social hubs as well as an air operations facility,” Elliott said. “Certain activities still need to comply with local codes and ordinances such as fire codes and commercial-use restrictions, among others.”

Elliott also noted that FAA’s airport grant assurances are a two-edged sword: Federal funding of local airports and the rules associated with the use of those funds are often are the only thing that keeps local governments from unilaterally closing a local airport on a political whim or curtailing various personal and recreational aviation facilities. However, as with any grant issuer, public or private, the money can come with rules attached as to how the money can be spent and the assets they for can be used. EAA’s goal is to ensure the grant assurance permit the aeronautical activities while protecting airports we need and love.