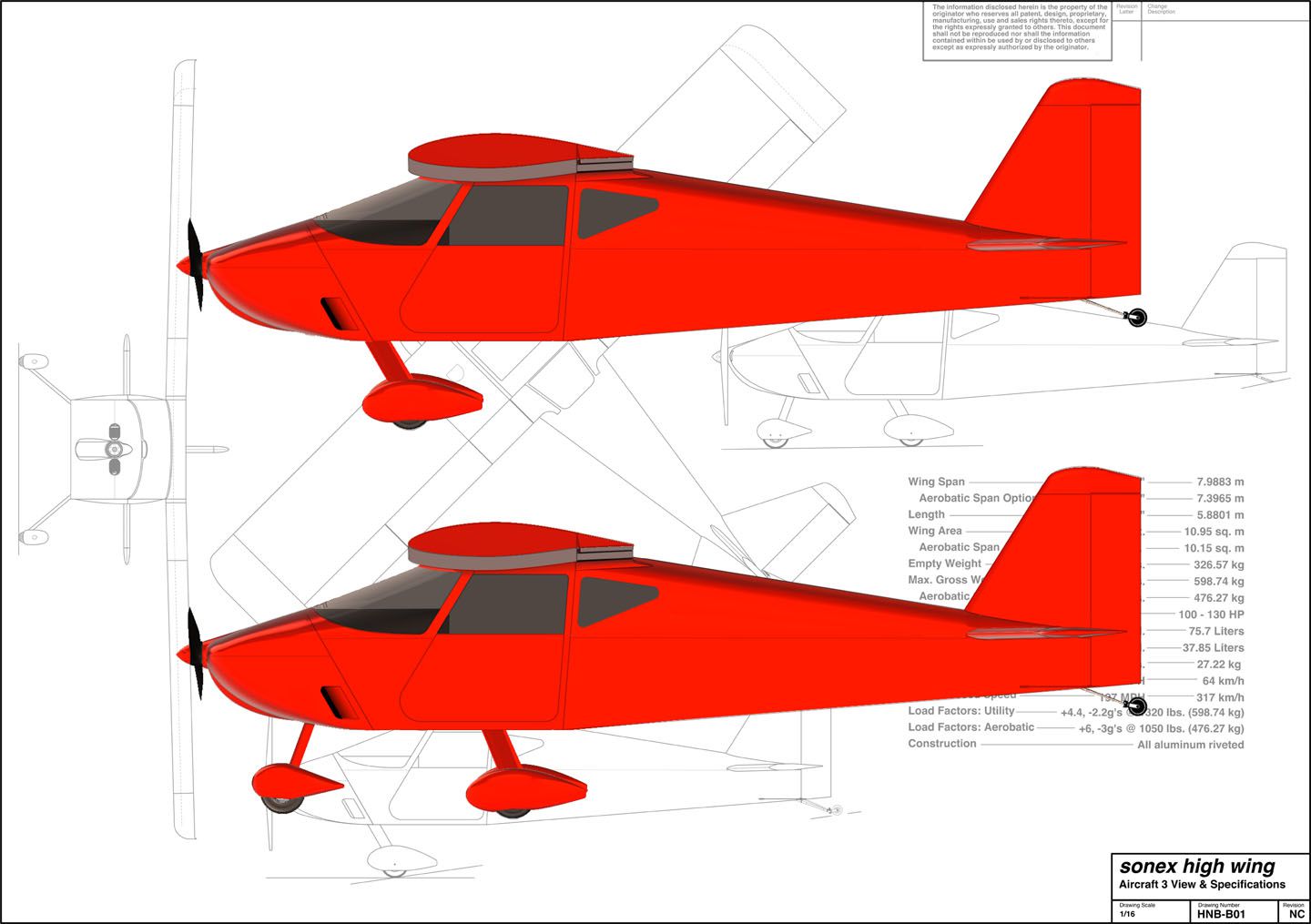 Sonex Aircraft announced a new high-wing design today, adding to its lineup of low-wing aircraft. The new model, slightly reminiscent of the Wittman Tailwind should be available by late summer 2023.

The aircraft will be offered in a Y-tail and a T-tail version, as well as a taildragger and tri-gear, but its primary purpose will not be as a back-country plane. The cabin can accommodate larger pilots and passengers than the current Sonex fleet, and just like the other two-seaters, this one will have a side-by-side seating arrangement.

“While many kit manufacturers today offer high wing aircraft with a backcountry mission in-mind, we are making our cantilevered wing aircraft in the Sonex tradition of sleek, efficient aerobatic and cross-country performance”

Gross weight is said to be 1320 lb with an  empty weight of 720 pounds and baggage capacity of 60 lb. Builders can use AeroVee, Jabiru, UL Power and Rotax engines while the fuel capacity will be a 20-gallon fuel tank and auxiliary 10-gallon tank in the inboard wings.

The Sonex High Wing features removable outboard wing panels, similar to the SubSonex, with a fixed inboard wing section. The width of the aircraft with outboard wings removed is 89-5/8” allowing the completed aircraft to fit in enclosed trailers. 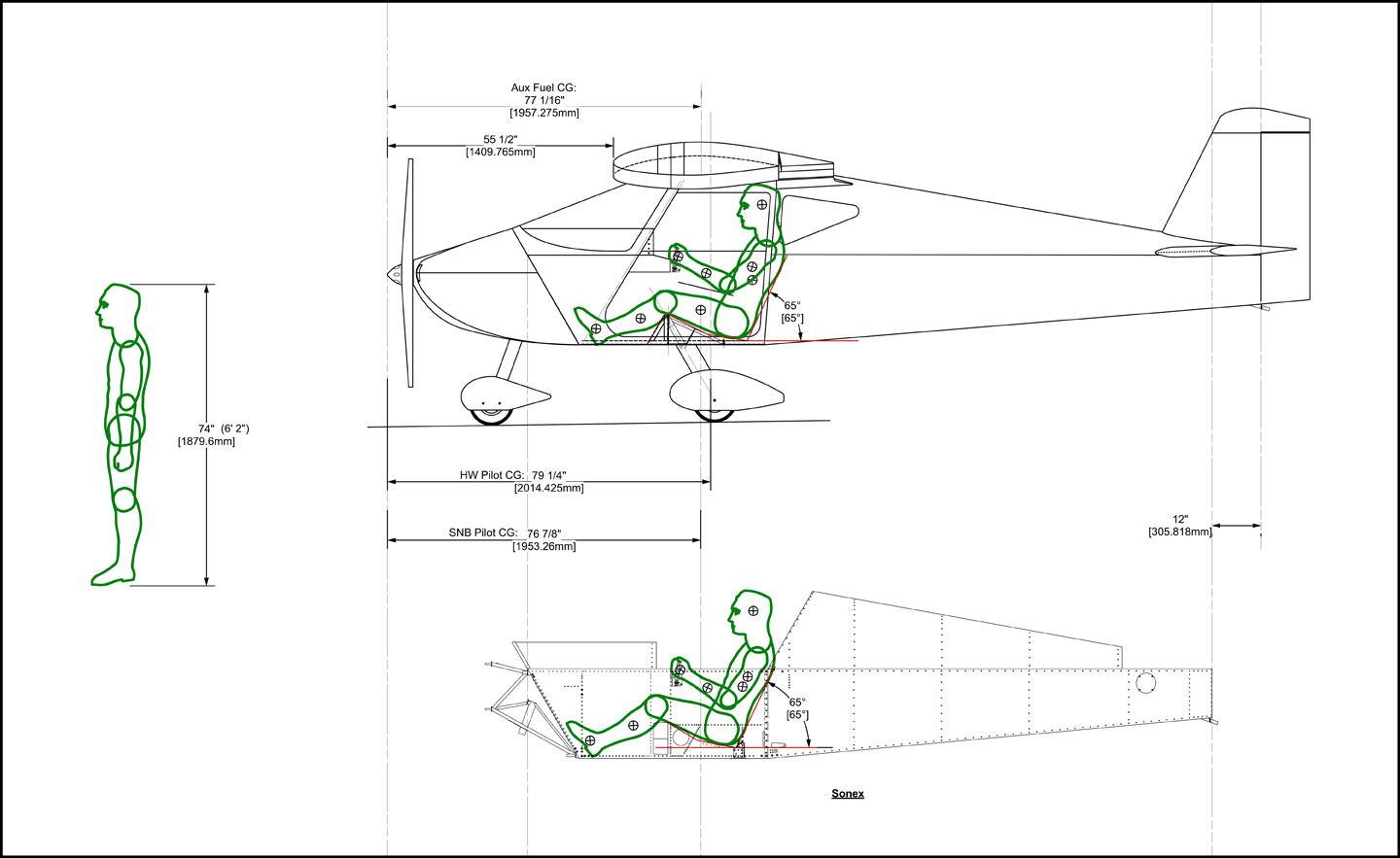 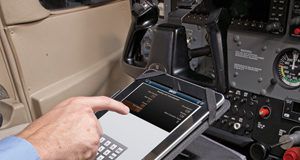