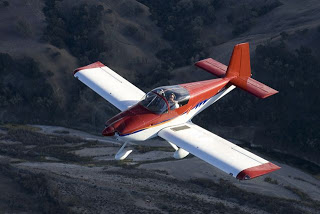 Among the current kit manufacturers, Van’s Aircraft is indisputably the volume leader. Nearly 5600 RVs are flying, and like all other kit manufacturers, the company has a lot to lose if the guidance behind approval of kitbuilt airplanes becomes significantly stricter. But founder Dick VanGrunsven was, in an interview Friday, concerned but far from panicky. In fact, he is “cautiously optimistic” about the overall picture for homebuilts, which includes the potential for certification under the Primary category.

But for now, VanGrunsven is focusing on the short term, rallying builders and pilots of all Experimental/Amateur-Built aircraft to contact the FAA in support of the existing rule structure. “We need to get the word out,” he said, “so builders can write the FAA. We need to prove that what we have now [in quickbuild kits] is good and that builders benefit. Pilots and builders have a big part to play. Potentially, it’s the best thing we can do right now.”

He is concerned that changes to the rules “could be disastrous” if taken to the extreme. “We have had similar FAA meetings before, where little change resulted. And we thought this round was more about fine-tuning the certain regulations and directives. We spent a lot of time debating ‘shall’ or ‘must,’ but we were surprised where it went, regarding the compliance checklist.”

In the final report released on Feb 15, the FAA said that it was in agreement with several proposals offered by the Amateur-Built Aircraft Aviation Rulemaking Committee to reduce “excessive” commercial builder assistance, but could not reach consensus on ways to determine who gets credit for fabrication and assembly among the kit manufacturer, commercial assistance and the builder of record. In the report, the FAA gave little to no hint on how the new guidance would be written. “But indications are that the checklist [the 8000-38 form] will get tighter,” VanGrunsven said.

Considering the ways new rules might alter the makeup of quickbuild kits as we know them, VanGrunsven said, “The best case is that the quickbuild kits will become a bit more basic, maybe putting 10-20% back onto the builder. We could do that and still have a reasonably attractive product. Over the years, FAA-accepted rules interpretations have permitted quckbuild kits to evolve as they have, benefiting both builders and kit companies. Our job will be to convince the FAA that the way the industry has evolved [in terms of the quickbuild kits themselves] is generally favorable.”

According to VanGrunsven, “Our objective was to stay as close as possible to the current rules. In our initial proposal, we wanted to look at a couple of current quickbuild kits and create a new checklist from that. Now it looks like the FAA is going to create the new checklist first and then see how it fits the actual kits.”

In the meantime, as the industry waits for the FAA to publish a draft of the revised Advisory Circulars, builders can continue their work with a clear conscience. “If you’re now building a 51% rule compliant kit, there’s no problem. The old rules still apply,” VanGrunsven confirmed.

One reason for VanGrunsven’s moderated optimism is the hope that the Primary category could be used to alleviate the stress. “With Primary, all the rules change. The ‘major portion’ rule goes out the window. Getting the FAA to look at this as an alternative is a legitimate possibility,” he said.

Check back this week for more analysis on the Primary category. 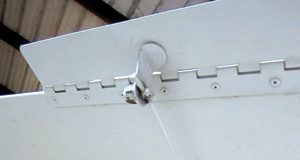