I’ve done this before, last year when I flew the new Murphy Radical, so it wasn’t completely an unknown feeling when I lifted off with bicycles dangling off the wings of our Dream Tundra this weekend. But it is still hard not to look out the windows to either side and not chuckle just a little bit. It’s just… odd… to see them hanging there as you lift off and climb out.

I’ve ben fiddling around with components for the racks for a couple of months, basing the design on drawings supplied by Murphy Aircraft. I made a few changes due to availability of materials, but basically stayed with the Murphy design. The racks attach to hard points on the forward and aft spars of the Tundra, and the bikes are each secured at three points–each wheel is strapped to the backbone, and the frame is held by a strut and cradle. I was not happy with the amount I could move the bike from side to side on the ground, so I added a streamlined strut that attaches to the seat post with a quick release clamp, and stretches over to the aft lift strut, where it connects using a Heim bearing. The result is a very stiff mount, with no bike movement.

We began the flight testing cautiously, with slow taxiing, then a tail-high pass down the runway. That was followed by a lift-off and touchdown on the same pass, with inspections after each of these runs. I was then ready to go fly, and do some testing. I climbed over unpopulated desert (just in case something decided to self-jettison) and was able to fairly quickly expand the envelope from stalls to Vne. Of particular interest was response to side-slip, and even using nearly full rudder, the results were unspectacular. Everything just stays put.

Finally, speed. Well, there’s a lot of drag out there. With normal cruise power setting  (Lean of Peak) and altitude, we get about 115 knots TAS with this airplane bare. With the bikes hanging out there, that was reduced to about 104. It will go faster if I richen up and burn more fuel – typical cruise at peak is about 120. With the bikes, about 108.

So there you have it–you CAN take bikes along, at the cost of speed. But the intent isn’t long cross-countries, its getting out in to the Nevada back country and having some transportation when we get there. For that–it looks like we’ve got a winning combination.

Left to go–simplifying the bike attachment (currently, some long straps wrapped numerous times), cleaning up some hardware, and then – its off to the wilds!

Watch the video of the test hop:

What was that strange plane doing taxi tests and a short flight over the airport today? That was a Paul Dye checking out the flight characteristics of our Tundra with two mountain bikes suspended under the wings. Success! Paul has been working on the design and build for several weeks, based on the Murphy Radical. We're ready for trips to rural areas for a little mountain biking! 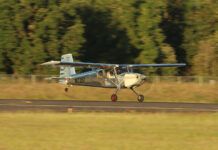 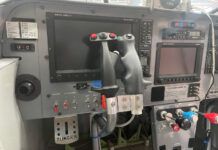 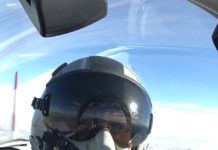 Foolin’ Around with Design and Fabrication 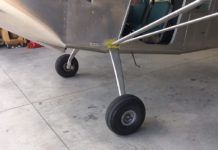 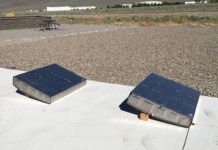 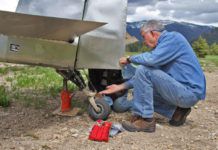