Home Newsline Kneeboard Notes Planning for the Storm—on the Ground!

There is one thing for certain about a week in Oshkosh in July – you WILL worry your way through at least one strong thunderstorm. And while there is little you can do if it decides to hail (historically unlikely), and a tornado (less historically unlikely) is the nightmare scenario that you can’t do much about: wind! The case can be made that strong winds will be on the menu so you ned to be prepared. Not just to save your plane but to save your neighbor’s plane should yours decide to go walkabout. 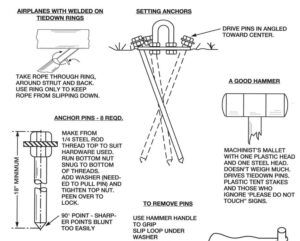 A lot has been written (and many videos have been made) about commercial tiedowns, and there are lots of opinions about what works in various soils – but the EAA has had a design out there for decades that is simple and effective for the soils you are likely to find at Wittman Field. In keeping with the philosophy of EAA, the tie-down set can be made from common hardware store materials, and the plans can be found on the internet.

The set I built from scrap material over fifteen years ago is still in service in our household, and has held an airplane securely at AirVenture every one of those years, as well as being used at numerous other events. This year, with a few days of (rare) spare time getting ready for the show, I built a new set because… well, just because. Honestly, we have a very good set of Titanium “dog screws” that were marketed many years ago, and they are incredibly strong, work well in Wisconsin soil, and simply can’t be pulled out of the ground. But I am tired of defending them to others at the show, because people think they are regular steel dog screws which simply won’t hold. So rather than defend them again, I’ll have other set of the EAA design for our second airplane!

The bill of materials is simple: 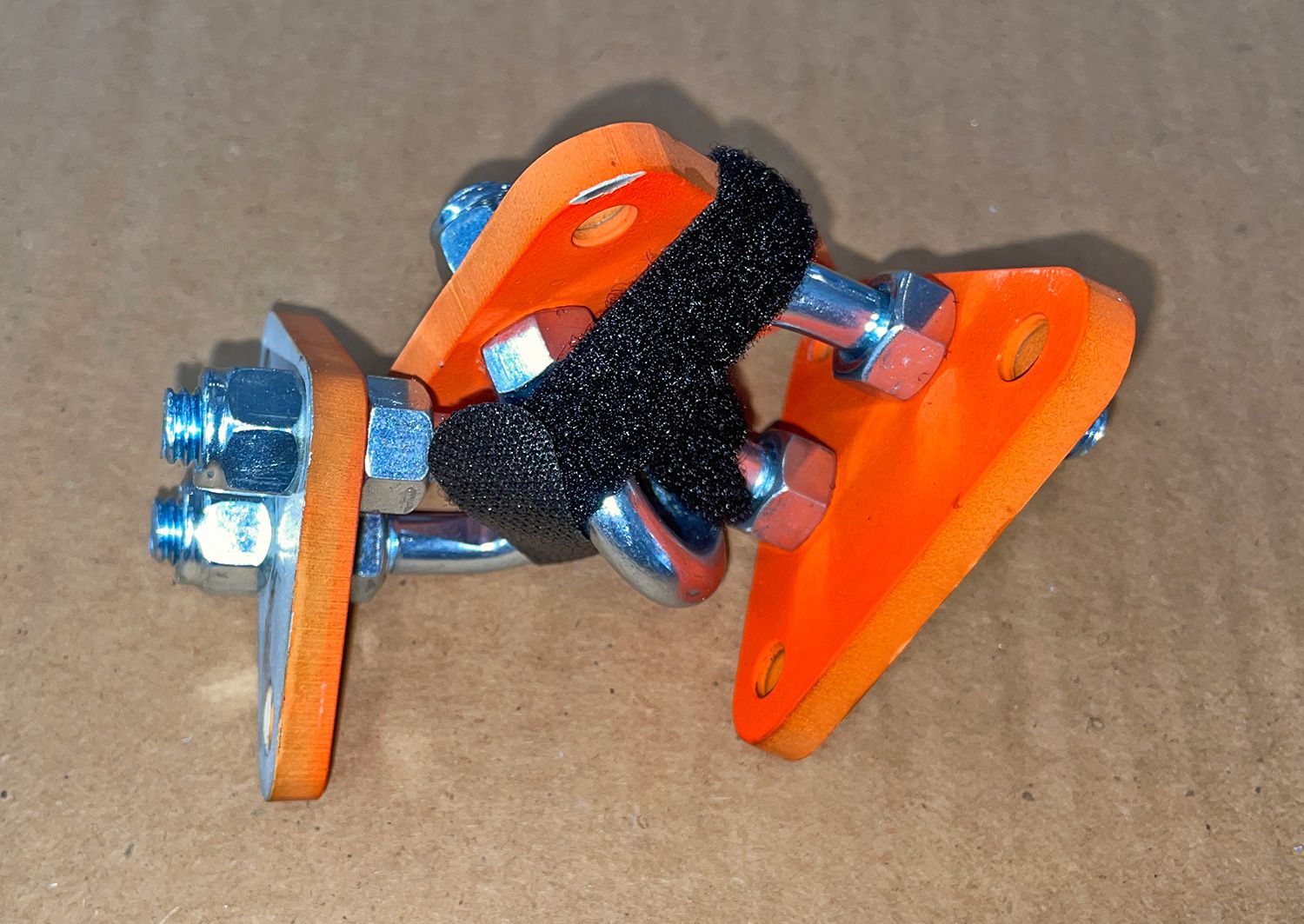 The only tricky thing about the plans is that there are some measurements missing when you try and lay it out. If you start by drawing three lines from a central point at 120 degree spacing, then put the three corner holes in place, give yourself appropriate edge distance, and room for your U-bolts, you’ll be fine. On trick in drilling the corner holes for the stakes is to make them bell-shaped—larger underneath than on top. This allows for the stakes to angle as required. (You can do this if you drill with a Uni-Bit, and drill the bottom side bigger than the top.)

Velcro… uhh, I mean “hook-and-loop” straps tie the whole thing together in a nice package for transport!