Home Magazine Exploring Product Review: Garmin eLearning for the GPSMAP 696
Unearth some compassion for the software engineer. Competing requirements can almost lead him to caffeine addiction or a bad Xbox habit. On one side is the desire to stuff more and more cool features into any given program, a drive spurred by competitive demands. On the other is the requirement that all those features be easily understood and accessible-and not just for the programmer, but for every potential customer for the product, a range including humans who might be impressively computer savvy or Luddites. 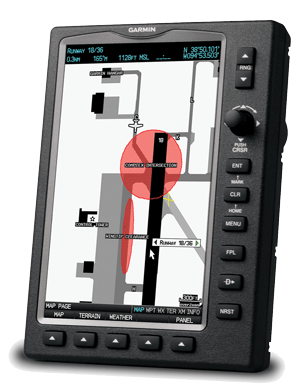 Do you know how to use the Garmin 696s SafeTaxi functions? You will after working with the new eLearning product.

Because our computerized flight aids have, in fact, become incredibly feature rich, its often not enough to open the box, power it up, and learn by poking buttons. Thats why you’ll find products like Garmins eLearning program, the first iteration of which covers the GPSMAP 695/696.

It comes to you on a CD-ROM and runs only on Windows computers. (My Intel Mac, running Windows XP in Boot Camp, initially resisted the load, but eventually came around.) Launching the program brings up a full-size image of the 696 and a straightforward menu system based on the 696s essential functions-the main system, pre-takeoff, departure, en route and arrival phases plus a quick tips section. Within each section are three possible training scenarios, a demo mode, a training mode and a solo mode-in some cases you get only the demo mode.

Demo is just that. You sit, watch the text explain what each feature is and how to get to it, then see an animated finger work the buttons on the virtual 696 in front of you. It moves at a reasonable pace, though you can pause any time, and move around within the demo mode at your leisure. The training mode takes you through real-world scenarios and asks you to find and execute certain functions by clicking on the correct buttons and knobs on the face of the 696. You’re immediately told if you did the wrong thing. Finally, there’s the solo mode, where you can poke around in the feature set more or less on your own. Compared to standing in the aisle at an airshow poking buttons, the eLearning experience is far more gratifying and detailed, much less like drinking from the proverbial firehose. And for those who really need hand-holding to learn the basic functions of the 696, the eLearning program will likely be a huge help.

Is it as good as sparking up your own unit and toying around in simulator mode? Depends on how computer savvy you are. If you have experience with other Garmin units, you probably wont need a lot of the step-by-step assistance-credit the software engineers for making the 696 relatively easy to learn-and will probably not need to spend $99.95 for the eLearning software. 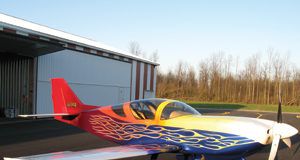