PS Engineering is adding to its product line with a 760-channel, VHF communication radio integrated with the audio panel. The PAR100EX system combines an audio panel, audiophile stereo intercom with IntelliVox, Bluetooth connectivity, and a remote-mounted VHF aviation communications transceiver, all in a small-footprint package.

For years, people have been asking us: Why doesn’t PS Engineering make radios? said company founder and CEO Mark Scheuer. Because we are so deeply focused exploiting every type of audio technology available, developing a radio would only be a distraction. But now that we have a great core of audio technologies, it is time to invest in radio technology. 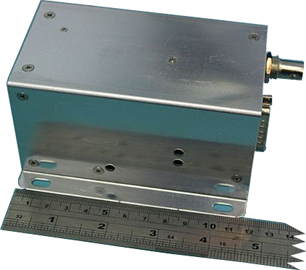 As a result, the company has partnered with Microair to integrate a radio with its new audio-panel system. This system will save cockpit space, weight, provide the most sought after functionality and cost less than standalone systems, the company says.

“Microair is excited about partnering with PS Engineering,” said Microair President Phil Ainsworth. “We are looking forward to getting into more airplanes with the PAR100EX, and the combination of our expertise will change the way Experimental and Light Sport Aircraft avionics panels are created.”

The PAR100EX’s low price may make it attractive for the Experimental and Light Sport aviation market (the unit will be FCC approved, but it will not hold FAA approval for airplanes certified under standard airworthiness), and the elimination of one panel-mounted radio will save space.

The right half of the PAR100EX is dedicated to the com radio, with an easy-to-read liquid-crystal display (LCD) that shows the frequencies, which are controlled through a concentric knob. This radio has active and standby frequencies, and a standby frequency monitor mode.

The left half has all of the audio panel controls for radio selection, intercom and music volume, intercom mode, and PS Engineering’s multiple music mute mode control. The functions of the PAR100EX are electrically independent, including the power supply, so even in fail-safe on the audio panel, the VHF radio can still be used.

The PAR100EX can be configured as standalone, as COM 2 or as COM 1. The system can be a primary VHF com, and the second radio could be a tactical or business radio.

Integrated Bluetooth allows the PAR100EX to interface with cell phones, offering ready access in the cockpit. In addition, the Bluetooth will stream music from compatible devices such as iPads, and smart phones.

The company has introduced two new audio panels that will complement its successful PMA8000-series by adding functionality in specialized applications requested by a select group of customers.

The new PMA8000C adds a third transceiver, while retaining Bluetooth connectivity for cell phones. “We had targeted the PMA8000 for the majority of cockpits, two coms and phone,” Scheuer said. “But we had many requests from businesses, fish spotters, law enforcement and the Coast Guard Auxiliary who needed a third transceiver, and in many cases this was a non-aviation two-way radio. We didn’t want to give up the phone, and Bluetooth lets us have it all.”

PS Engineering also announced the PMA8000D for dual audio installations. This unit allows for installations where the pilot and copilot (or flight crew and observer) require separate and independent audio selection.

The PMA8000D uses a proprietary digital interface (IntelliAudio) to communicate the intercom modes and transmit status to other audio panel, and avoids putting the system into strange logic states that are sometimes possible with less astute systems.