As we await the Unlimited Gold final–which might as well be a private duel between Strega and Voodoo–there is a minute to scratch out some random observations from the pits at the National Championship Air Races in Reno, Nevada.

Unlimited air racing is a world unto itself, but when visiting Voodoo, the P-51-based Unlimited that ran as fast as 554 mph during a recent record attempt, we came to see some familiar faces working there. Notably, Andy Chiavetta of Aerochia has lent his carbon fiber expertise to the machine. So far Strega and Voodoo have been running together at the start of all their heat races, but Voodoo driver Steve Hinton says Voodoo has the stuff to win in a few minutes. Everyone here is waiting to see if he’s right.

In Sport Gold, the story has been Jeff LaVelle all week. He ran fast enough to win the Sport Gold at a, for him, a fast-trotting 388 mph. Sparing partner John Parker blew up his Falconer V-12 in his Thunder Mustang early in the week and has thus been a no-show plus Andrew Findlay in the Stihl-sponsored Lancair has had a series of little issues, but they’ve been enough to keep him from showing his pace or causing retirements. That put a very much improved Vicky Benzing in second at 360 mph. Dave Sterling continues to impress. He’s also improved this year, and while saddled with a mysterious vibration ran very hard in the Gold to drive from the back to third at 357 mph. Truly Sport Gold racing is where the innovation and big-speed action is at these days.

There was a slew of more modest Sport racers again this year. This grass roots participation in the Sport Medallion level is a much-appreciated breath of fresh air for pylon racing.

There was some forum chatter regarding what was up with perennial Biplane class champion Phantom. The airplane has always been a partnership between Reno mega-veteran Tom Aberle and Andrew Buehler, with Buehler doing the flying this year. A loss of torque on the prop bolts earlier in the week had the team scrambling a bit, but all was put right and Buehler used Phantom’s combination of bleeding-edge horsepower, Paul Lipps-designed propeller and carbon fiber aerodynamics to run high and wide around the rest of the Biplane field. It’s been awhile since Buehler has piloted the twitchy little biplane so he took a conservative approach to piloting this week.

Formula One always turns in a good Gold race, and this year Lowell Slatter repeated his win in Fraed Naught over a closely pursuing Steve Senegal in long-time winner Endeavor. Both ran in the low 240 mph range. Vito Wypraechtiger reverted back to his old wing on his Cassutt III-M and took third for his effort at 228 mph.

Once again, the organizers have changed the algorithm for calculating speed around the course. This has resulted in slightly slower mph postings for everyone, so if you’re following the results online understand that for Sport Gold racers today’s mph postings are approximately 7 mph slower than last year’s. The raw stopwatch time remains unchanged, as has the physical course.

The elephant in the room is low purses for Unlimiteds. Owners say they can no longer afford to run the expensive WWII-based iron and that low prize money isn’t helping. Rare Bear is here, but sitting out the races; Czech Mate didn’t show and many of the others have been retired. Now Voodoo is being retired after this afternoon’s race–the team is selling Farewell Tour tee shirts–so it remains to be seen if the organizers will step up or where the big noise, big speed racing goes.

One thing is for sure, Sport racers are pushing the discipline forward. 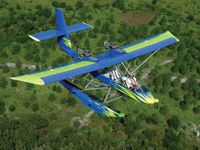 Dave Martin - February 16, 2009
0
When a former editor of KITPLANES gets an invitation to fly with a group of AirCam pilots to the Bahamas, resistance is futile. 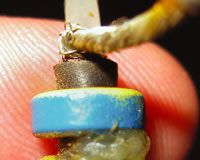