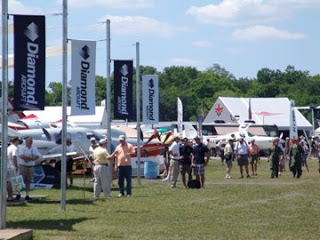 Invariably, someone always asks me the same question as I come dragging home: Was it worth it?

We all come away from Sun ‘n Fun with something, beyond the bag of dirty clothes, a little sunburn, a bit of dehydration, and a case of fatigue. Throw in some jet lag and a much lighter wallet, and it becomes a valid question.

Comparisons to Sun ‘n Funs past are inevitable. It starts early on, with manufacturers nervously comparing attendance estimates, mentally gauging whether or not the public is in a buying or tire-kicking mood. The weather is always mentioned, either as a direct influence on the crowd or as an impediment to actually flying in. And this year was no different, with a few holes in display area here and there where an airplane should have been.

Changes to the rules had their noticable effect as well. That “fat ultralight” that we flew in the past (ahem, for instructional purposes only, of course) is gone, and that impact was obvious in a much leaner Paradise City. Still, there’s always someone showing up with a better, Part 103 legal mousetrap, and this year was no exception. There certainly was no shortage of aircraft of all sorts making circuits on the grass runway. 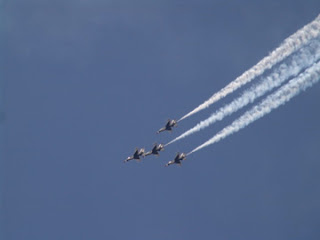 Even with a soggy start, this year’s Sun ‘n Fun had no shortage of new products, thrilling aerial acts, and of course, the Thunderbirds. Brand new Light Sport Aircraft were everywhere. The people in the Lakeland area were warm and gracious, I never knew that I had so many friends that I’ve never met before. The weather was mostly good and flyable, and there was no shortage of attendees.

In spite of the difficulties of commercial airline travel to and from, and the hour-long delays to just park the rental car in the mud, this year’s Sun ‘n Fun was one of the better ones, in my book.

Worth it? You betcha.