Home Newsline News A View From the Pylons 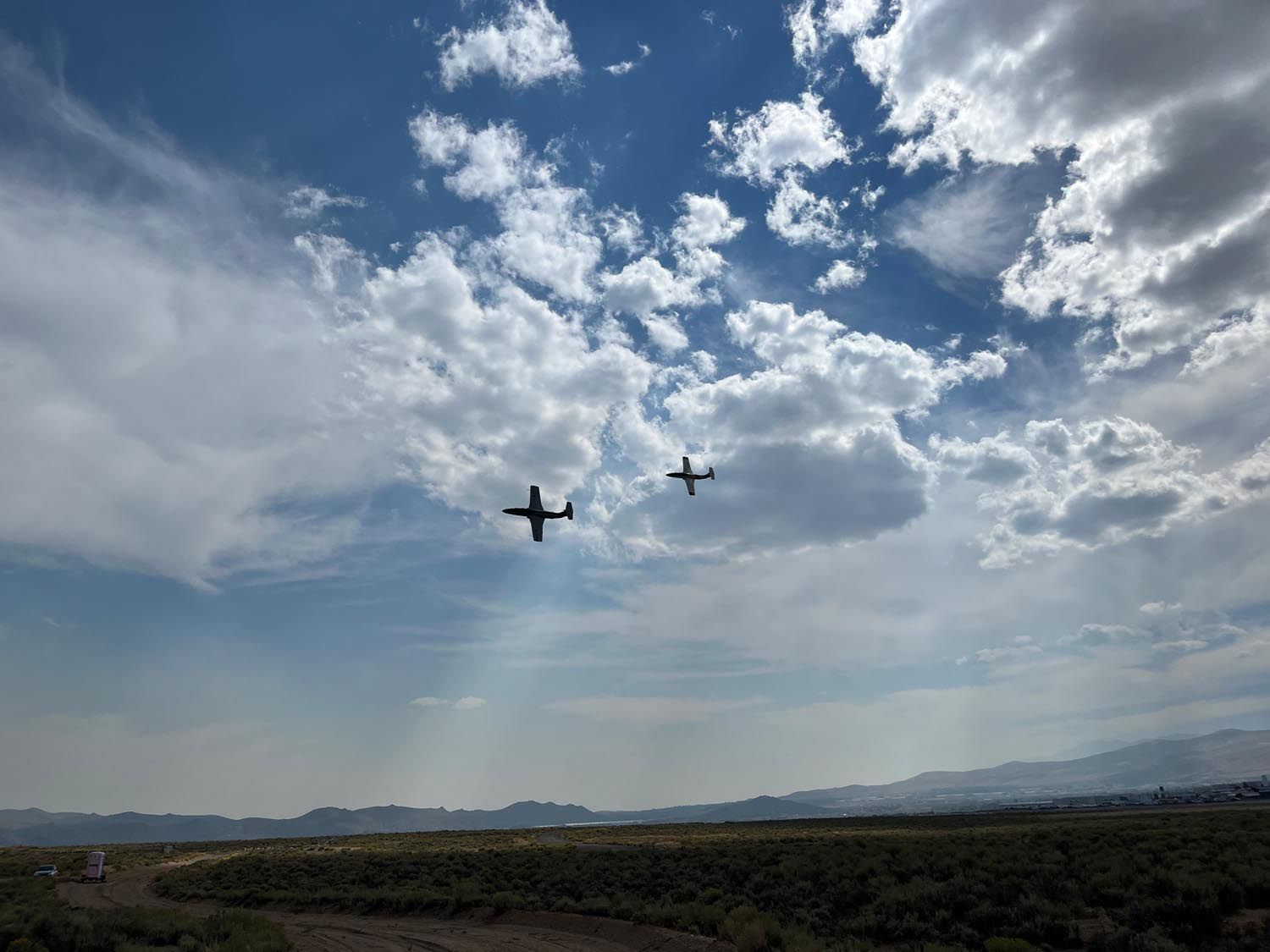 The Reno Air Races have had a few days of qualifying for the various race classes and had their first day of actual heat racing based on those qualifications. I am a Pylon Judge this year which is a very different role for me in the air races. I am on Pylon Inner 2 which has a pylon that is raised and lowered depending upon which class of racers are flying. This pylon serves only the Biplanes and Formula 1s.

Today started off very smoky, due to the current California fire. The usual pattern of smoke comes in during the evening and clears for the morning, but not this race day! Visibility needs to be at least 6 miles to conduct the races. We could see the top of the local mountains around us, but the smoke had settled into the valley and we could only see about a mile. Around 9 a.m. they allowed the STOL Drag class to finish up with their qualifications and finally by about 10 a.m. they started to finish up the remaining qualifications with the other classes.

Just before noon the first of the heat races began. It was finally time to put the training I had during PRS (Pylon Racing School) to be a Pylon Judge to work. They let you know the pairing (order of the racer numbers) and keep you informed by radio communication as to the status of the race start and other vital communications. Each pylon has a captain and crew. Inner 2’s captain is Dave, and we had a crew of six including Dave today. (Seven if you count our mascot JJ, which is a 150-pound Great Dane!) 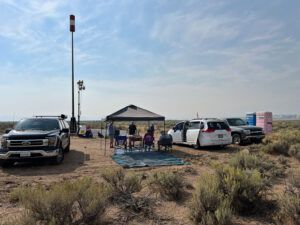 Terri and I were recording the racer numbers as they passed our pylon and all crew were responsible for watching for cuts on the pylon. A cut occurs when any part of the airplane crosses inside the pylon. Cuts cause a penalty to the pilot with additional time added to his finish.

We had two Biplane heat races and two Formula 1 races to judge. It is an absolute rush to have these planes buzz by your head at 50 to 100 feet going full blast! It’s Impossible to describe the feeling. Besides, try to catch the number on the planes when they whiz by and write them down for each lap as they go by.

The start of the race is the most challenging due to them being all bunched up. You not only have to record the order of the racers, but do that for each lap throughout the race. At the end of the race you need to report cuts. And if there is one, you need to send in complete documentation as to which racer on which lap the cut occurred. You also need to record, by lap, the order of the planes. It is super intense, but a total blast! No better seat in the house than out at the pylons! 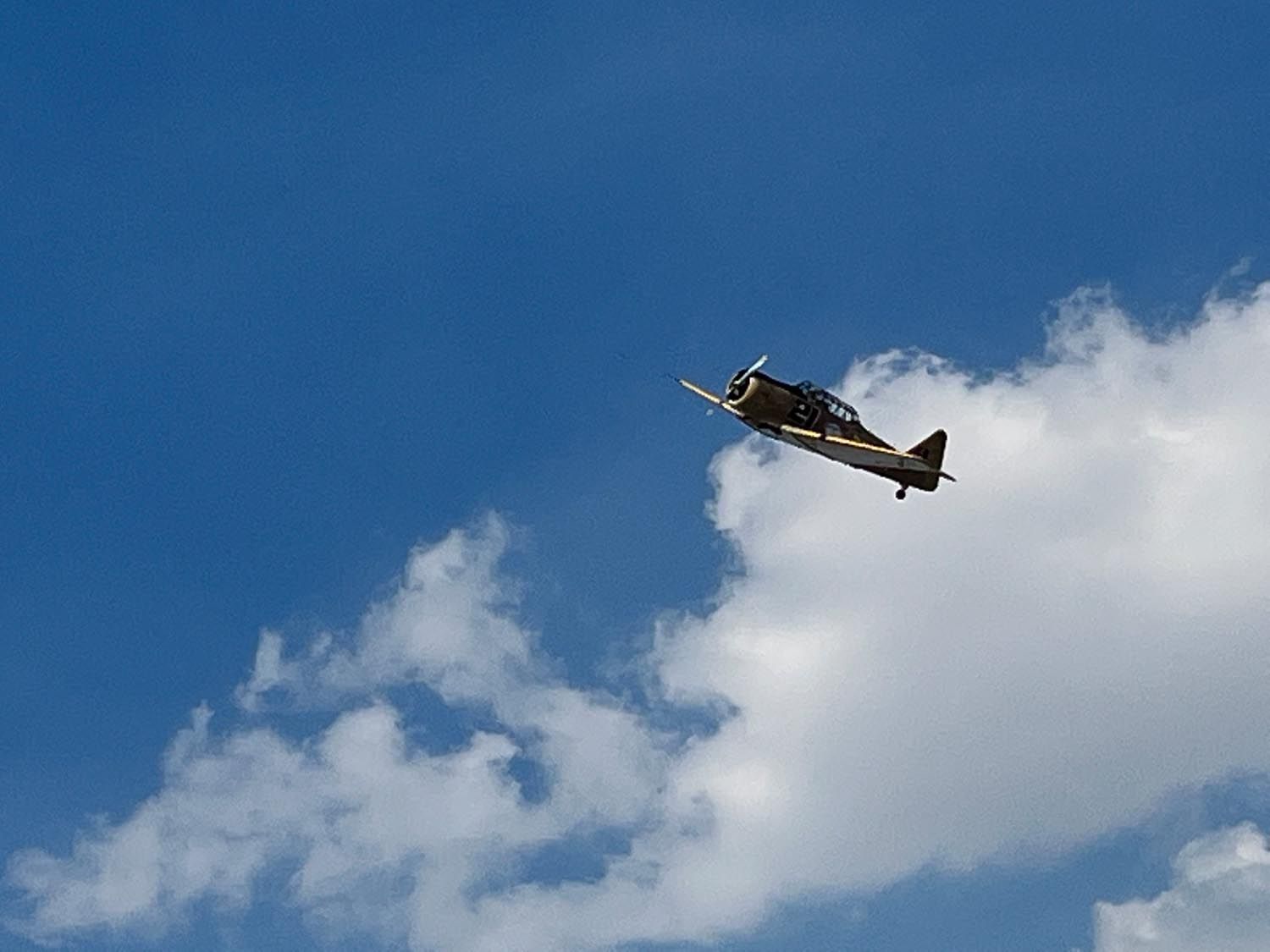 I got lots of pictures, but very few are worth sharing! Several shots of blue sky, several of a plane that’s itty-bitty or not well positioned in the frame. Just “take a bunch of pictures and see what ya get later” is the name of the photography game out there. At least you are not actively working the pylon, we get to be spectators—as long as we are clear of the course.

There are also some surprises along the way, as usual at the races, like the U2 dropping by for a fly-by—imagine that! The main hope at Reno this year is for the fires in California to get under control so the smoke can diminish—and of course, to stay safe for all!