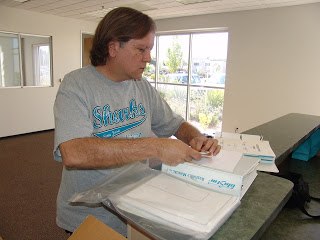 When we last visited Rick Lindstrom and Len (Ace) Rodriguez, they had just trucked their new (used) fast-track GlaStar project to its new home in Livermore, California. Admittedly, it took awhile for them to roll up their collective sleeves and fully contemplate just what they had done, but they eventually carved out a bit of time to assess the damage. Here’s Rick’s report.

The first order of business was to take inventory and organize the parts. This is harder than it looks, as some of the parts, such as the fuselage assembly (which ended up sitting on a pad on the floor), the wings, tail, rudder and horizontal stabilizer (which ended up occupying a couple levels of pallet rack), are quite large.

I personally want to thank whoever invented the forklift. 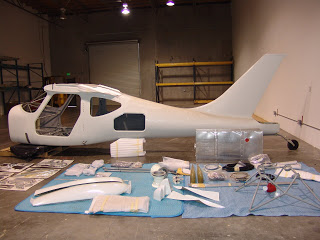 The smaller parts ended up neatly on several shelves, and the Glasair folks do a pretty good job of labeling everything with parts numbers and descriptions. There are a good number of compartmentalized containers for all of the small parts, and it takes some time to become familiar with exactly where everything lives in the small plastic boxes. The only things we couldn’t find after purchasing the kit from the original owner were the tires. Of course, it was only after I bought a replacement set for $300 that she called to report that she discovered them neatly tucked away in a cupboard, and when could I come pick them up? 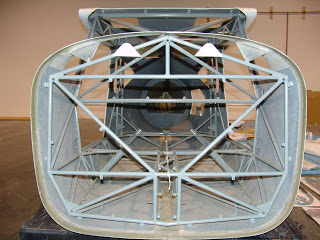 Before setting upon the GlaStar construction in earnest, we took some time to build a large, flat melamine surface 4 feet wide by 16 feet long to accommodate the larger airframe structures. It was a good warm-up for working on the airplane itself, as our workmanship was definitely on the rusty side. Not quite Three Stooges in nature, but it did take longer than we thought to get the oversized table to quit rocking fore and aft whenever it was touched. A few braces fixed this nicely, but they uglied up the structure significantly. 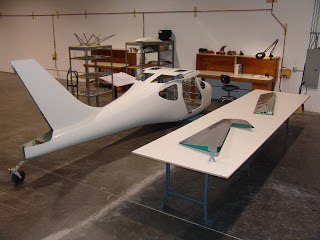 When it’s really quiet, I can hear a faint tick, tick, tick, relentlessly urging me to get back to the shop to make some real progress. I think that’s the only real cure.

Kitplanes - April 22, 2016
0
Material MattersBob Hadley wrote an excellent article that clears up what all those...