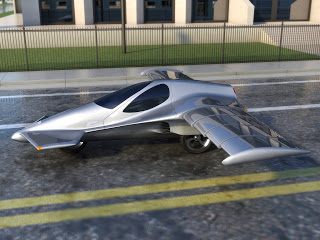 This AirVenture’s key new aircraft designs all seem to have one component in common: some kind of rotating, swinging or folding wing design. Roadable aircraft vehicles are also all the rage.

Sam Bousfield, president of Samson Motoworks, has been working on a three-wheeled roadable aircraft he calls the Skybike that solves the issue of what to do with the wings on the ground in a novel way: The Skybike’s wings telescope in and out.

“It’s been two years from my original concept of a lightweight, motorcycle-based machine that would be stable on the ground even in high wind conditions,” says Bousfield. “Our patent-pending design has a telescoping titanium wingspar and a ducted fan engine with a British Quaife Engineering transmission drive that splits the engine output to the two back wheels or, by way of a harmonic decoupler, to the ducted fan propeller.” 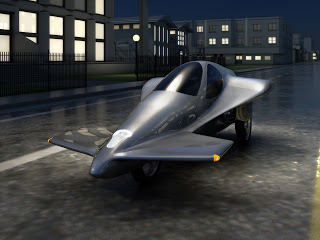 Bousfield says that Swift Engineering is currently working on a radio-controlled model for wind-tunnel and proof-of-concept testing, and he hopes to have a flying prototype available for the the AirVenture show next year. The Skybike exhibit booth is located in Hangar E.

Ishmael Fuentes - July 19, 2011
0
Many factors go into designing and building good engine mounts, including consideration of the engines thrust line and gyroscopic precession effects. They deserve our respect.