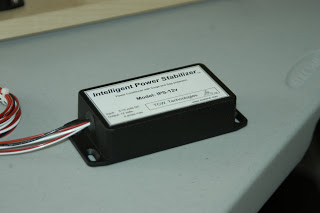 There is no question that one of the overwhelming themes of EAA’s 2008 AirVenture show is economy and efficiency. We all want to go faster and farther while expending less energy, and spending less money in the process. Bob Newman, president of TCW Technologies, is all for it.

He’s introducing his Intelligent Power Stabilizer power conditioner and surge/sag protector for aircraft avionics in Hangar E. “It’s all about economy,” says Newman. “No one wants to sit on the ramp with the engine running waiting for their avionics to boot up,” he explained. “Some EFIS and GPS units take up to 2 minutes to stabilize, and the whole time your engine is running. People are rightly afraid to boot up their avionics pre-engine start because of the possibility of a surge or sag in power, causing their avionics to reboot.” 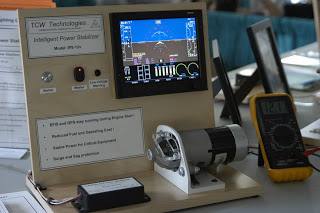 The Intelligent Power Stabilizer is wired between the battery circuit for the avionics and the avionics themselves. It will condition and stabilize the power down to 5 volts. The 12-volt model is available for $335.

What’s the Future of Homebuilding?

Marc Cook - April 16, 2008
0
Some builders of Experimental/Amateur-Built aircraft are builders in name only, deferring primary construction of the aircraft to the pros. So concluded the FAA, which is determined to clamp down on those who would flout the 51% rules. What does it mean to regular homebuilders? Those who are building now will be unaffected, but for future builders, the FAAs guidance revisions could be significant.

Marc Cook - September 19, 2011
0
Glasair’s decision to turbocharge its Sportsman model opened up the door to additional design considerations and refinements. But getting to the desired performance has proved challenging. By Marc Cook.