If you’re headed to Sun N’ Fun, visit Sling at booths N-082 & N-089 in front of Hangar A. We have a beautiful example of a customer-built Sling 2 by Bob and Joan Zaleski as well as a factory-built Sling LSA in the booth and they will be conducting demo flights out of Paradise City. And when the weather breaks, you’ll get to see a custom-built Sling 4 Turbo that will knock your socks off!

The crew from Midwest SkySports came down from Michigan and the team from AeroSports in Illinois made the trip. So drop by and say hello!

While there are no pictures yet, the Factory in South Africa has begun flying an early prototype of the Sling 4 with the new 140 horsepower Rotax 915. Target performance will be greater than 140 knots cruise at altitude with better useful load than the Sling 4 Turbo with the Rotax 914. So stay tuned and keep your fingers crossed. Maybe will see this new bird at AirVenture in July? 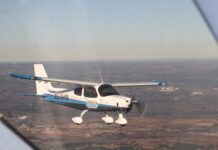 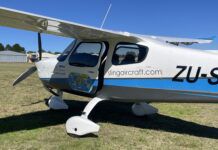 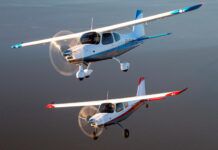 James B. Dabney - December 19, 2014
0
Are your airspeed indications accurate?

Kerry Fores - February 6, 2022
2
Airplane people tend to be drawn to all Machines That Move Us. Cars, motorcycles,...