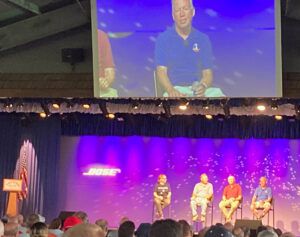 Practical jokes, touching international friendships, and the awe of urinating upside down in zero Gs were among the many stories shared last night by retired astronauts Jim Voss and Steve Lindsey along with flight director Paul Dye. Jim Voss was a five-time flown Mission Specialist who co-holds the record for longest space walk—8 hours and 56 minutes. Steve Lindsey is flew into space five-time as a Commander or Pilot and served as Chief of the Astronaut office for three year. Dye was the longest-serving NASA flight director and author of the book, Shuttle, Houston: My Years in the Center Seat of Mission Control. All three men flew their own homebuilt airplanes into AirVenture.

Several hundred AirVenture attendees had the privilege of acting like flies on the wall of the old Outpost Tavern in Clear Lake, Texas, listening to astronauts and flight directors swap stories. These self-effacing guys weren’t up there trying to out do each other with increasing bravado of derring-do. Instead, they spoke with heart-felt awe at how they had become dear friends with Ukrainian and Russian colleagues despite their early military experiences as Cold War warriors. They shared that learning to just relax and use a diaper was an essential, early-learned astronaut skill. (Apparently, lying on ones back  knees extended up, for several hours waiting for launch causes “Fluid shifting” and there is no other option.)

All three agreed that the progress by private businesses conducting space flights is a wonderful development, they also agreed that the Space Shuttle was retired too early and the air-and-spacecraft were still in excellent shape to continue flying and facilitating exploration.

After two hours, the evening ended with autographs and selfies for the audience members making for a late evening for the three NASA legends. 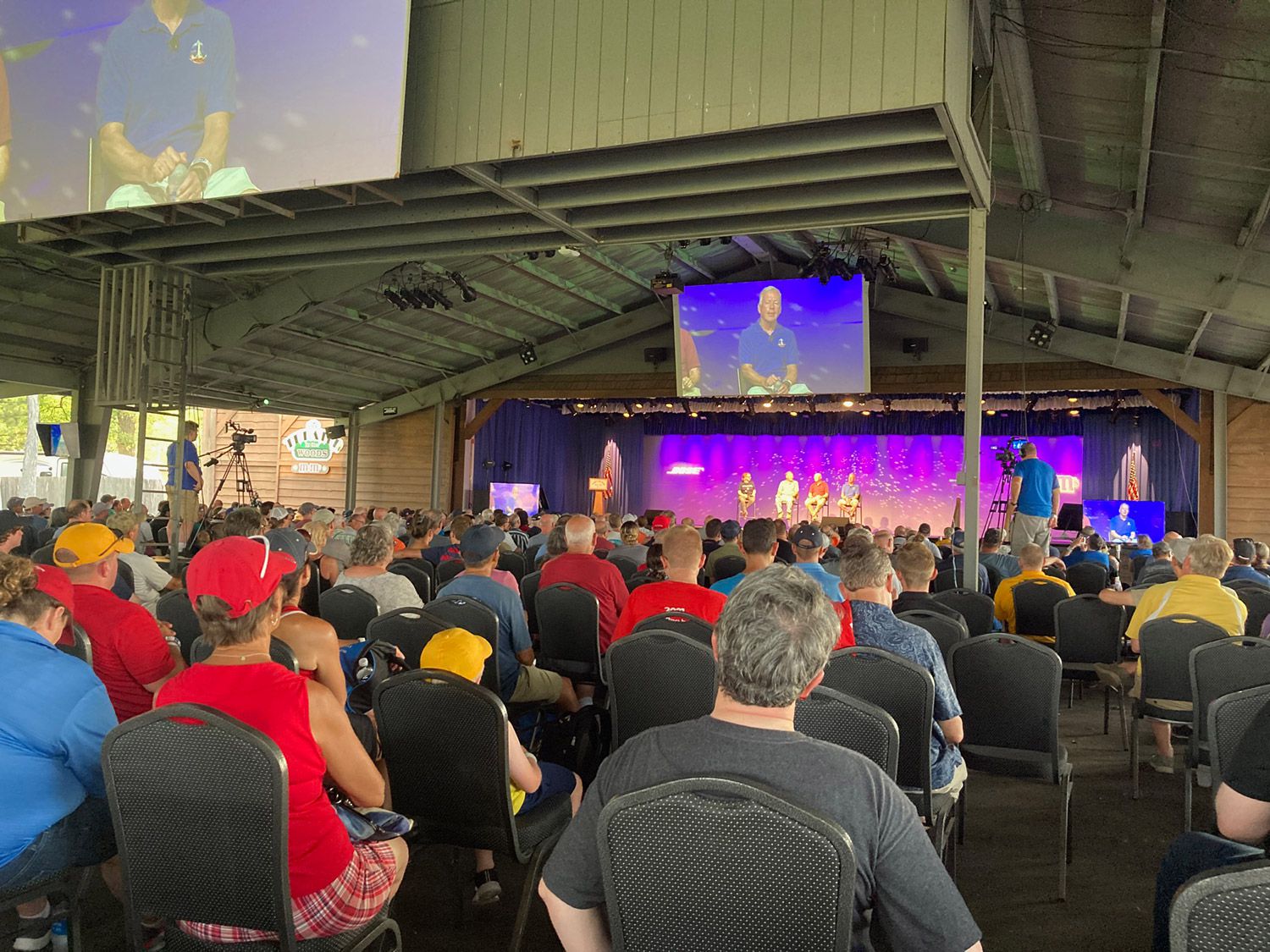 Here is an excerpt:

Doug Rozendaal - April 16, 2008
0
All it took for author Doug Rozendaal to gain additional respect for his F-1 EVO Rocket was a couple of months without it. Even though he didn’t have to go cold turkey and had other airplanes to fly, they weren’t the same. He offers an appreciation for airplanes with that fighter feeling.

Dave Martin - October 7, 2009
1
Dave Martin revisits the Evektor SportStar, and even after a three-year hiatus, he found the Max IFR to be a forgiving and delightful airplane.