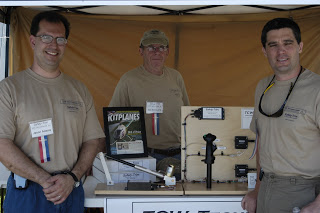 VFE. Do you know what it is? That’s the maximum speed at which it is safe to deploy the flaps on your airplane. You set it when you set up the various airspeed limitations on your aircraft before it was certified and, if you built a kit, you probably defaulted and used the airspeed the kit manufacturer suggested for your bird.

The whole reason VFE exists is to keep you from overstressing the flaps, and mechanics will tell you that it is a shame there isn’t some kind of switch to keep pilots in a hurry to “slow down and go down” from deploying flaps when the aircraft is moving faster than VFE.

Bob Newman, an electrical engineer by trade and an aircraft builder by avocation, and his partner in TCW Technologies, both designers of TCW’s popular Safety-Trim Intelligent Servo Controller, were convinced they could do for flaps operation safety what they had done for electric trim safety. 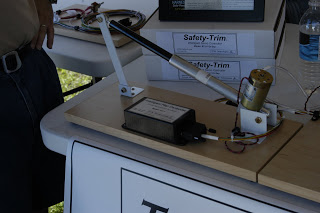 Aircraft series of flap actuators,” says Newman. “The IFC receives switch inputs from either of two flap switches, so you could mount a flaps switch on both the pilot and co-pilot’s sticks. If one goes inop, you’ve got the other. And the IFC resolves any conflicts between the switches automatically. Best of all, it gives pilots of Van’s aircraft a time-out switch so that the flap motor cannot get stuck on and run continuously.”

All of these features are great for eliminating wear and tear on the aircraft’s systems, but it is the airspeed sensing switch that will keep pilots from overstressing their machines, Newman says. The switch, which is identical to the airspeed switch in the Safety-Trim, prevents flap extension above a user-defined speed. “What is great about the switch is that it only prevents extension—if you need to retract flaps, you can still do that,” says Newman. The IFC system is compatible with the Safety-Trim, and can even use the Safety-Trim’s airspeed switch.

Marc Cook - August 10, 2010
0
As the prospect of leaded aviation fuels fades into the sunset, the search is on for a replacement, and you may not like where things are headed. By Marc Cook.