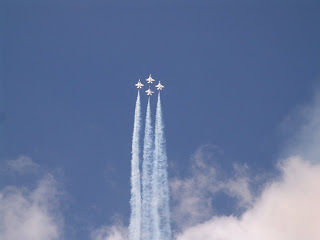 Who are the true heroes of Sun ‘n Fun? Are they the airshow performers, putting their lives on the line to entertain and thrill us? Or maybe they’re the small army of volunteers, graciously donating their time to make the event as smooth as possible. Or the event organizers, who tirelessly work year after year after year to keep the event as safe and as organized as they can.

You could make an argument that it’s really the kit manufacturers who keep Sun ‘n Fun alive, spending a huge chunk of their annual fiscal and manpower resources to give us the chance to see their product and talk to their staff in person. Some would say it’s the relatively deep pockets of the certified aircraft manufacturers that keep the annual event vibrant, as they pump in an incredible amount of coin year after year. You have to consider the ATC team as well, dealing with the daily onslaught of every conceivable aircraft type from ultralight to military war machines. 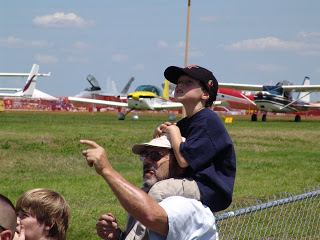 Then there’s the plethora of commercial booths and tents, both inside and out, featuring every conceivable sort of aviation paraphernalia imaginable. And if it weren’t for the food and drink vendors, the daily hoards would get downright ugly, indeed. Those guys who service the Porta-Potties deserve their due as well–without them Sun ‘n Fun would get ugly. Or maybe it’s the Florida Tourism interests that provide the foundation for the event, doing their best to keep a bright, smiling face turned toward the public eye.

So who really are the heroes of Sun ‘n Fun?

In my book, it’s the average American and his family who take the time and expend the energy to attend. He may not even own an airplane, or be building one, or have ever logged a single flight hour. But there he is, year after year, dragging the wife and kids out to the flight line. His clan waits in the traffic, hikes in from remote parking, pays the going rate for a pass, buys the pricey food and the pricier drinks, puts up with the crowds and even the occasional condescension from experienced fliers just for the chance to witness the magic of flight from a front row center perspective. Without having any dog in the fight. 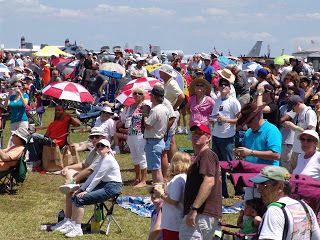 So the next time you encounter that mom or dad pulling the kids in the wagon, sunburned, overheated, but with that unmistakable gleam in the eye, consider where our aviation celebrations would be without them.

I suspect we wouldn’t have very many more.

Don Ledger - April 8, 2011
0
Fed up with the restrictions of being able to land on water only, builder Mervin Zinck came up with a design to add retractable gear to his floats. By Don Ledger.