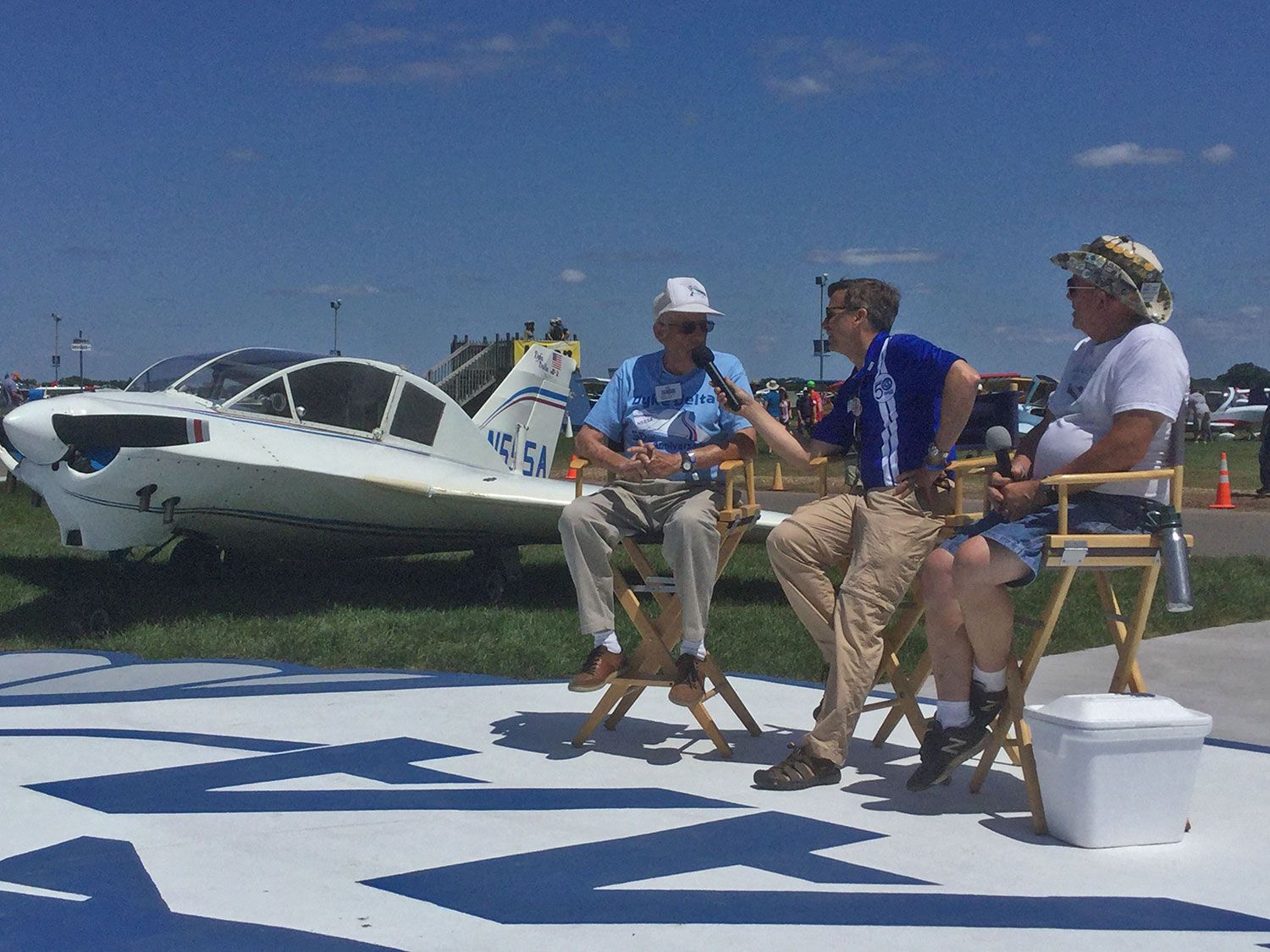 While wandering through the home built vendors area, the sound of bagpipes lofted through the air. I decided to make a quick video of Customs and Border Patrol bagpipe group to share the sounds of Oshkosh with you. I’m glad I did because they were the opening act to the first Homebuilts in Review session, featuring John Dyke and his Dyke Delta. The Dyke Delta is AirVenture’s featured homebuilt this year and every home built pilot flying in got a patch featuring the plane. There are five of them, four currently flying, Dyke Deltas on the field this week. You can see three of them tied down just east of Homebuilders Headquarters (and registration), the prototype in the museum, and the other is at the Canada display. 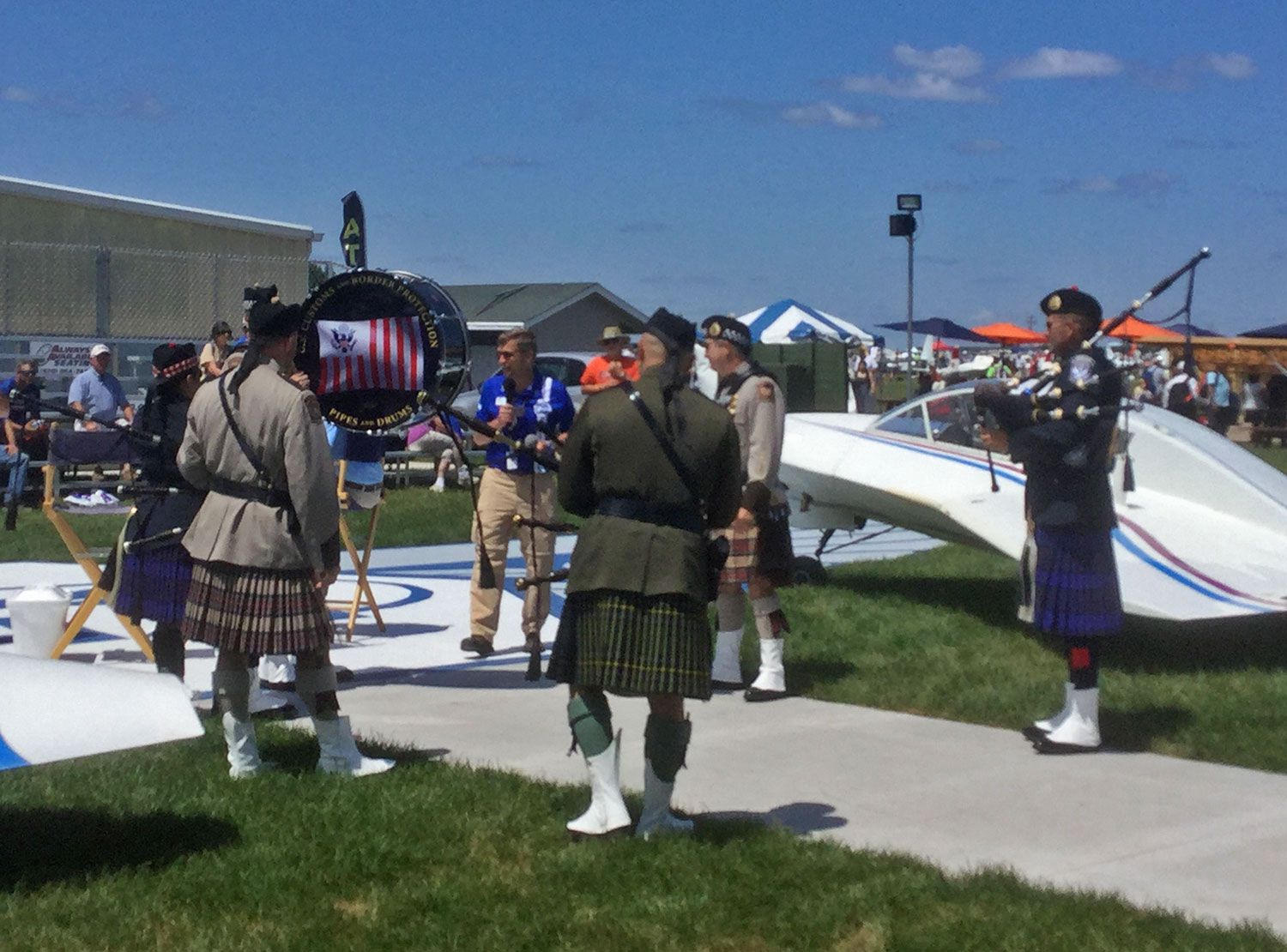 Dyke designed, built, and first flew the prototype in 1960. He flew it more than 2000 hours, making his and its last flight together in 2012. The original landing gear held up through the entire time. Earlier this year, he donated it to the EAA museum, where it is proudly displayed in the home built area. This year is the 62nd year that the Dayton, Ohio, resident has attended the EAA annual, national convention.

Dyke and Alan White spoke about their respective Dyke Deltas in the outdoor forum, emphasizing the plane’s qualities. White commented that ”It is the stable aircraft i’ve ever flown in pitch and roll.”  It climbs at 1400-2000 fpm (depending on temperature), cruises at 180-190 (presumably mph), and lands at 65-70. 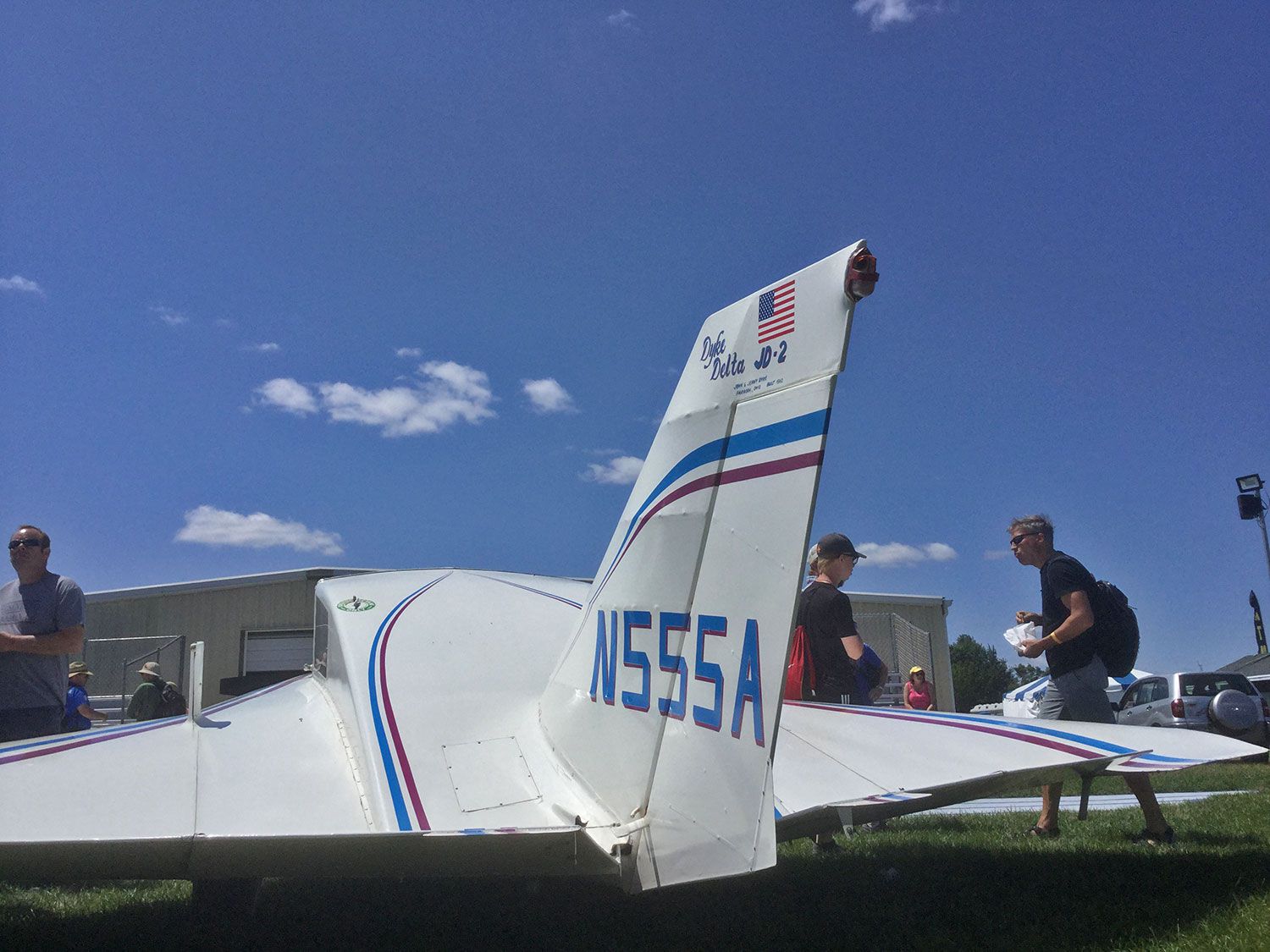 Dyke says that the plans are still available and he loves to see folks continuing to build this interesting model. 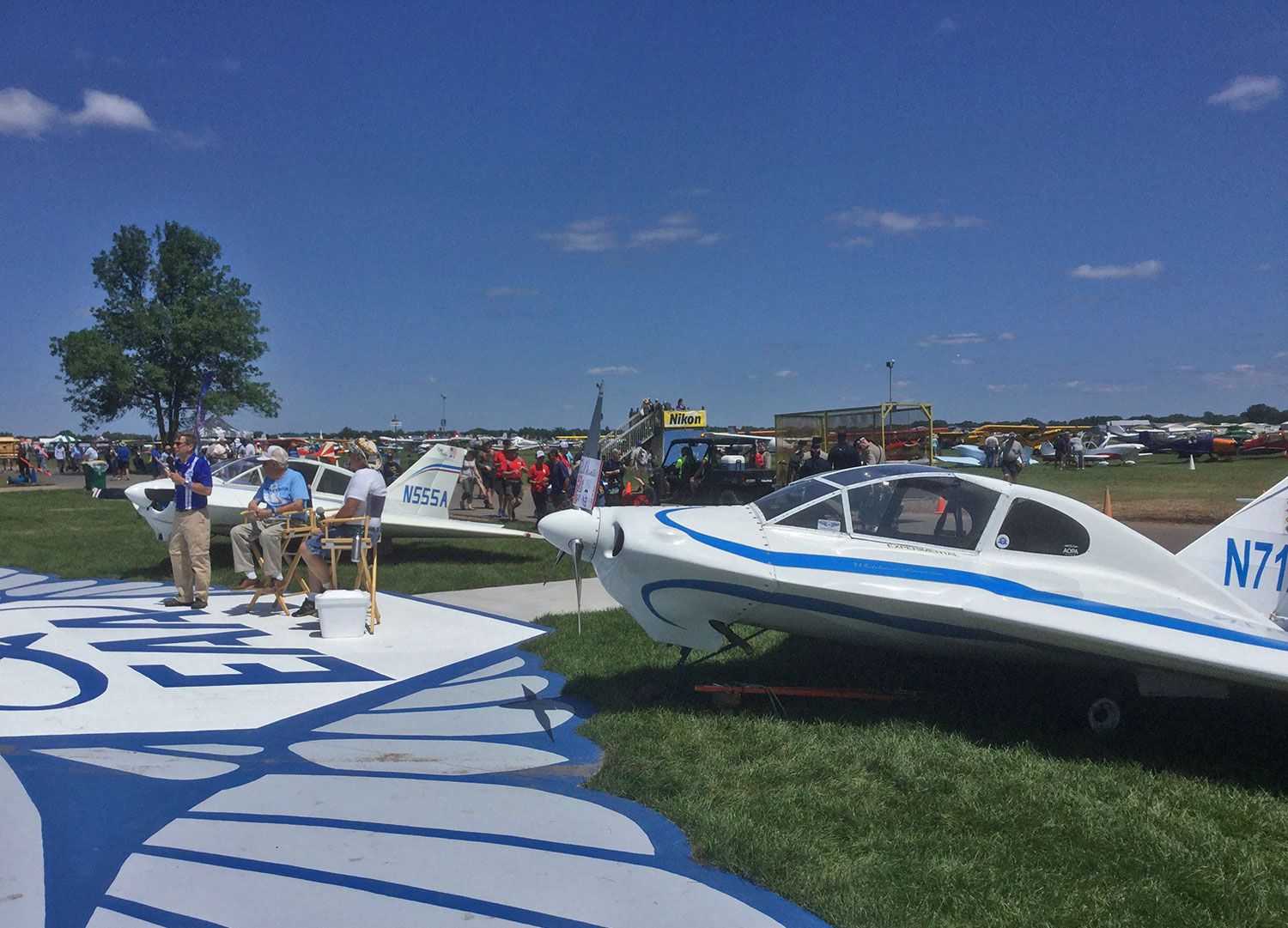 A Wooden Kneeboard for Tablets