Weve looked at the machine and done a couple of projects; now lets get into the nuts and bolts of it. Literally. For instance, how do you select the right drill if you want to tap a hole?

Well, first lets take a look at the nature of the threads. On first analysis, a thread is nothing more than an inclined plane wrapped around a cylinder. But its that wrap that makes it more than a simple wedge. Envision it as the circular ramp at a multi-level parking garage; it has a roof that limits the height of the vehicle. If that roof were variable in height and you had a tall vehicle, you might have a problem. But in our garage there’s a sign by the entrance that says the ramp is Class 3, so we feel pretty confident that its going to be consistent.

Thats exactly what is done with threads, be they on the bolt or in the hole. Class 1 is a loose fit and will go together even if it is dirty. Now, that doesn’t mean this thread is poorly made; thats an issue of quality control. Class 2 is common. Its what you usually buy at the hardware store and is what you get with the majority of AN type hardware. I always thought it humorous that we pilots are fixated on using Army Navy nuts and bolts. Class 3 designates precision fit. These are typically formed by rolling, not cutting. In addition to a precise fit, theyve another advantage: They resist seizing.

Ill digress for a moment here to discuss seizing. The action of cutting any material is to simply pull apart the molecules and atoms that are either mechanically locked together or bound by shared electrons. Cut yourself a slice of cake and look at the rough surface. When you cut a metal you’re getting that same rough finish, but on a microscopic level. The surface is, in essence, fuzzy. When you tighten a bolt you’re forcing two surfaces together in a sliding motion that is flattening out the fuzz. You’re also pushing extremely small surfaces, the individual fuzz bits on the bolt, into close contact with the fuzz on the surface of the nut threads. When you reverse direction, that flat fuzz lifts up like the hair on a dog when its rubbed the wrong way. And, like the dog, it bites you. This lifting increases the force between the surfaces and literally welds the bolt and nut together. The result is a new string of words for the Oxford English Dictionary.

How to avoid it is fairly straightforward: Use a bolt with smooth threads. The ultimate way to achieve that is to eliminate the fuzz by rolling the thread. You’ve used a threading die and seen how it cuts the metal. A rolling die, on the other hand, does not remove the metal; it squeezes it in three rollers to push the metal into shape just as you would with clay. Not only does this minimize the fuzz, it increases the strength by plastically moving the grains of the metal instead of cutting them.

The problem of seizing is exacerbated by the bolt/nut material. For instance, stainless-steel bolts on stainless-steel nuts are prone to this, so though they are great for corrosion resistance, they tend to become a permanent pair. A company I used to work for even resorted to silver plating all the stainless-steel bolts as a way of lubricating the threads. It didn’t do a lot of good, but it sounded like a zinger of an idea.

A is for external thread (a bolt).

B is for internal thread (a nut or tapped hole).

So a quarter-inch 28 2A designation tells us that we have a quarter-inch, 28 threads per inch, Class 2 bolt. Keep in mind that class refers to the geometry of the bolt. Grade describes the strength.

Even more confusing is if we were to go into the hundred or so other thread forms including pipe, ACME, BAE, metric and Whitworth, so I wont. Just be grateful that many of these thread forms are no longer used.

If you’re like me, you have a bucket of mixed nuts and bolts with no idea of their size. While a screw-pitch gauge is handy, a plate with tapped holes in it is even handier. Remember that the screw will fit smoothly only if you have clean threads and the correct hole in the gauge.

That brings us back to the issue of drilling the hole. To get the maximum height of the thread, you’ll have to drill a hole that removes enough material for the tap to get in there, but leaves enough material for the finished thread. That, in turn, means that you’ll have to use drills that don’t always fall into neat increments of 1/64 inch. Now, 1/64 doesn’t sound like much; its only 0.0156 inch or about the thickness of four sheets of paper. But thats about 70% of the thread height of a quarter-inch 28 thread.

One way to achieve this is to have a full set of fractional drills (32 of them between 1/16 and 1/2), another set of numbered drills (0-80) and a third set of lettered drills (A-Z). Thats 138 drill bits! You wont need all of those; after all, you’re unlikely to need to make
0-80 threads often. But even if you have all the drills, how do you select the correct one? Three ways: 1. Guess. This is not recommended, as you’re likely to either create a hole too large (which results in incomplete threads) or drill too small (which leads to breaking the tap); 2. Do a quick calculation as follows:

While that sort of expertise is a neat way to show your mastery of the subject, there’s a better way to find the right size: 3. Use a tap-drill chart and read the drill size. The sine qua non of completeness is the plastic gauge from TAD. How much clearance is needed for a socket wrench? Whats the relationship between sheet metal gauge and decimal thickness? How big a hole do you need to get a roll pin to stay in place? And does a quarter-inch 28 thread require a different drill than a quarter-inch 20 thread? Answer: Yes. The 28 thread requires a #7 drill, while the 20 uses a #3 drill. There are several versions of this on the market. Google it under “screw slide chart selector.”

Still, thats not exactly painless…you still need a lot of drills. Wouldnt it be convenient to have a set of the most common taps with their matching drill bits all in one box? Well, such a set exists, and with Christmas coming up this is a gotta-have.

Of course there are times when you need a hole to be just a little bit larger, but not too much larger. For that you will still want a good set of drills, and while the entire 170 pieces is a bit too much, a reasonable configuration is an all-in-one box holding 115 of them. This is much better than a drawer full of bits, because not only can you find what you want, you can easily spot the one thats missing. Knowing that you’ll have to move the workbench to get it may be of small consolation.

Although a decent shop will have all 115 drill sizes, my favorite combination is to have the matched set of taps and drills paired with the Bullet-brand drills from Black & Decker. These bits are unusual in that the ends of them are ground to smaller drill bits, so you get the no-wobble advantage of the combined drill/countersink and can then continue the drilling.

They also have the cutting edge ground so that the outermost diameter cuts first. Without that tiny drill on the end they would not have the self-centering effect of standard drills. But with the outer edge doing the cutting, you get a cleaner, minimum-burr exit when drilling through. Ive also found that they resist grabbing when cutting fiberglass, so they’re my first choice in almost all situations.

Burrs do happen though, and sometimes you need a countersink to accommodate a countersunk screw. Look closely at these countersinks, and you’ll see that not all cutting edges are alike. That small one with a hole drilled through it is dandy on aluminum, while the multi-flute versions work well in fiberglass. The straight, single-edge tools are good, general-purpose types. I have all three types because they are inexpensive, and if one is not working well for a given material and thickness, I try another. Be aware that they come in different angles of 60, 82 and 90. Most screw heads are either 60 or 82, so buy both and know which one you need when you grab it.

With your appetite whetted you want more, right? Where can you find it? You may have shopped around and seen such tomes as Machinerys Handbook and been put off by the price of $110, not to mention the 2618 pages. Its overkill for the beginner, anyway. But there is a nice little book out there titled The Starrett Book for Student Machinists that can be had for $8 from www.useenco.com. Its about 150 pages and only 4 x 6 inches in size, but has a lot of good information for beginners and not-so beginners. It has weights of materials, how to set up for knurling, sharpening a tool bit, figuring out what the material is by what sort of sparks it gives off when grinding, how to select hacksaw blades and a lot more. Its in need of an update for those wanting to become professionals in that it barely acknowledges computer-controlled machines and makes no mention of computer-aided drafting, but for the beginner/home machinist type its quite good.

Its other failing is that it has the tap/drill chart buried in the middle of the book. Thats not too big of a problem, though. A visit to the local machine shop supply will usually get you a free poster or a pocket-size plastic one that includes metric sizes and a lot more. For the moment, heres one showing the most common sizes.

Trust me, this is not the entire story about threading. If it all seems a bit complex, consider that up until the 1970s bicycle manufacturers had their own thread forms. To buy a bolt for your bike you had to go to that dealer. No, I don’t mean 1870s. This particular insanity finally died a quiet death, but the trend toward standardization stalled when the issue became the demise of all but metric. So when you get that book, be glad that even though you’ll see references to dozens of thread forms, there are not nearly as many as there used to be.

Editors note: If you have specific questions for author Bob Fritz, or if you have certain projects youd like us to cover, email us at editorial@kitplanes.com with “Home Machinist” in the subject line. 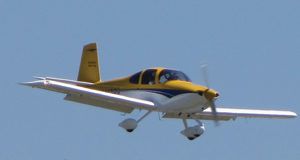 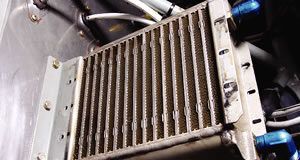