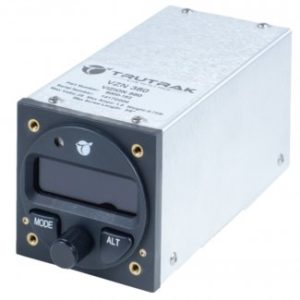 TruTrak is a maintstay in the experimental market with its well-regarded, sophisticated autopilots at affordable prices. Now, following the lead of EAA and Garmin, TruTrak aims to make its new Vizion autopilot available for certified airplanes, starting with the Cessna 172. And this is no stripped down wing lever, but a full-featured three-axis autopilot that even includes some envelope protection with minimum and maximum airspeed protection and an emergency wings-level button.

In this podcast, TruTrak’s Andrew Barker explained that the Vizion has track mode, the ability to follow a flight plan defined by GPS, altitude hold, vertical speed selection and altitude select. The Vizion has a variation of high-torque servos developed for the Virgin Atlantic Global Flyer project more than a decade ago that have slip and disconnect clutches without integrated software. Barker believes these are safer than typical autopilot servos. They’ve been specifically configured to accomdate the heaiver control loads of certified aircraft.

“Obviously, the 172 is important, there are still about 20,000 of those flying in the states today. Piper is equally important out there with about the same numbers in the Cherokee line. These are going to be the main focus. But the market tends to choose what it wants to have,” Barker said. That means heavier and faster aircraft such as Bonanzas and Mooneys might eventually be considered.

The target price range of the Vizion is about $5000, plus a couple of days of shop time to install. Barker said no schedue on approval–which will be done under AML-STC similar to the EAA and Garmin EFIS projects–is promised, but the company is hoping for a six- to eight-month time line.