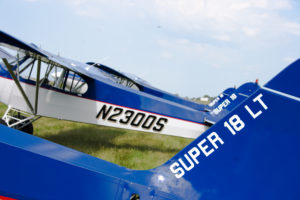 The Dakota Cub Super 18-160-EXP and Super 18-LT-EXP have been added to the FAA list of approved amateur-built kits, ensuring that the completed aircraft will meet the FAA 51% rule when built as instructed.

The Super 18 is based on the venerable Piper Super Cub and features Dakota Cub renowned slotted wing technology as well as other refinements. Dakota Cub Super 18s feature a majority of FAA-PMAd parts, the same parts used in the construction of the Part 23-certified Super 18-180.

The Super 18-160-EXP is designed for the Lycoming O-320 and can be equipped with a variety of propellers, including the MT composite constant-speed prop. The kit features a wide-body fuselage that is 4 inches wider than a standard Piper PA-18 Super Cub fuselage. With more baggage capacity, modern technology and construction, and comfort, the Super 18 is a capable backcountry airplane, the company says.

The Super 18-LT-EXP is an LSA-eligible amateur-built aircraft that features a standard PA-18 fuselage to keep weight down. With an extended baggage compartment and all the upgrades of heavier aircraft, it offers Sport Pilots an airplane that uses PMA’d parts unavailable on other kits. The Super 18-LT-EXP also features Dakota Cub’s slotted wing and 90-inch flaps, giving builders a true backcountry aircraft that is also LSA-compliant. It can be built with a higher gross weight for those who are not Sport Pilots.

Dakota Cub has been building FAA-PMA’d parts for Piper Aircraft for nearly 20 years and is a leader in high-performance modifications for Super Cubs. Extensive experience improving these aircraft for off-field operations drove the design of the Super 18, the company says. 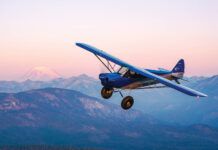