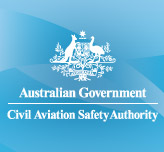 The Australian Civil Aviation Safety Authority will place a set of precautionary operating limitations on aircraft powered by Jabiru engines. This is a revised set of revisions from those originally published, and will allow the use of Jabiru-powered aircraft by student pilots, something not allowed in the proposed restrictions presented over a month ago.

These precautionary limitations follow a high number of Jabiru engine failures and power loss incidents, some of which resulted in aircraft forced landings.

More than 45 Jabiru engine failures or in-flight engine incidents have been reported in 2014, with CASA recently becoming aware of incidents in previous years.

Problems with Jabiru engines include failures of through bolts, flywheel bolts and valve train assemblies, as well as cylinder cracking.

CASA is currently working with Jabiru and other stakeholders to identify the causes of the engine problems and to implement appropriate solutions.

Causes being investigated include design and mechanical issues, how aircraft are flown, and maintenance-related issues.

CASA consulted with the aviation community on the Jabiru limitations, receiving more than 630 comments. Many pilots maintained they had the right to accept the risk of engine power loss and argued that this right should be extended to passengers and trainee pilots.

CASA revised the proposed limitations after taking account of the consultation comments and other relevant information, and considers that the limitations now to be made appropriately manage the safety risks.