Home Newsline Kneeboard Notes What Do You Suppose… 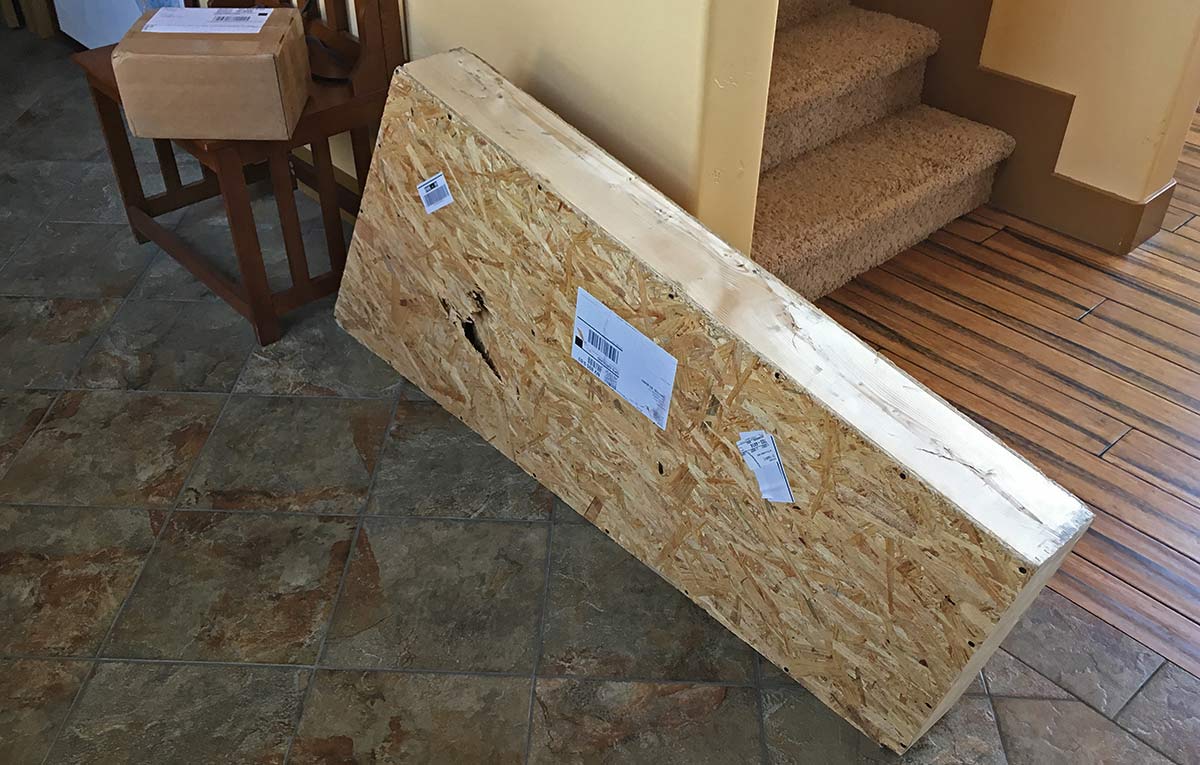 Now what do you suppose is in such an odd-shaped box? I figure that UPS and FeedEx drivers (not to mention the long-suffering local mail carriers) have given up trying to guess what shows up with such frequency at homebuilder’s houses across the globe. Especially when you reach than final few percent before final inspection, you’ll be placing orders for fittings, nuts, screws, and what-knots several times a week – and they all show up at the door or mailbox these days.

This interesting package was sitting in the patio this morning, and until I looked closely at the label, I didn’t have a clue what it was. All became clear, however, when I saw the shipper’s name “Sebastien Heintz” of Mexico, Missouri. Sure enough, this is a genuine Zenith rudder kit! A few months ago, Zenith introduced a new version of their rudder that can be built as a practice kit in just a few hours. I missed out on the festivities when they showed up at the Sebring fly-in with numerous kits and corralled passing aviation journalists who were expected to build them before passing GO. Sure enough, I saw numerous examples posted proudly on social media websites by these GA aficionados, many of whom had never before picked up a Cleco or rivet puller. It was a good advertisement for the simple ad robust nature of the kit that such luminaries and flyers of Spam cans could produce an airworthy part!

Sebastien had promised on the phone that I would get my chance, and sure enough – here we have a box of parts to give us some enjoyable shop hours. It will go nicely with rudders we’ve built from several manufacturers, and I look forward to building my first Zenith part. It will have to wait for at least a week and a half, however – we’re busy here getting computers and cameras (along with kneeboards… we always expect to fly at shows) ready for Sun ‘n Fun. We’ll be there early to sample some new machines and will be reporting on what we find as the week goes on. Join us on the internet at kitplanes.com if you can’t join us in sunny Florida!